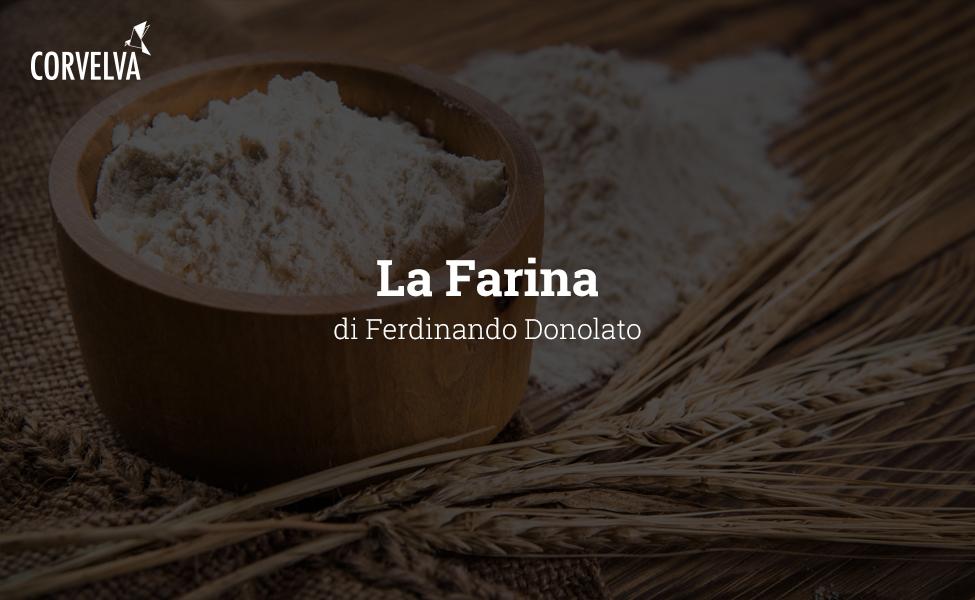 We must always ask ourselves: what kind of wheat does this flour come from? A grain useful to our body, or a grain according to the law which, however, has nothing to do with us? Two types of flour are obtained from wheat: that of durum wheat, for pasta, and that of soft wheat, for bread, cakes, pizza, crakers ...

The pasta to be cooked certainly derives from the ancient lasagna (laganum) of puff pastry already present among the Romans and perhaps among the Etruscans. This puff pastry was baked in timbales of pasta and ricotta or fried in oil and sweetened with honey. Until a few years ago, pasta was a "party" food.
Towards the end of the eighteenth century it began and became more used, in the Veneto every wealthy family prepared the integral bigoli at home with the bronze die. Slowly this practice spread and women became very skilled in preparing home-made pasta with soft wheat flour combined with egg.
In Naples, pasta is dried on the streets on special poles.
Durum wheat spaghetti are an invention of the nineteenth century.
Only after 1960 did pasta spread to every family as a daily food, in Italy and worldwide.
This success is due to the short time that can be spent on cooking. This must make us think: the eating habits of our days are very recent. While years ago the flour used to make the pasta was wholemeal, today the pastas are mainly white, that is, starch in a particular way, thus losing all their natural nutritional value.
White flour began to spread in the late 1800s when metal cylinder mills were invented. The reason for this enormous success is clear: white meant clean, luxury, candid, after the dark period of the Middle Ages it could only be a success.
Another word to indicate this type of flour is "refined", this term indicates something delicate, gentle, beautiful, so feeding on something wholemeal becomes almost "filth": let's reflect on this particular.

These mills as well as being able to separate the various parts of the grain very well (and give flours that leave many doubts about their "energetic - vital" power), have cylinders that heat the flour which in this way loses precious vitamins and enzymes. Furthermore, the fats contained in the germ are oxidized. And to finish the iron of the cylinders, it releases ions to the flour modifying that food that our organism knew.
Fortunately for those who want, you can safely find whole-wheat flour properly ground, using slow-turning stone millstones, in this way the flour does not heat up, there are no problems with iron ions, and oxidation is very reduced. These millstones allow less crushing of cellular structures: this allows to still preserve a large part of the enzymatic activity of the wheat.
The paste that we know is dried with hot air competitors. Now, the faster this air gets hot, the faster the pasta dries. This method destroys the useful enzymes contained in the pasta that we need for its digestion.
On the market there are unroasted, stone-ground and slowly dried wheat pasta, this is food for our mind and body.
Industrial pastes "according to the law" are usually food for the medical class and the pharmaceutical industries: the excessive use of white paste and starch, in addition to causing mucus with the consequence of colds, bronchitis, sinusitis, otitis, also involves a deposit of "glues" in the blood system with the consequence of poor blood flow and the formation of atheromas.

Flour is the main ingredient for baking and making desserts and it is on this statement that we must dwell carefully. Flour is the product of the milling of wheat, which is "broken down" into some by-products: flour, bran, bran, farinetta, germ. The bran is the outer shell of the wheat grain, generally it is separated and sent to human non-food uses. The germ is separated at the beginning of the grinding, to prevent its rich oil content from oxidizing and rancid the flour, the flour has poor bread making properties, the bran, rich in fiber, is an excellent product mixed with flour.

The flours are distinguished in soft wheat and durum wheat flour.

For its use the wheat must be ground and this occurs in a certain number of operations:

Durum wheat, which come from hot and sunny areas, contain a large amount of protein (gluten) and are ideal for the production of pasta even if durum wheat is also used in the South for making bread (the famous Apulian bread).
The durum wheat flours are yellow in color and decidedly more grainy.

By grinding durum wheat a coarser, sharp-edged flour is obtained: semolina. This product is suitable for the production of pasta, semolina pasta, in fact.

From the re-milling of the semolina we obtain re-milled semolina, called semolina or durum wheat flour, which is used to produce durum wheat bread, typical of Puglia, Molise and Basilicata.

The soft grains they are richer in starchy substances and less proteinic than hard ones (although these components vary widely between one variety of wheat and the other), they give white flour, have a fine consistency and find their optimal use in bread-making and in the pastry shop.

Determination of the strength of the flour

The most important property of the flour is its strength, that is, the ability to resist processing over time. The strength of the flour derives from the quality of the ground wheat to produce it, therefore from its content protein, in particular that of gliadin e glutenin. These two simple proteins placed in contact with water form a protein complex ditto gluten which constitutes the supporting structure of the dough represented as strength of the flour. It is a sort of lattice inside the mass of flour and water that makes it compact, elastic and capable of retaining the starches and possibly the gases of the Proving thus forming the characteristic bubbles of the spongy structure of bread and other leavened products.
Based on the quantity, but also on the quality, of the gluten contained in a given flour, the mixture with water will have more or less resistance (P) and elasticity (L) and the time required for leavening will also vary.

The world leader in the production of systems to determine the strength of the flour is Chopin with its Alveographer. This machine is capable of determining the bread making factor W, that is the area of ​​the final layout that draws the Alveograph given by the resistance P and by the elasticity L. The technique consists in mixing 250 gr of flour with lightly salted water for eight minutes, obtaining from this dough five round "pastine" . These will rest about 15 minutes at 25 ° C in a special compartment of the Alveograph, and then be placed on an air blowing system which will test their resistance. The "pastine" will swell and according to the volume of the sphere obtained, there will be the P, L and W of the flour. It goes without saying that the bigger the sphere, the more strength the flour will have.

A high W value indicates a high gluten content; this means that the flour will absorb a lot of water and that the dough will be resistant and tenacious, and that it will rise slowly because the meshes of the gluten grid will be thick and resistant. Conversely, a low W indicates a flour that needs little water and that rises quickly, but which will give a light and not very consistent dough (and bread).

Here is a rough index:

If we really don't know which flour is ours, we can do a little test: we mix 100 g of flour and 60 of water: if the resulting dough is very sticky then the flour is weak, if it is consistent then the flour is strong. You can have fun doing some tests with the flours you normally buy so you will have an idea of ​​what you are using.
So the flours are not all the same: the choice of flour often depends on the
successful preparation.