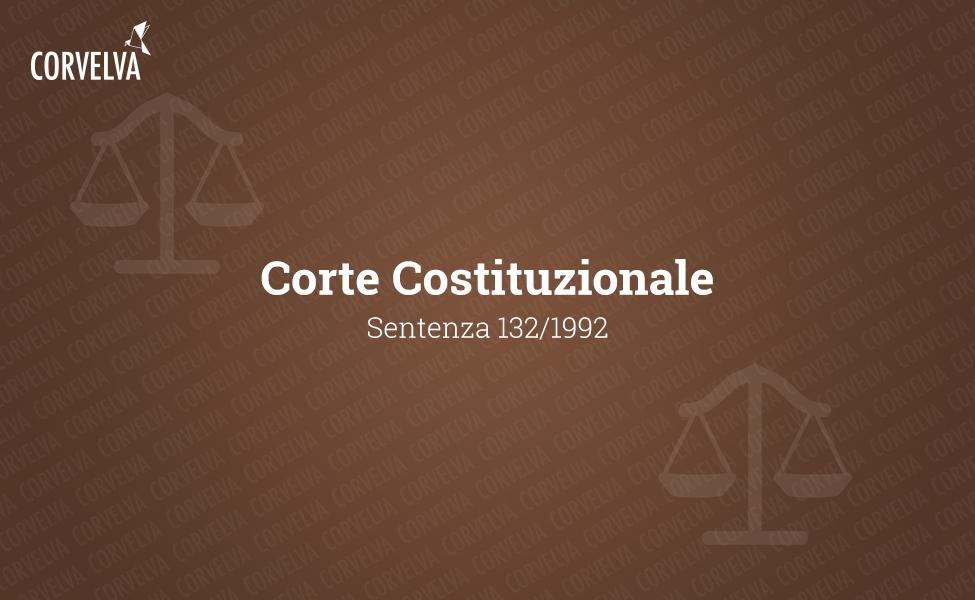 Judgment
in the judgment of constitutional legitimacy of the law 4 February 1966, n. 51 (Obligation of polio vaccination), promoted with an order issued on April 18, 1991 by the Court of Appeal of Trento - Section for minors in combined civil proceedings, promoted with complaints from the Prosecutor of the Republic for minors of Trento against Calore Gabriella and others, registered under no. 537 of the 1991 ordinance register and published in the Official Gazette of the Republic no. 34, first special series, of the year 1991;
Having regard to the act of intervention of the President of the Council of Ministers;
Having heard the Judge Rapporteur Ugo Spagnoli in the Council Chamber of 22 January 1992;

Felt in fact
The Prosecutor of the Republic at the Juvenile Court of Trento, having heard from the health officer that some parents had failed to subject their minor children to mandatory vaccinations, including the polio, and that the officer himself had failed to practice said vaccinations, he asked the aforementioned Court to declare the forfeiture of these parents from the parental authority or, in the alternative, the provisional custody of the minors to the social service for their submission to the prescribed vaccinations. The Court rejected the requests, believing that they were functionally directed to carry out a compulsory health treatment outside the cases provided for by the law and, therefore, against the provisions of art. 13 of the Constitution. The public prosecutor filed an appeal against the decrees with which this decision had been taken, representing that this situation prejudiced the health of minors and their education (since they would have been inhibited from attending compulsory school due to lack of vaccination) and requesting, in the alternative, the appointment of a special curator who, replacing the parents, would subject the children to compulsory vaccination. Investigated by the appeal, the Juvenile Section of the Court of Appeal, by order of April 18, 1991 (ron 537/91) found that the law of February 4, 1966, n. 51, which provides for the mandatory polio vaccination for children within the first year of age, does not establish the coercibility in a specific form of this obligation, limiting itself to providing an administrative sanction for the parent who contravenes you. This gap, according to the referring court, appears to conflict with the right to health of both minors and the community, and therefore with art. 32 of the Constitution, as well as with the right of minors themselves to education (art. 34), given that the vaccination in question represents a condition for admission to compulsory school. Hence the doubt on the constitutionality of law 4 February 1966, n. 51, in the part in which the compulsory vaccination through the health service does not provide for minors who have not undergone such treatment by those who exercise parental authority over them.

The President of the Council of Ministers intervened, through the Attorney General of the State, arguing, first, the inadmissibility of the matter - because formulated in a generic way and aimed at provoking an additive ruling by the Court - and, secondly, its groundlessness, given that Articles 330 and 333 cod. civ. already provide an adequate tool of coercion in the event that the minor is not subjected to treatment by the operator parental authority. Nor can the application of these rules be considered precluded by the imposition of an administrative sanction provided for the operator with the power of the country that does not fulfill this obligation. Mass vaccine-prophylaxis transcends, observes the lawyer, the sphere of individual protection to acquire a precise meaning of social protection. To protect this collective interest, the administrative sanction pursuant to law no. 51 of 1966. Articles 330 and 333 cod. civ. instead, they protect the individual interests of the minor, which must be pursued independently of the protection of the collective interest. The two areas of protection, therefore, do not overlap.

Considered in law
The Juvenile Section of the Court of Appeal of Trento raises an incident of constitutionality against the law of 4 February 1966, n. 51, on the compulsory polio vaccination, by contrast with the articles 32 and 34. This law establishes that vaccination against polio is mandatory for children within the first year of age; ascribes responsibility for compliance with this obligation to the person who exercises authority or protection over the child (as well as to the director of the institution in which the child is hospitalized or to the person to whom he has been entrusted); provides, for those who violate the obligation, an administrative pecuniary sanction.
The remitting judges believe that the law is unconstitutional in the parts in which, providing for the only penalty, the pecuniary penalty, for the purposes of the protection of the minor's right to health and education, and of the community's right to health, does not provide for coercibility mandatory vaccination of minors not subjected to this treatment by the parental authority.
The question is unfounded.
The contested law, in providing for the obligation of vaccination - which constitutes one of the health treatments referred to in art. 32 of the Constitution - it also provided for a sanction, the determination of which is left to the discretion of the legislator and cannot be criticized if not arbitrary.
This remedy must also be considered in the context of the other measures envisaged by the system for the protection of the community's right to health with respect to the risks connected with the failure to fulfill the obligation to vaccinate, as well as the measures that the system provides for the protection of the interests of the child, even towards parents who do not fulfill the duties inherent in the care of the minor.

In this regard, it should be remembered that the same law no. 51 of 1966 provides - in order to prevent the spread of infectious diseases within the community due to the lack of polio vaccination - that the successful vaccination is a condition for the child's access to compulsory school.

As for the specific protection of the health of the minor and his right to education - which must be the subject of primary consideration and which are also affected by the failure to comply with the vaccination obligation - the system provides that the juvenile judge can adopt - on appeal by the other parent, relatives and the public prosecutor, or even ex officio - pursuant to articles 333 and 336 cod. civ., the appropriate measures to subject the child to vaccination. And the competent health care worker must, for his part, report or report the omission or refusal of parents to subjects to whom the right of action pursuant to art. 336 (and in particular to the public prosecutor or, in case of urgent need to the Juvenile Court itself) in order to request the exercise of this power (judgment no. 26 of 1991).
The application of articles 333 and 336 cod. civ. cannot be considered precluded due to the express provision of an administrative sanction for the case of violation of the obligation in question. The interventions envisaged by the aforementioned regulations in fact have no sanctioning nature and, therefore, no reference can be made to the principle of specialty. Nor can it be generally considered that recourse to the measures instituted for the specific implementation of the law is precluded due to the fact that sanctions are foreseen for violating it.
As a result of the aforementioned rules, it is up to the judge to remove or overcome the operator's decisions that, in violation of specific duties, are prejudicial to the minor himself, adopting the measures that he deems appropriate in the interest of the minor.
Nor is the applicability of art. 333 and 336 cod. civ. to implement the polio vaccination of children against the will of the parents can find obstacle in art. 13 of the Constitution. It should first be noted, in fact, that the reference to this rule is irrelevant, since vaccination - or any other health treatment implemented against the child not yet capable of understanding and wanting - cannot be configured as a compulsory treatment or when it is implemented by parents or at their request, or when it is ordered, in their replacement and also against their will, by the juvenile judge.

Much less can it be assumed that in the latter cases there is a restriction on the personal freedom of the parents, as the court in question seems to assume. The parental authority over the child is, in fact, recognized by art. 30, first and second paragraphs, of the Constitution not as their personal freedom, but as a right-duty that finds its function and its limit in the interest of the child. And the Constitution has overturned the concepts that subjected children to absolute and uncontrolled power, affirming the child's right to a full development of his personality and functionally linking to this interest the duties that inherit, even before rights, to the exercise of parental authority. This is precisely the constitutional basis of Articles 330 and 333 cod. civ., which allow the judge - when the parents, failing to fulfill their obligations, jeopardize the minor's fundamental goods, such as health and education - to intervene so that these obligations are replaced by those who do not fulfill them.

for these reasons THE CONSTITUTIONAL COURT
states unfounded, in accordance with the reasons, the question of constitutional legitimacy of the norms of the law of 4 February 1966, n. 51 (Obligation of polio vaccination) with reference to the articles 32 and 34 of the Constitution, raised, with the order in epigraph, by the Minors Section of the Court of Appeal of Trento.

So decided in Rome, at the seat of the Constitutional Court, Palazzo della Consulta, on March 16, 1992 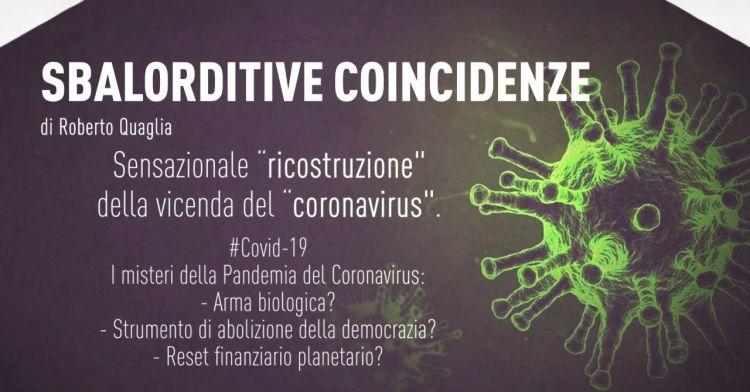