The Ministry of Health: too often it becomes an Italian shame on those injured by vaccines 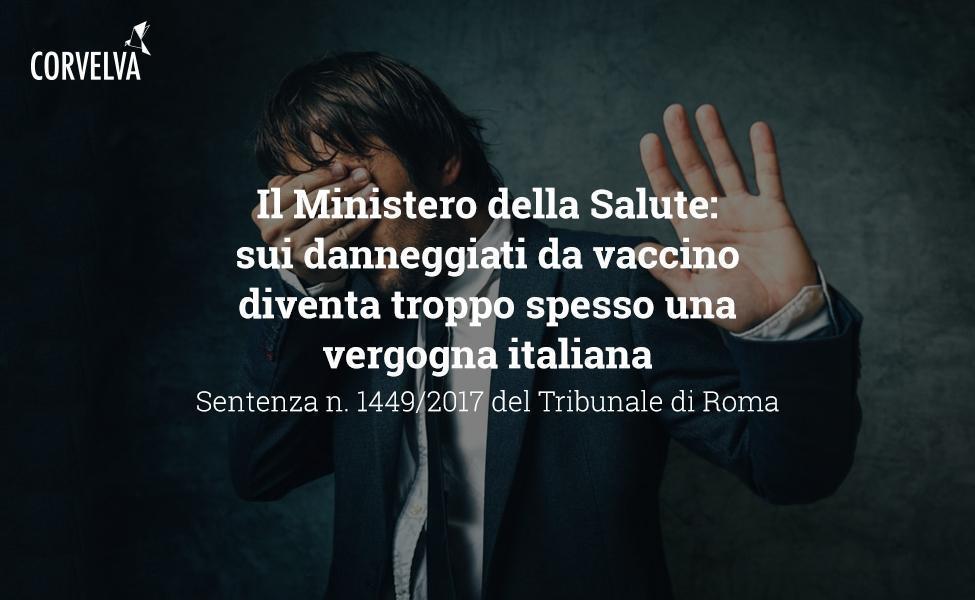 In 2001 a child is vaccinated, his life is destroyed and an endless ordeal begins for the family. 17 years later a judge, accepting the parents' appeal, condemns the Ministry of Health and recognizes the causal link between vaccination and autism. Not only that, the same judge asked the Ministry of Health for a scientific investigation by ordering to convene the head of the documentation center of the WHO regional office for Europe at the hearing. The Ministry did not follow up on the judge's request and did not even appear at the hearing any more, resulting in an "unreasonable delay in defining the procedure".

Almost 17 years to get justice and a ministry, perhaps too busy to oblige, totally disinterested in those affected by vaccines. An all-Italian shame.

In a our 2018 article 1, which resulted in an awareness campaign called "Left Alone", we tried to tell what happens in the event of damage from vaccine. No, we hadn't talked about the purely medical aspect, but about that human aspect behind a vaccine damage from the moment you ask for help and all those who come into contact with you, or with your child, will have a standard attitude: always deny everything.

To better understand what lies in the bureaucratic apparatus connected to 210 / 92 law 2, which we remember to be the law that compensates the injured or deceased for irreversible complications due to vaccinations or transfusions, we want to take a 2017 sentence as an example.

The sentence no. 1449/2017 of the Court of Rome saw the appeal of the parents of a boy damaged by vaccine, GM, against the Ministry of Health. In the case of the minor GM, the Ministry attempted to request the inadmissibility due to the timing of submitting the application, i.e. the time elapsed since the vaccination at the time that the application for compensation had been submitted to a USL, a mere bureaucratic fact therefore. As often happens, the Ministry forgets to read the entire article 3 of law 210/92, or that while the 3-year term for reporting to a USL remains in force, a peremptory term under penalty of forfeiture of the possibility of applying for compensation, the claimant can indemnify the terms from the moment in which he became aware of the damage, not necessarily concomitant to the vaccination inoculation. Substantially GM was vaccinated with the trivalent Morupar (MPR) in January 2001 but only in June 2012 did he manage to have a diagnosis of "immune-mediated encephalopathy a clinical picture of the autistic ASD syndrome with post-vaccination onset and it follows, as later found by the judge , that the deadlines were respected even if 11 years after the vaccination.

We cite some passages of the sentence to better place the picture:

"The CTU (technical consultant for the office), in his written report, diagnosed the effective existence of a multiple district encephalopathy with aspects of demyelination reliably immunomediated with post-vaccine onset and clinical picture of autistic syndrome with mild mental retardation and complex disorder. of development. "

The CTU is precisely a technical consultant and is regulated in accordance with Article 61 of the Code of Civil Procedure, or rather, when knowledge of specific matters is required for the resolution of the dispute which the judge does not know and is not required to know and when the facts to be ascertained are found only through specific knowledge or technical experience, the judging body can be assisted by one or more technical consultants. We speak in the case in question of a doctor, scientist or researcher appointed by the judge, a consultant of the judge who gave a medical and scientific opinion. In the ruling we find that "... the diagnostic evaluation of the ctu is entirely acceptable, being based on the scrupulous analysis of the available data and being immune from logical or argumentative vices".

Note that the sentence is from 2017, the diagnosis is from 2012 and the vaccination is from 2001. I hope you understand well that in the middle of these lines there is a boy, now a boy, destroyed by a vaccine. There is a family that has been fighting for 16 years and, above all, I hope it is understood that everything is there, but not the state.

While accepting the technical report of the CTU, accompanied by scrupulous analysis of the available data, the investigating judge asked the technical consultant for a supplement to investigate the complexity of the matter.

The judge asked the Ministry for the hiring of all the most up-to-date scientific literature on the correlation between Morupar vaccine (MPR) and the pathology involved, ordering for this purpose the summons at the hearing of the pro tempore manager of the documentation center of the regional office. for Europe of the World Health Organization (WHO / EURO), at the Higher Institute of Health.

Here is what is incredible for us. The counterpart cited by the judge, the Ministry, "has never followed up on the judge's order, without providing any explanation, and that indeed it has no longer appeared at subsequent hearings. Thus causing an unreasonable delay in defining the procedure. ”Total disinterest which in our opinion outlines a shameful attitude.

While the CTU responded to the investigation supplement requested by the judge in a broad and reasoned way, confirming the existence of the causal link between the vaccination of 4 January 2001 and the pathology diagnosed according to probabilistic criteria.

It should be noted that the civil trial, with respect to the criminal one, operates with the rule of preponderance of the evidence or "most likely not" and therefore the judge deemed the existence of the causal link sufficiently proven in the present case also given the whole scientific documentation produced by his technical consultant, without prejudice to the substantial refusal to proceed with the order to acquire the most up-to-date scientific literature on the correlation between vaccine administration and the diagnosed pathology of the minor

This sad story is not the only one, it is particularly emblematic but it is the practice. The Italian State, and its Ministry of Health, not only have an attitude of complete denial towards subjects damaged by vaccination, but they work to contrast fair and equitable compensation leading families to have to fight for years, here almost 17, before to see justice. All without caring about the scientific evidence.

This is Italy, this is our Ministry.

To conclude this sad story, we want to tell you that the Ministry, after failing to respond to the judge and not appearing at subsequent hearings, appealed. So GM will see this sad story come to an end in several years or maybe never. 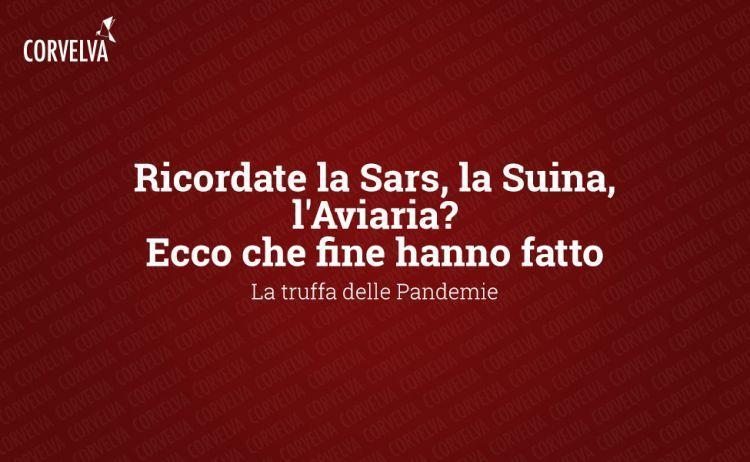