"Covid is like HIV: we will never have the vaccine" 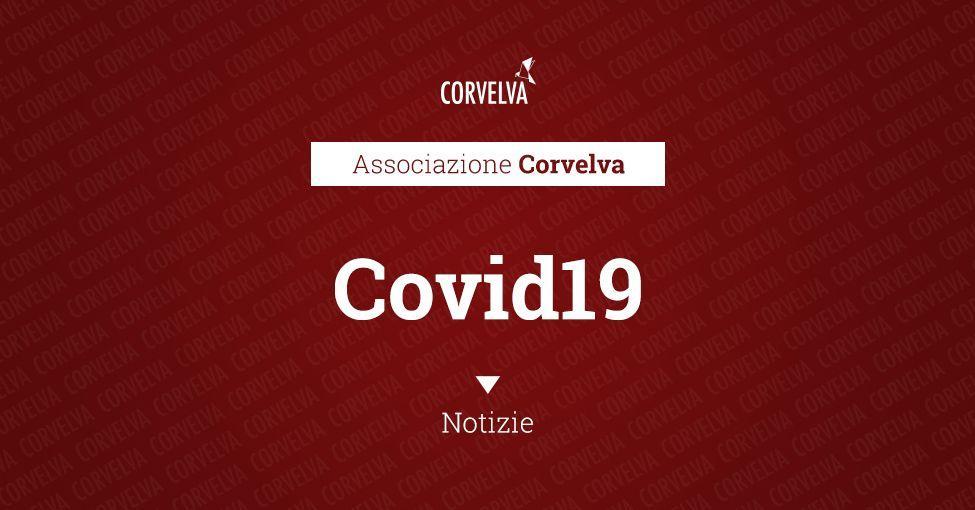 The important statements of Pasquale Mario Bacco who, with a team of doctors, in February had discovered that the virus had already been circulating since last October

"There will be no vaccine", says Pasquale Mario Bacco without too many words, medical health insurance lawyer, who with a team of thirteen colleagues, in his laboratory based in Bari, he has studied Covid-19 for a while and already at the end of February, given by hand, he had shown that lung infection has been circulating in Italy since last October.

"We were interested in understanding the incidence where the disease did not occur," he says ilGiornale.it Bacchus.

The medical team took a sample of 7038 healthy and symptom-free people, all employees of companies, carried out serological tests starting from 25 February and it was discovered that over 30 percent of the Italian population had come into contact with Covid-19 developing antibodies. We speak, in particular of 33,6 percent. 7.038 people were positive out of 2.365.

Of these 2.365 subjects, 1.779 were present with IgG, i.e. immunoglobulin G dated, let's talk about Covid antibodies. "It means that these people had already come into contact with the virus at least three and a half months before, they got sick and developed antibodies, although they are asymptomatic", specified Bacchus (almost 90 percent of the infected people analyzed did not show anyone of symptoms attributable to Covid).

Of course the antibodies are not for life, they last a few months, which is why it is impossible, according to the words of the doctor from Campania, to find a vaccine. "In this Covid is like theHiv. They are viruses that change. It may be that the population will be called to undergo the vaccine in June, but that same vaccine will no longer be needed in October. I have seen in the laboratory how this virus changes, it is almost like HIV, so there will never be a vaccine. The only thing that will save us, if the virus becomes more aggressive, is a specific drug. Today serum-positive subjects have a life expectancy equal to a healthy subject, thanks to a drug. They lead a normal life only that they have to take one, two or three, but usually one pill a day because they have a retroviral that goes into the blood and this helps. And the same will be true for Covid, "says the doctor.

Nobody, however, in the Italian scientific field, wanted to give credit to the study of Bacchus and his colleagues. "In'college of the Health neither the ministry of health have considered us. Then we brought our data to Professor Burioni and he didn't even see them"Bacco said, embittered. Currently there are 30.395 deaths due to Covid in Italy, according to data published on the internet, but according to Dr. Bacco, those numbers"they were invented from a healthy plant"because" Covid deaths that were previously healthy are counted on the fingers of one hand because this virus is not capable of killing. It is a trivial, simple virus. For example, a serum-positive subject does not get sick of Covid, because he has HIV which is a much larger virus that uses the same receptors as Coronavirus, so even in competition, Covid cannot go on the same receptors. Wherever there is an adequate immune response, it is annihilated. "

According to the declarations of Bacchus, i deaths who were hospitalized in hospices, or who had plurimetastatic tumor pathologies, dilated, diabetic, paraplegic myocardiopathies, cannot be considered deaths for Covid, because "they are all subjects who already had very short life expectancy". The Coronavirus family absolutely suffers from the climate,"This can also be told by a second-year medical student"Bacchus underlines. Therefore, from the study carried out by the Bari group, Covid-19, like all coronaviruses, was determined (and importantly, it was already at the end of February) and is conditioned by the climate. summer and then reappear with falling temperatures and, moreover, it will always manifest itself in a more incisive way in the colder areas of Italy. "Even at equal 'concentration' - reads the report of the team of scholars - the pathogenicity of the virus will be increasingly greater in the North, compared to Southern Italy and Southern Europe (where temperatures, even in winter, are higher) ".

"The real question that should be asked today is: but this virus ad October how do you come back? Because the virus has not disappeared, it exists and survives"Bacchus specifies. So how will we get out of it?"With the discovery of a drug specific", replies dryly, Bacchus. Today, according to the doctor from Campania, there are three solutions to the virus (until you find the right drug for Covid)." We have hydroxychloroquine which is now useless to take, but not in October. Let me give you an example, the characteristic of Mediterranean anemia is that of the hemoglobin chains. Hemoglobin, simply called, is composed of an alpha and a beta part (let's talk about polypeptide chains, ed). Betatalaxemia subjects (therefore those suffering from Mediterranean anemia) do not have beta chains. Covid binds to beta chains, therefore these patients are not immune to covid because they do not have the virus, can enter their body, but does not bind. American scholars have understood this. That said, hydroxychloroquine has a very trivial mechanism (which approaches the concept of Mediterranean anemia, ed.), It is used for malaria. Taking this drug first, the beta chains are buffered, if the virus enters the body that has taken this medicine, it does not know where to bind and if it does not enter the cells, it dies. And it is not true that it has a thousand side effects as one of the television professors said. "Of course, it is not the solution, but it is fine pending the official drug. The second drug is Tocilizumab, the anti-arthritis drug used in the hospital "Cotugno" of Naples that works because it reduces the body's reactions in contact with the virus. Finally there is the therapy with plasma "which is what will save us if this virus becomes more aggressive".

This study, however, as we said, was not taken into consideration. "Accepting our study means denying everything that has been said so far. - comments Bacchus - But we have a dignity as doctors and we can only tell the truth because we are free doctors. We worked day and night, we also slept on the ground for three hours a night and we were mortified and obscured. "Finally" tired ", the doctor concludes:" I am not a man-image, but I have only one thing that does not I can lose and it's mine credibility".