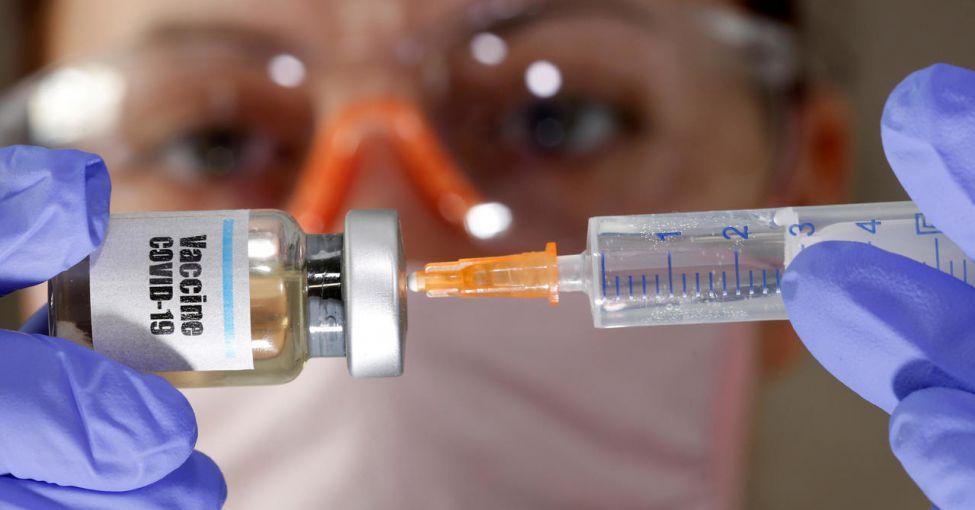 Let's take a cue from a recent article published on Bloomberg - which reports declarations of various characters related to vaccines developing against Covid-19 - to make some considerations on the propaganda that has always been used on vaccines and some sensational contradictions. In particular, I would like to dwell on a concept that is both abused and misleading: the "protection of the flock" or immunity of flock, a concept that anyone who has been interested in the vaccination issue will certainly have had the opportunity to study at least a minimum.

In recent years, everything has been read and heard about vaccines; the various "experts" or self-styled ones chased each other to the sound of the goodness, safety and efficacy of each vaccine on the market, and at the same time they tried to criminalize those who dared to question the official narrative on the matter. Well, by dint of "shooting" you end up contradicting yourself: one example is the set of statements contained in this article - which we invite you to read in full below, but of which I would now like to underline some passages that demonstrate how easy it is lying to the population when trying to convince that vaccinating everyone is essential to protect the "community".

For example Dennis Burton, immunologist and vaccine researcher, states here that "Vaccines need to protect against disease, not necessarily infection."  But how, until now we have focused on the hunt for asymptomatic greaser, and now they come to tell us that the vaccine would not prevent this condition?!?

Indeed, we read that it could even increase it: "Covid-19 is believed to be spread by people without symptoms and a vaccine that prevents symptoms can create even more."
You read that right, but it is certainly not new and those who had investigated the question for other vaccines already know this concept very well: vaccinated does not mean immunized but above all it is not synonymous with "non-contagious"!

And in fact later we read: “About 3% of people who receive the measles vaccine develop a mild form of the disease and can spread it to others ". I got it? In the run-up to statements that attempt to clear the goodness of a forthcoming anti-Covid vaccine, what the media have so far branded as fake-news becomes admissible: the vaccinated themselves become the "greasers" of the disease from which they would like to protect themselves! !!
Other than herd immunity!

Note well that it is on the assumption of the "non-vaccinated child = danger-for-society" that the whole schedule of vaccination obligations in Italy has been based in the last 3 years! And today we are told candidly that, in essence, we have always been right: vaccination is not at all synonymous with collective protection from a disease, but often even facilitates the condition of asymptomatic (or pauci-symptomatic) carrier.
This is not only true for measles, but, as we have always argued, also for many other vaccines, for example that of whooping cough, which in fact is also mentioned below by an FDA spokesman, such Felberbaum: “The authorized vaccines , including some against whooping cough, have not been shown to protect against disease-causing pathogen infections, but have been shown to protect against symptomatic diseases (from the symptoms, editor's note), "he said. But there is more to think about.

The U.S. Food and Drug Administration is considering options for a vaccine that prevents diseases (not infections):
"We could potentially consider an indication related to the prevention of serious diseases, provided that the available data support the benefits of vaccination," said FDA spokesman Michael Felberbaum in response to the questions. "For licensing, we wouldn't require a vaccine to protect against infections."
Vaccines as a therapy against a certain disease complication, therefore. Nothing bad if not that this undermines the leitmotif of the fight against "anti-vaccination": those who do not get vaccinated, according to these statements, are not at all a problem for others, nor for the community, nor for the "immunosuppressed": in other words, if you believe in it, get vaccinated, but at this point any prerequisite to impose an obligation on the population in any age group is lost.
There are therefore no reasons used so far to endorse a health tax, an imposition which in itself constitutes an aberration of the civil and constitutional rights of the individual and which all the more appears to us to be criminal, if seen from these assumptions.

Here is the translation of the entire article:

Desperate to find a way to stop economies from collapsing under the weight of Covid-19 could mean settling for a vaccine that prevents people from getting sick or dying, but doesn't stop them from getting coronavirus.

As countries cautiously emerge from lockdowns, leaders are looking at a preventive vaccine as a way to return to pre-pandemic life. Fueled by billions of dollars in government investment, vaccines from little-known companies like CanSino Biologics Inc. and giants such as Pfizer Inc. and AstraZeneca Plc are being developed.

At least one of the fastest experimental has already advanced in human studies after showing an impact on serious diseases - but less on infection - in animals. Experts argue that such a product would likely be widely used if approved, even until a more effective version is launched.

There are drawbacks, however. Despite having the potential to save lives, these vaccines could bring complacency to the tired nations of the blockade, said Michael Kinch, a drug development expert who is an associate vice chancellor at Washington University in St. Louis.

"My guess is that the day after someone got vaccinated, they would think" I can go back to normal. Everything will be fine". They won't necessarily realize that they may still be susceptible to infection. "

Covid-19 is believed to be spread by people without symptoms and a vaccine that prevents symptoms can create even more.

Vaccines are among the most effective weapons against infectious diseases and prevent up to 3 million deaths per year, according to the World Health Organization. Yet few, if any, are 100% effective in all the people who get them. For example, about 3% of people who receive the measles vaccine develop a mild form of the disease and can spread it to others.

In their attempts to deal with a rapidly growing threat, developers are turning to technologies that have never been successfully used in humans. More than 130 vaccines are in preparation for Covid-19 prevention, according to the World Health Organization.

Vaccines work by presenting a form of germ - or a key part of it - to the immune system by preparing the body to respond when real exposure occurs. When this happens, immune proteins called antibodies attack the virus, blocking its entry into cells. Sometimes vaccines increase immune T cells, which don't do much to prevent infections, but can slow down and eventually stop their progression.

A common approach to increasing antibody levels is by injecting a virus that has been inactivated or killed. About nine of these are being tested: one, produced by the Chinese Sinovac Biotech Ltd., has led to high levels of target antibodies to Covid in monkeys.

Another vaccine developed at the University of Oxford uses an innovative approach in which Covid genes are inserted into a different and harmless virus. They produce proteins that are recognized by the immune system, which increases the defenses against a real infection.

About a quarter of the experimental vaccines listed by WHO, including two already in the human study, follow the same approach as the Oxford vaccine. One of the advantages of technology is its speed. AstraZeneca, which is partnering with Oxford, said it will start delivering doses to the United Kingdom as early as September and will have doses to the United States, which helped fund development, the following month.

On Saturday, AstraZeneca and four European Union countries (including Italy, ed.) Said they had reached an agreement to distribute hundreds of millions of doses of the vaccine. Beijing-based Sinovac Biotech also said over the weekend that the results of its vaccine test in humans support advancement to the final phase studies.

It is not yet clear how the vaccine developed by Oxford and AstraZeneca affects infections. William Haseltine, a former HIV researcher at Harvard University, pointed out in a Forbes blog that animals had roughly the same amount of viral genetic material, called RNA, regardless of whether or not they received vaccines . The levels of antibodies to the virus were not as high as seen in highly protective vaccines, he said.

However, clinical signs of severe infection, such as high respiratory rate and pneumonia, were better in vaccinated monkeys. This could still make such a recovery useful, according to Anthony Fauci, director of the National Institute of Allergies and Infectious Diseases.

"That vaccine doesn't appear to be an infection protection knockout, but it could be very good at protecting against disease," Fauci told the Stat Medical News website.

The vaccine will be a hit for both infections and serious symptoms, said Pascal Soriot, CEO of AstraZeneca, in an interview with the BBC. Advances in the vaccine in advanced studies have been approved by an independent scientific team and the company is waiting to see how it performs, a spokesman said.

Faucius NIAID has partnered with Moderna Inc. for a Covid vaccine test whose main goal is to show that their vaccine prevents people from developing symptoms, the company said on June 11. Preventing infections is a secondary goal.

Successful preventions must also prevent subsequent transmission, said Dan Barouch, a researcher at the Center for Virology and Vaccine Research at Beth Israel Deaconess Medical Center and Harvard University. Effective vaccines may allow some cells to become infected, but they control the growth of the virus before it can be passed on to others, said Barouch, who is developing a vaccine with Johnson & Johnson. He said his efforts are aimed at a vaccine that prevents infections.

The U.S. Food and Drug Administration is considering options for a disease-preventing vaccine.

"We could potentially consider an indication related to the prevention of serious diseases, provided that the available data support the benefits of vaccination," said FDA spokesman Michael Felberbaum in response to the questions. "For licensing, we wouldn't require a vaccine to protect against infections."

The idea of ​​using imperfect vaccines and therapies is "good," said Kinch. "This is just practicality. And we can follow with other better ones. There will never be a really perfect vaccine."