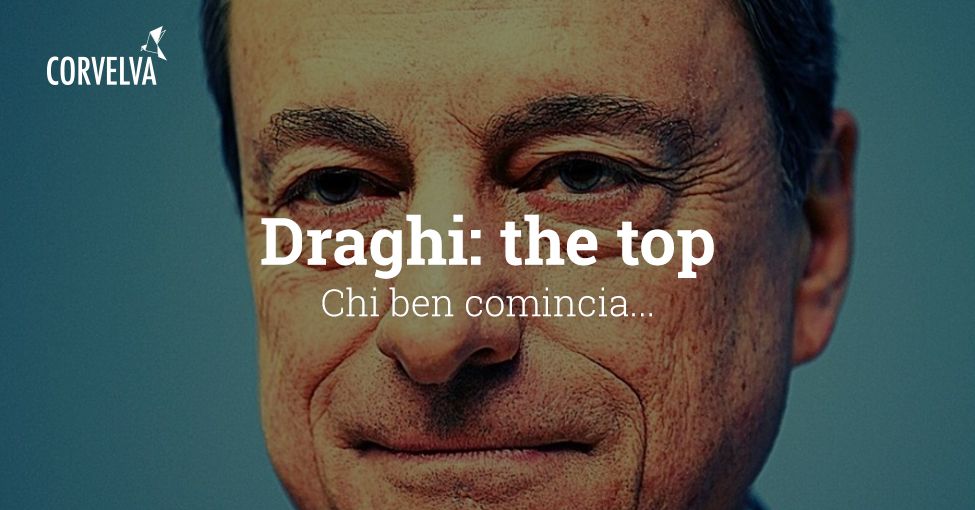 Today is a slightly controversial day, we woke up badly and we just want to get out of the health issue and enter the political one.

Draghi, who has just become President of the Council of Ministers voted by a large majority, has decided to call McKinsey & Company, a multinational strategic consultancy, to manage the projects and funds of the recovery fund. You will say: what does Corvelva have to do with economic policy? Nothing except for the pathological attraction towards the imperfections of society, we follow every event in the world that concerns scandals in the health sector and leafing through our articles it came back to our minds where we had met McKinsey.

McKinsey agreed on February 4, 2021 to pay $ 573 million to resolve complaints it faced in the United States regarding its role in fueling the opioid epidemic. We are talking about a plague of enormous proportions that has filled the pages of the main US newspapers for at least 2 years and which has seen dozens of pharmaceutical companies, including some of those who are saving us with vaccines, signing up to make the selling opioid drugs, lying, bribing and effectively killing millions of Americans through overdoses.

The McKinsey name first struck us associated with statements by California Attorney General Xavier Becerra, who saw it as “part of a machine that ... destroyed lives.” These statements stemmed from a series of investigations and publications where cited documents from the various trials of Purdue Pharma, a major pharmaceutical company that had placed opioid drugs on the US market. To give you an example, when Purdue Pharma agreed in 2020 to plead guilty to the criminal charges for OxyContin, the Department of Justice had noted the role that an unidentified consultancy firm had played in driving sales of the painkiller. Documents released in October 2020 in a New York federal bankruptcy court showed that the consultant was McKinsey & Company, the same one that it would run our future. ”The 160-page document included emails and slides ve revealing details of McKinsey's advice to members of the Sackler family, the billionaire owners of Purdue, and the company's infamous plan to increase OxyContin sales at a time when opioid abuse had already killed hundreds of thousands of Americans. To be more specific, in a 2017 presentation, according to these documents also cited by the New York Times, McKinsey presented several options to support the sales of OxyContin and one was to grant Purdue distributors a discount for any overdose attributable to the pills. they were selling… more dead, more discounts.

What can I say, thanks Draghi