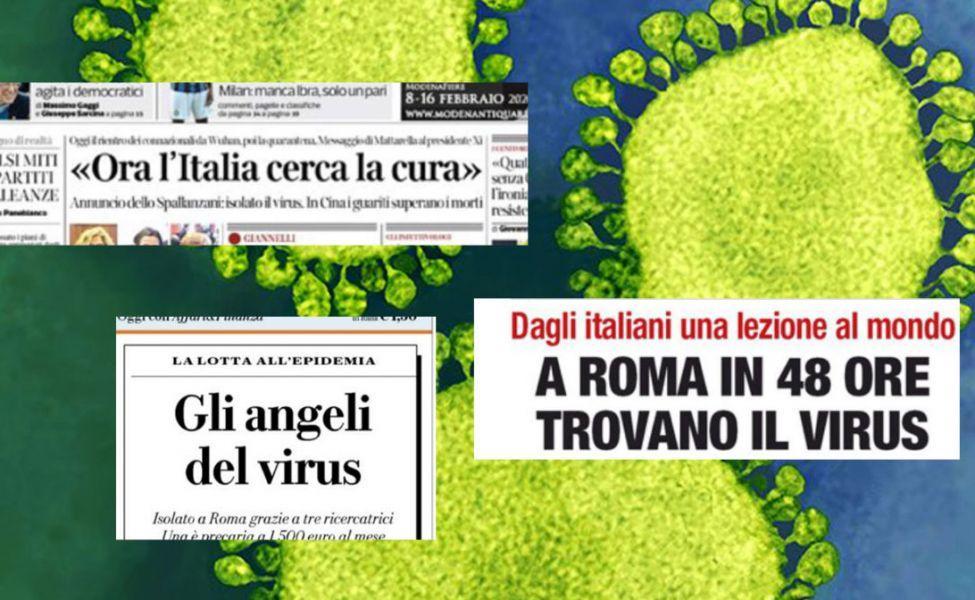 The media are depicting research at Spallanzani as an unrivaled titanic feat, but coronavirus had already been isolated in various countries around the world.

Isolating a virus is the first step towards its analysis and study. Isolation in the laboratory allows you to analyze all the genes that make it up and study all the possible weak points, to arrive at the formulation of a vaccine. The same procedure affected the dreaded coronavirus, leading all scientists on the planet to move to find a cure as soon as possible. His isolation has already happened in Wuhan, the epicenter of its spread, thanks to a team from the Wuhan Institute of Virology, led by virologist Zheng-Li Shi starting from a 49-year-old patient who had started developing the first symptoms on 23 December.

Reading the newspapers of our country, however, another version of the facts seems to emerge: to defeat the new coronavirus, in fact, for the good of the whole world, Italy took care of it in early February. Since yesterday, in fact, all the Italian media have launched to magnify the results of our research, with that passive-aggressive nationalist rhetoric that spoils the way of reporting any result achieved by our country in the technical-scientific field.

The basis from which this news started is now well known: a team of researchers from the Spallanzani institute in Rome, composed largely of women, isolated the virus: a fact worthy of note given that, to better deal with the disease , it is important to collect as much data as possible. Here, however, the narrative began to become deeply distorted, also grafting onto the racist psychosis unleashed on the coronavirus by politics and the press itself. She grew up feeding on cloying rhetoric and tried to highlight how Italian scientists succeeded in an epic operation despite a thousand adversities.

Second Free, in fact, we gave nothing less than "a lesson to the world" - and we did it, too, with researchers from the south. 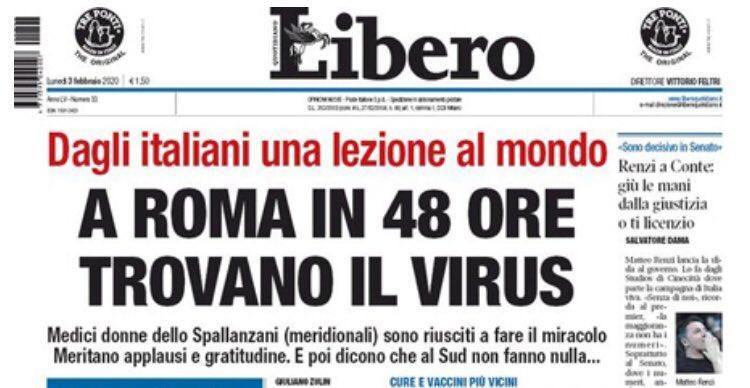 even the Corriere della Sera with a triumphant opening, a quoted declaration released who knows by whom: "Now Italy is looking for the cure." 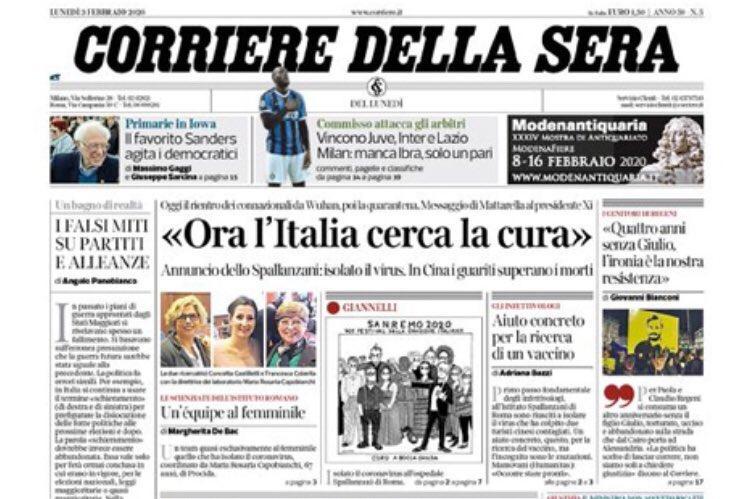 In short, a very large part of the mainstream press has enveloped itself, fishing with full hands in the most empty and unnecessarily patriotic rhetoric, betraying deeply conservative visions. This is also the case for Republic, stuck in a glorification that, in some way, has managed to debase the role of the researchers involved with a male-oriented trivialization - become, it is not clear why "the angels of the virus."

In reality, the Italian isolation, besides being later than the Chinese one, is not even the first in Europe: a few days ago, at the end of January, French scientists from the Institut Pasteur managed to isolate the coronavirus, also starting to study it. In short, Italian researchers, just like their foreign colleagues, simply did their job: instead of whining articles, they would therefore deserve to be paid adequately. In this regard - to understand how an opportunity was missed to talk about the problems of Italian research - the contractual condition of one of the researchers involved, Francesca Colavita, had great emphasis according to the Corriere della Sera “Precarious, with a contract expiring in November 2021."It would be appropriate, instead of trying to magnify the virtues of Made in Italy, to ask how it is possible that a person apparently so prepared, chosen to face a job of such delicacy, would be in such a difficult working position. But no, obviously the priorities are different: Colavita's story is told with a lot of pathos and paternalism, but without asking too many questions.

Moreover, that of the national primacy is not even the only "distorted reality" that is circulating in these hours. In fact, news is also spreading that Chinese scientists have kept the coronavirus study data to themselves, thus slowing isolation by European scientists. However, the reality is quite different: on the contrary, it is thanks to the research of Chinese scientists, shared in Europe and worldwide, that real progress has been made in finding a cure. The various alarms circulating in recent weeks have increasingly favored a pervasive and totally anti-Chinese vision, where hoaxes, such as that of the coronavirus created in the laboratory, began to circulate without brakes.

On the new coronavirus, the Italian press is doing its worst in an already very dangerous context, with episodes of racism and squadrismo like the one suffered by the Chinese shopkeepers in Brescia and Como over the weekend. Pretending to be superior to racism, masking one's complicity and mocking racists as ignorant, is useless if you want to try to normalize a completely out of control story, largely because you have failed to offer a quality information service. After all, it's only been a week since a large part of the Italian press bounced the conspiracy theory about the artificial origins of the virus, originally spread by the notorious far-right tabloid Washington Times.