The American Congress is owned by Big Pharma 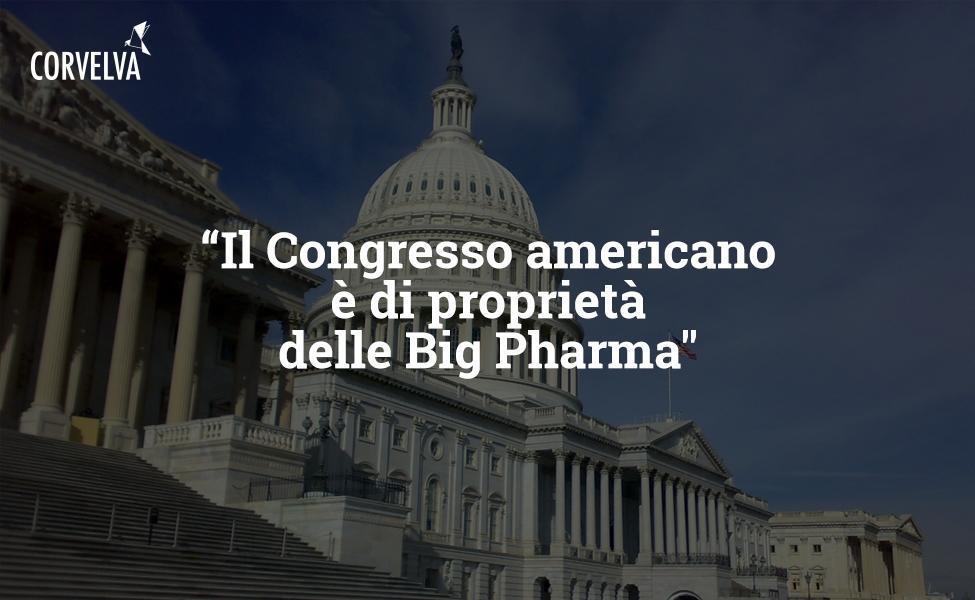 Pharmaceutical companies are in the spotlight of hearings of Congress for drug prices and charges in the role in opioid crisis.

Dr Raeford Brown, pediatric anesthesia specialist at the Kentucky Children's Hospital of the United Kingdom and chairman of the analgesics and anesthetics committee of the Food and Drug Administration (FDA), has been openly critical of the large pharmaceutical industry and the lack of proper supervision by the FDA.

Despite many politicians, in particular the presidential candidates, who start talking against the big pharmaceutical companies, Brown does not think that something concrete will result "because Congress is owned by pharma".

"It's really about Congress" 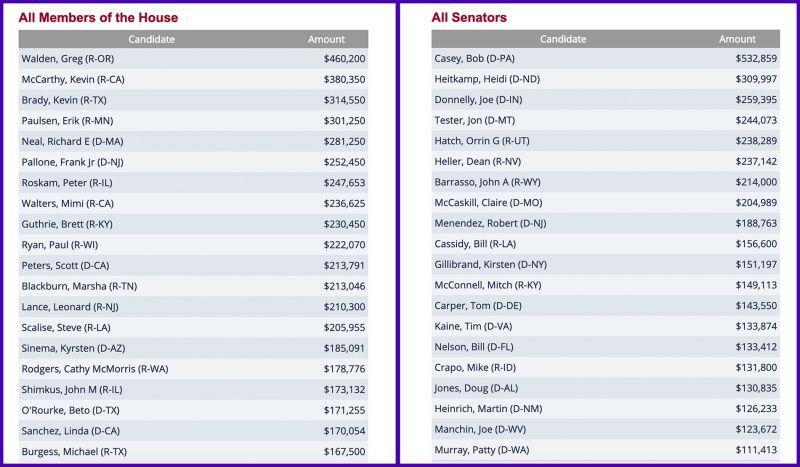 Contributions from the pharmaceutical and healthcare products industry during the 2017-2018 election cycle. (Photo: screenshot / OpenSecrets)

OpenSecrets, a website operated by the non-partisan Center for Reactive Policy, tracks money in U.S. politics. They ranked the top 20 members of the Camera and Senate who received the most campaign contributions from the pharmaceutical and healthcare products industry during the 2017-2018 election round.

The website defines the sector as "not only manufacturers of medicines but also retailers of medical products and food and dietary supplements". 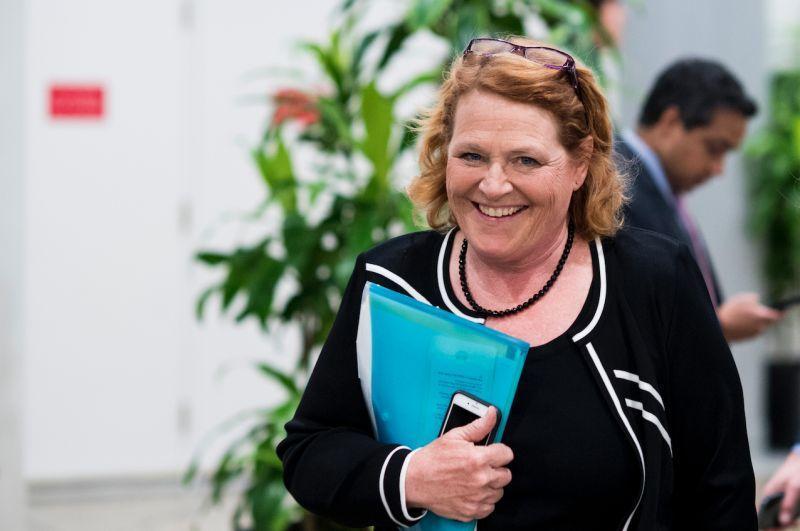 During the 2017-2018 election round, Kevin McCarthy, now head of the House minority after the midterms and received the second highest contribution from Congress funds. The Californian politician received a total of $ 380.350, mostly from pharmaceutical companies like Abbott Laboratories (ABT), Pfizer (Pfe), Johnson & Johnson (JNJ), Eli Lilly (THERE IS), Amgen (Amgn) and Merck (MRK).

Paul Ryan (R-Wis.), The former president of the House, was ranked tenth among members of Congress. He received $ 222.070 and most of the funds from Merck. Fourteen of the top 20 recipients of the Chamber were Republicans.

Beto O'Rourke (D-Texas), a former congressman who almost shocked Senator Ted Cruz (R-Texas) in the 2018 midterms, was 18th on the list. O'Rourke, seen as a potential 2020 Democratic presidential candidate, received $ 171,255.

McConnell, ranked twelfth among the senators on the list, received $ 149,113, with Eli Lilly being the leading pharmaceutical company. Fifteen of the top 20 Senate recipients were Democrats. Gillibrand, Democratic presidential candidate for the 2020 elections, finished 11th on the list.

More than half of the large pharmaceutical funds received during the 2017-2018 election campaign came from Pfizer, with Amgen, AbbVie (ABBV) and Johnson & Johnson also in between. Gillibrand overall received a total of $ 151.197 from the pharmaceutical industry, and announced in February 2019 that she and Senator Sherrod Brown (DO.H.) were introducing legislation that would "penalized pharmaceutical companies that believed they were engaged in causeless price hikes, leading to price overloads for patients who rely on drugs to treat diseases ranging from cancer to addiction" 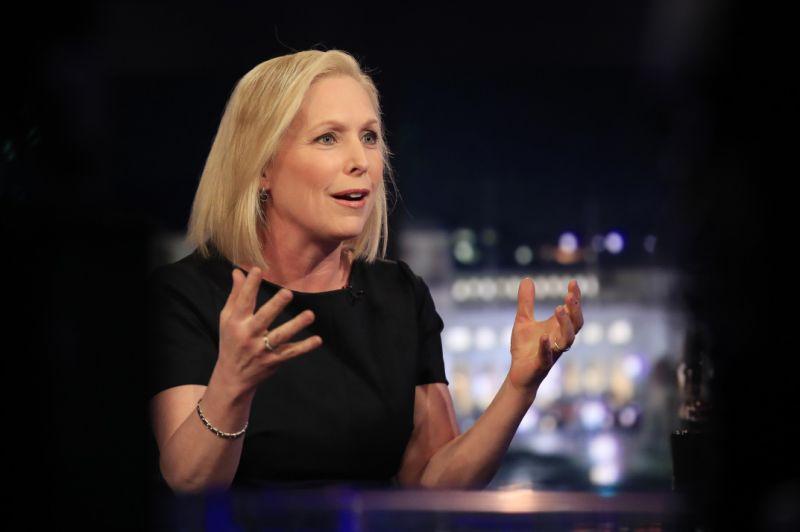 The Minnesota senator and Democratic presidential candidate Amy Klobuchar (D-Minn.) Has repeatedly said in public that she has not been bought by the big pharma. "In Minnesota and across the country, no place has been immune to the devastating effects of opiate abuse", Senator Klobuchar told Yahoo Finance. "In my state, drug abuse deaths now affect the lives of more Minnesotans than homicides or car accidents. We must continue to work together to address the scourge of opioid addiction that continues to take lives every day."

At the same time, thanks to the US campaign funding system, Klobuchar has also received money from some of the companies contributing to the opioid epidemic. According to OpenSecrets, Klobuchar received $ 65,491 in campaign funds during the 2017-2018 election round, with $ 8.500 coming from pharmaceutical companies. Abbott Laboratories was its largest drug donor for $ 8.000. 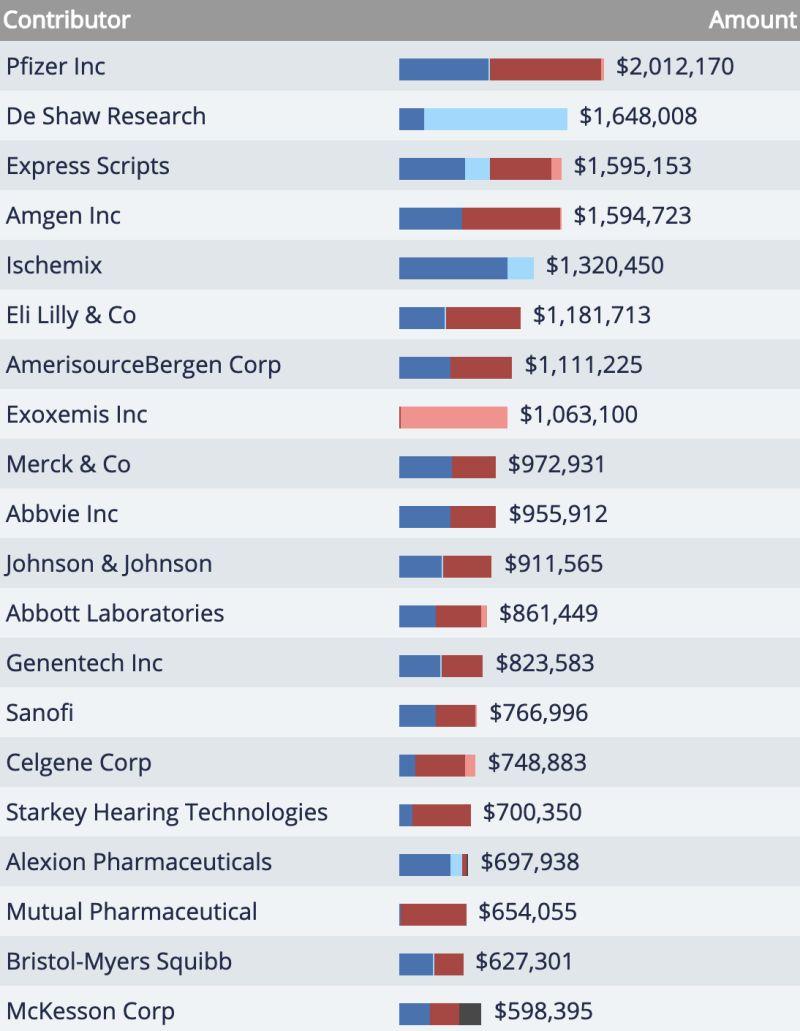 Purdue Pharma is a company that has been the subject of several fires and faces approximately 2.000 lawsuits including that of the state of Massachusetts which has established and "created the [opiate] epidemic and profited from it through a network of illegal deceptions."

Although Senator Richard Burr (RN.C.) is not among the top 20 senators who received large sums from pharmaceutical companies, he received the largest sum from Purdue in the 2017-2018 election round, totaling $ 6.000. Since 2007, Purdue has contributed $ 170.250 to his campaigns, according to Kaiser Health News.

As a result of the lawsuits, Purdue Pharma is investigating the bankruptcy claim. The security deposit of Chapter 11 "would stop the lawsuits and allow Purdue to negotiate legal complaints with the plaintiffs under the supervision of a US bankruptcy judge", Has Reuters reported.