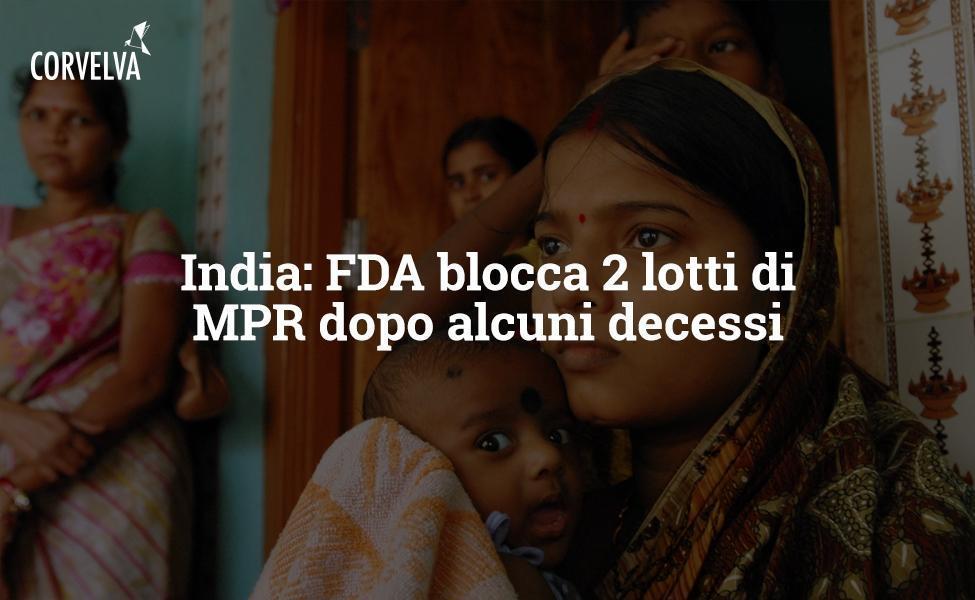 Following the shocking deaths of two girls in Nagpur after MPR vaccination, presumably due to the adverse effects of the vaccine, the Food and Drug Administration (FDA) ordered officials to immediately stop using the two batches of vaccine used to immunize two girls. While the public health department has already dismissed allegations that deaths had occurred as a result of the vaccination schedule, FDA officials first initiated this action.

"In this case, we have written to the CDSCO to conduct a joint investigation. The action to be followed will depend on the results of the reports and the investigations will be conducted with the CDSCO experts. The vaccination has continued on a large scale and some children may develop adverse reactions to vaccination. In this case, deaths were reportedly reported after complications from the vaccine. We are waiting for laboratory reports. "

Earlier in December last year, a one-year-old girl died after being vaccinated with the MDR at the Government Medical College and Hospital (GMCH), Nagpur. Little Astha Godange was vaccinated in the Garri village of Tumsar tehsil on December 15, together with her four-year-old brother Sargam. After the vaccination her condition deteriorated and she was rushed to the general hospital of Bhandara. She was later sent to GMCH in Nagpur, where she died on December 18th, however. The death was presumably due to complications developed after the MPR vaccination. The diagnosis revealed gastroenteritis. However, his brother, who was hospitalized, was later discharged.

Similarly, in another incident in Nagpur on December 7, an 11-year-old girl, Aradhya Waghaye, residing in Lakhni tehsil in Bhandara, allegedly died from complications developed after the MPR vaccination.

"The action was taken after two death episodes were reported due to adverse effects of the MPR vaccination. We ordered that the use of the suspected batches be discontinued. MPR vaccines along with three syringes used during the vaccination were sent. to the lab and we're waiting for reports "

"In both cases there was no evidence that the vaccine had a role in death. One girl had gastroenteritis and the other child had heart disease. The deaths are in no way related to the vaccine given to children, we have also asked FDA officials to explain to us why they stopped the vaccine and took samples, they can't do it if we don't tell them to do it.