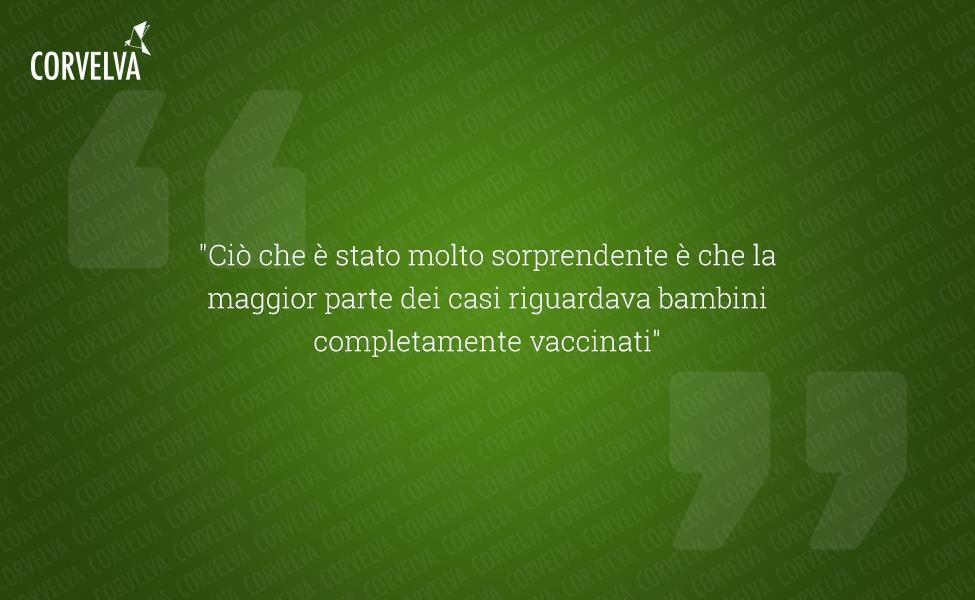 Abstract
Despite the widespread childhood vaccination against Bordetella pertussis, the disease remains prevalent. It has been suggested that the acellular vaccine may be less effective than previously thought. During a major epidemic, we examined the incidence of pertussis and the effectiveness of vaccination in a well-vaccinated and well-defined community.
Methods. Our center provides assistance to 135 patients, 000% of the population of Marin County, California. A total of 171 patients tested positive for B. pertussis from 1 March to 31 October 2010 by polymerase chain reaction (PCR). Electronic medical records were examined for demographic characteristics and vaccination status.
Results. We identified 171 cases of clinical pertussis, 132 of which in pediatric patients. There has been a significant increase in cases among patients aged 8-12 years. The test rate peaked among children, but remained relatively constant across ages up to 12 years. The positive test rate was low for ages 0-6 and increased among pre-adolescents, with a peak between 12 years. The vaccination rate among PCR-positive pre-adolescents was approximately equal to that of controls. The vaccine efficacy was 41%, 24% and 79% for children aged 2-7 years, 8-12 years, 13-18 years, respectively.
Conclusions. Our data suggest that the current acellular pertussis vaccine dose schedule is insufficient to prevent pertussis outbreaks. We noticed a markedly increased disease rate from 8 to 12 years, proportional to the interval since the last scheduled vaccine. Stable test rates excluded selection bias. The possibility of previous or more numerous booster doses of the acellular pertussis vaccine, either as part of routine immunization or for outbreak control, should be entertained.