EPA: Serious negligence and omissions in the Monsanto case 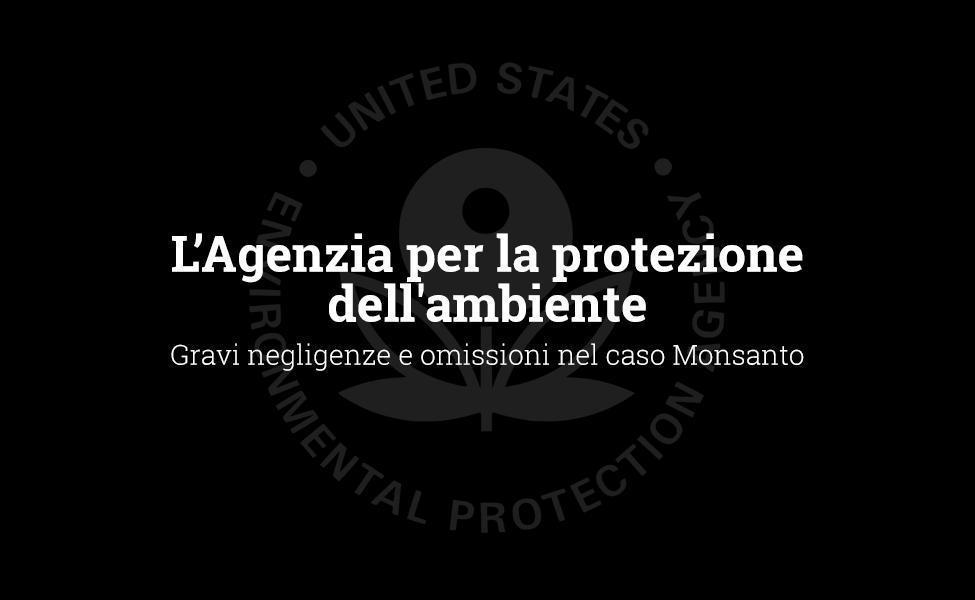 The three public trials, which involved Monsanto, raised concerns about the negligent supervision of all pesticides by the Environmental Protection Agency.

Ever since Monsanto introduced its Roundup herbicide line in 1974, the products have been touted by the company and regulators as extremely safe.

But the emergence of some business secrets it revealed a secret campaign to cover pesticide risks and raised worrying questions about the negligent oversight of all pesticides by the Environmental Protection Agency and other regulatory agencies that are expected to protect public health.

In California two recent trials Roundup product liability resulted in massive damage to Monsanto after it was discovered that the company's herbicides contributed to the onset of cancer and that they did not warn of the risks. A third ongoing trial now in Oakland, California has led to important findings emerging:

Precisely because the chemical has been treated as much safer than other pesticides, in the last 45 years glyphosate has become practically omnipresent: the residues of the chemical have been documented in food, air, water and soil samples, as well as inside of people who have never used the pesticide. The chemical has even been detected in raindrops.

All this raises a worrying question: if what has been touted as the "safest" pesticide actually causes cancer, what insurance do we have for the hundreds of other pesticides that the EPA has insured as safe?