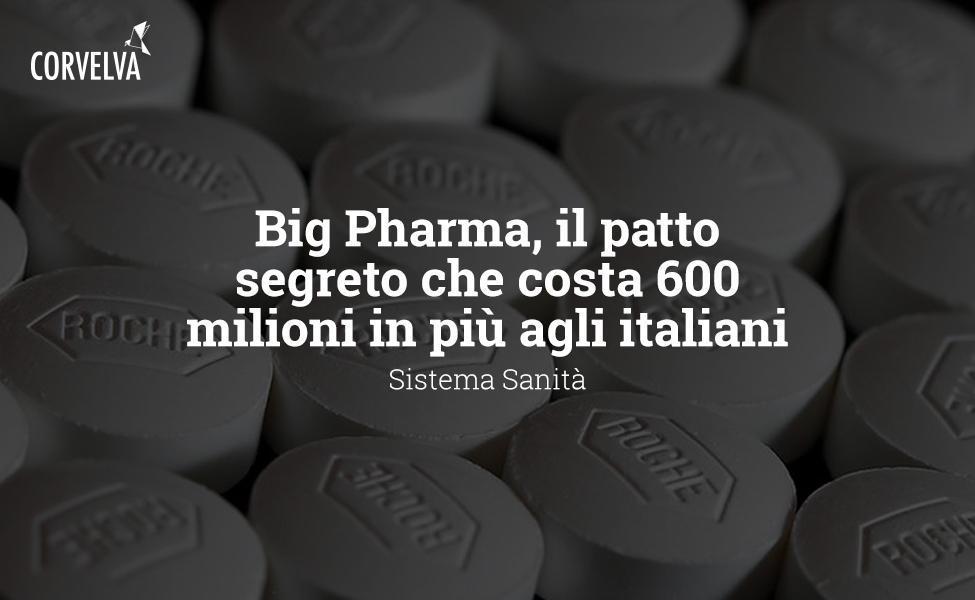 The Competition Authority carried out a long investigation into Roche and Novartis, revealed by the weekly. The two have entered into an agreement, based on disinformation plans and sabotage of independent studies, to favor an expensive drug at the expense of a low-cost, however effective

An agreement between big pharma to favor one expensive drug at the expense of another low cost, however effective. A secret pact signed between Roche e Novartis, only apparently competitors, which cost al National health systemand therefore to Italian taxpayers, 600 million euros more. To reveal it is l'Espresso, today on newsstands, on the basis of a long investigation byCompetition authority driven by Giovanni Pitruzzella. The two "rival" industries moved together to push the most expensive drug (1.400 euros) and shed bad light on that low cost (15 euro).

They shared market strategies, developing real plans misinformation, "Sabotaging" independent scientific studies, paying doctors and opinion leader to impose the most expensive medicine. The pact emerges from emails and meetings between the two big pharma, discovered thanks to a blitz carried out last October in the offices of the two Italian offices.

Roche produces theAvastin; Novartis the much more expensive Lucentis. Avastin was developed for different therapies, although it was later found to work well in ophthalmic care. And so to stop its spread, the risks related to ophthalmological use were emphasized, allowing Lucentis to dominate the market. The least expensive product has been excluded from the list of those refundable since National Health Service. What does Roche gain? First of all, both drugs are a patent of Genertech, controlled by Roche that pocket the royalties. In addition, writes the Authority, “the significant shareholding held by Novartis in Roche (over 33 percent) means that the former has doubly interest in protecting Lucentis' sales, hence not only the direct benefits in terms of its turnover, but also indirectly by virtue of this co-interest in the Roche-Genentech group ".

The investigation carried out byAntitrust clearly shows a strategy shared between the top of the two companies, proven by hundreds of emails seized during a blitz last October: from the correspondence emerges exchanges of information and meetings starting from 2011 which configure a collusion scenario. The hypothesized agreement would have raised i Costi for the national health service. The Authority estimates that the purchase of Lucentis it resulted in higher costs of 45 million euros in 2012, between 300 and 400 million last year and could go up to 600 in 2014.

Roche and Novartis defended themselves against the accusations claiming that Avastin e Lucentis are different and the choice to develop the two products, as well as not to require registration for ophthalmic uses of Avastin, was taken unilaterally by Roche. The two groups claim to have limited themselves to respecting the law, in particular as regards the reporting obligations of a drug's risks.