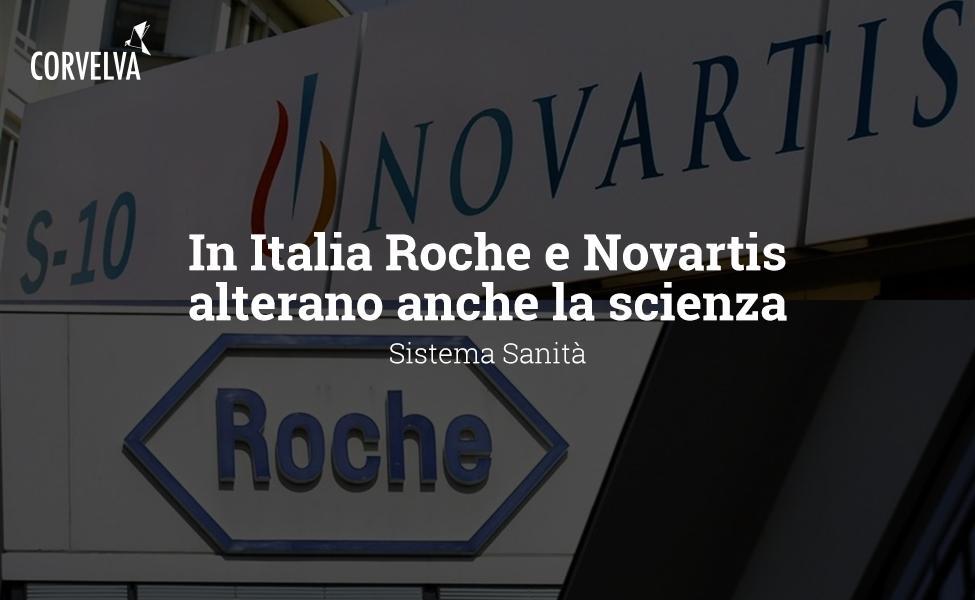 The pharmaceutical groups Roche and Novartis have agreed to spread misleading information in Italy to favor a pharmaceutical product at a cost of 900 euros, hindering the use of an equivalent drug that cost only 80 euros. The European Court of Justice confirms the offense.

Specifically, the two companies hindered the sale in Italy of an affordable price drug, Avastin, at a cost of 80 euros, to the advantage of a more expensive drug, the Lucentis, which costs 900 euros. On the one hand we have Avastin, born as an anticancer medicine whose license is held by Roch, of which the scientific community had established the excellent and safe yield also for the treatment of maculopathy, an eye disease. On the other hand we have Lucentis, a medicine only for ophthalmic care whose license has been transferred by Roche to Novartis. Recall that Novartis holds approximately 30% of Roche's shares. The use in Italy of the medicine Avastin had only that advantages, in addition to the extremely reduced cost also the double ability of treatment of an ocular pathology.

This story was already known to us, we monitored the evolution of the situation to understand well what the investigations by the European Court of Justice were, which now confirms:

Roche and Novartis have made Italy generate enormous healthcare costs, despite the widespread use in the ophthalmic field, Roche has done nothing to request an extension of the indications of the anti-tumor Avastin for this use. Indeed, through the Genentech subsidiary, a company based in the United States and specialized in the biotechnology sector and in the field of recombinant DNA technology, it created a clone drug - the very expensive Lucentis - specifically packaged for use in the ophthalmological field.

For its part Novartis was unable to immediately impose the new drug created specifically to make profit, since Italian doctors for obvious reasons of costs, continued to prescribe Avastin although not authorized by the health authorities for this treatment (use off label).

To understand what we are talking about, maculopathy affects one in three elderly people over 70 years of age and is the leading cause of blindness in the western world. Many statements have been concerned about management i

In Italy, the Antitrust and the prosecution authorities dealt with the matter. In Switzerland, the authorities say their hands are tied.

"The two groups have unlawfully agreed to hinder the spread of the use of a very cheap drug, to the advantage of a much more expensive product, artificially differentiating the two products"
Italian antitrust 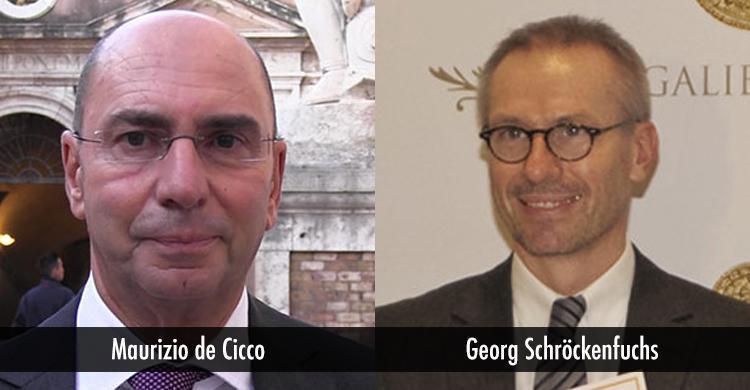 The investigation started in Turin in 2012 following reports from the Carabinieri of the Nas and the Italian Ophthalmological Society (Soi) whose President had acted as technical consultant for the Foundation ?? Together for Sight ?? Onlus, and in 2014 Roche and Novartis were investigated by the Prosecutor's Office for arson and conspiracy. The Avastin and Lucentis eye drug scandal had all the bases to expand like wildfire given the disturbing web of affairs played out on patients' skin.

"It is difficult to imagine that pharmaceutical companies have managed to defraud the national health service without the fundamental support of some entity operating in the European drug agencies (Ema) and in the Italian one (Aifa)".
Matteo Piovella, president of Soi

The case we present to you is only the tip of the iceberg of a sick system at a global level controlled by the lobby of the large pharmaceutical companies which, thanks to the carelessness or often the complicity of governments - above all Italian - speculate on people's health. The investigation, on 25 November 2017, confirmed the allegations of market disruption and stock manipulation and the CEOs of Novartis (Georg Schrockenfuchs) and Roche (Maurizio De Cicco) ended up on the register of suspects. But it was clear from the moment the first complaint ended up in the hands of the Turin prosecutors, that this case did not concern only private interests but directly involved the National health system,Italian drug agency (Aifa) and the Ministry of Healthobjectively complicit in having done nothing to hinder the speculation of the two privatistic pharmaceutical companies, despite having all the elements to act. This silence of the institutions took place during the Renzi government.

The story reached the Italian news after the antitrust fined the two Swiss multinationals for 180 million, an inadequate figure if compared to the millions of euros more as an economic burden on the shoulders of the NHS. The Authority estimated that the purchase of Lucentis resulted in higher costs of 45 million euros in 2012, between 300 and 400 million in 2013 up to 600 million in 2014.

The agreement of the two big pharmas, now also confirmed by the European Court of Justice, was so well organized that market strategies were fully shared, developing real disinformation plans, "sabotaging" independent scientific studies, paying doctors and opinion leaders to impose the most expensive drug. The pact had already emerged thanks to emails and meetings between the two big pharma, discovered thanks to a blitz carried out in October 2014 in the offices of the two Italian offices.

Roche makes Avastin; Novartis the much more expensive Lucentis. Avastin was developed for different therapies, although it was later found to work well in ophthalmic care. And so to stop its spread, the risks related to ophthalmological use were emphasized, allowing Lucentis to dominate the market. The least expensive product was excluded from the list of those reimbursable by the National Health Service, therefore the institutions' undeniable complexity.

"The significant shareholding held by Novartis in Roche (more than 33 percent) means that the former has doubly interest in protecting Lucentis' sales, thereby deriving not only the direct benefits in terms of its turnover, but also indirect benefits in virtue of this co-interest in the Roche-Genentech group "
Italian antitrust

Roche and Novartis have always defended themselves from the accusations claiming that Avastin and Lucentis are different and the choice to develop the two products, as well as not to request the registration for ophthalmic uses of Avastin, was taken unilaterally by Roche. The two groups claimed that they had merely complied with the law, in particular as regards the reporting obligations of a drug's risks. Then the investigations confirmed in November 2017 the registration in the register of suspects of the two Italian CEOs.

As often happens in Italy everyone knew for years what was happening. Ophthalmologists have reported the case to AIFA since 2009. Some parliamentary questions have also been put forward. In October 2012, the then health minister Renato Balduzzi had included a rule in a decree that would have resolved the issue but was rejected by parliament. Why then did neither Aifa nor the government act until the antitrust verdict? AIFA at first he had accepted the Antitrust judgment "with interest", but then, under pressure, he decided to sue the Italian Ophthalmological Society. The defense of theAIFA which pointed to the fact that the Avanist cost less than the rest of Europe, a pity that was not the theme. The commissioner of Aifa was asked from many sides. Even health minister Beatrice Lorenzin announced that she wants to reorganize the drug agency, a pity she never explained why she hadn't moved effectively before the case broke out.

The two Swiss companies had opposed the fine from the Italian Antitrust Authority. The Italian Council of State, the last body that was to deal with the appeal, asked the European Court of Justice for an opinion, which, on 23 January 2018, reiterated that the agreement between two companies was "apt to spread misleading information on off label use" of a medicine in order to reduce the pressure it exerts on another medicine, constitutes a restriction on competition. La Roche itself, several doctors say in writing, had sent them a letter stating that Avastin was not approved for intravitreal use and urged not to use it for the treatment of maculopathies. At the same time, Novartis was also beginning to say that it was dangerous to use Avastin and that there was a risk of judicial trouble using an unapproved drug.

The story with Federanziani is emblematic. The latter, in 2011, had written a letter to Roche and Novartis to complain of the disproportionate costs existing between Avastin and Lucentis in the ophthalmic field and the increasing difficulties encountered in the off-label use of the first drug. Then, suddenly, the change of course: the thesis of the problems created by Avastin is also embraced by Federanziani herself. In a 2014 press release, the latter revealed alarming results regarding the use of Roche's product for maculopathy. According to the Il Fatto Quotidiano, the Guardia di Finanza suspects that everything has been created ad hoc to "support the thesis of the lack of safety of the ophthalmic use of Avastin". It will therefore not be a coincidence that, in 2014, Federanziani itself received two loans from Novartis, one of 54 euros and another of 000 euros. The information can be found in an external document on the Novartis website.

Switzerland has no legal basis

In Switzerland, where health insurance spends around CHF 75 million a year for Lucentis, these methods are not necessary. Until Roche makes an application for authorization to external SwissmedicLink (the Swiss Institute for Therapeutic Products) for the use of Avastin in ophthalmology, this drug cannot be included on the list of specialties External link established by the Federal Office of Public Health for maculopathy treatment. This is why ophthalmic use of this drug cannot be reimbursed by health insurance companies. The knife on the side of the handle keeps it Roche who is careful not to ask Swissmedic for authorization. Much already receives royalties for Lucentis sold by Novartis but which was created by Roche.

An impossibility of action that generates enormous costs for the Swiss health system. "This example shows how the pharmaceutical industry can try to maximize its profits at the expense of basic insurance. Unfortunately, manufacturers of medicaments cannot be obliged to extend the indication of their products for other uses than those foreseen by the inscription of the substance on the list of specialties ", explains Christophe Kaempf of Santésuisse.
Perhaps forgetting to mention that, in the end, these costs are in any case passed on to health insurance premiums.