USA: The Big Pharma Cartel to increase the price of generics 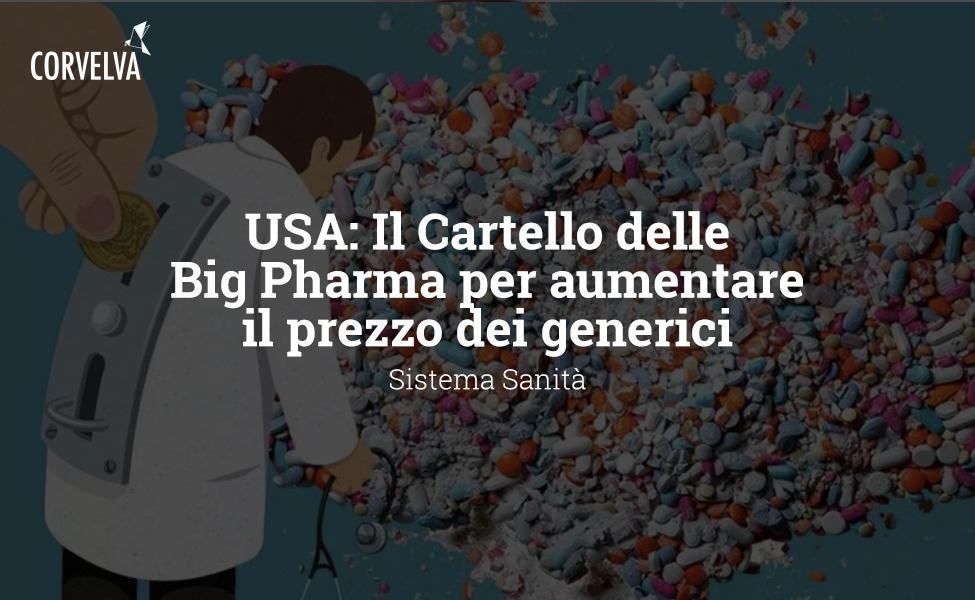 More than 40 US states declare that the largest generics manufacturers have engaged in an "industrial conspiracy" (a real cartel) to fix generic drug prices.

It could be the largest pricing scheme in the history of the United States. On Friday, Connecticut and a coalition of over 40 states filed a 500-page lawsuit accusing the largest generics manufacturers of a massive and systematic conspiracy by charging drug prices with billions of dollars in profit.

Congress established the current industrial policy on generic drugs in 1984, a policy flies to bring prices down. The idea was that once the patents on brand name drugs expired, generics manufacturers would compete to make medicines more accessible. But 1.215 generics, many of which are among the most prescribed drugs, have risen by more than 400% on average in just one year.

Connecticut has been examining the generic drug industry for nearly five years, investigations carried out by two stubborn attorneys who have constructed cases where the state attorney general has come to define the situation as the "most striking examples of corporate greed that have ever seen. " 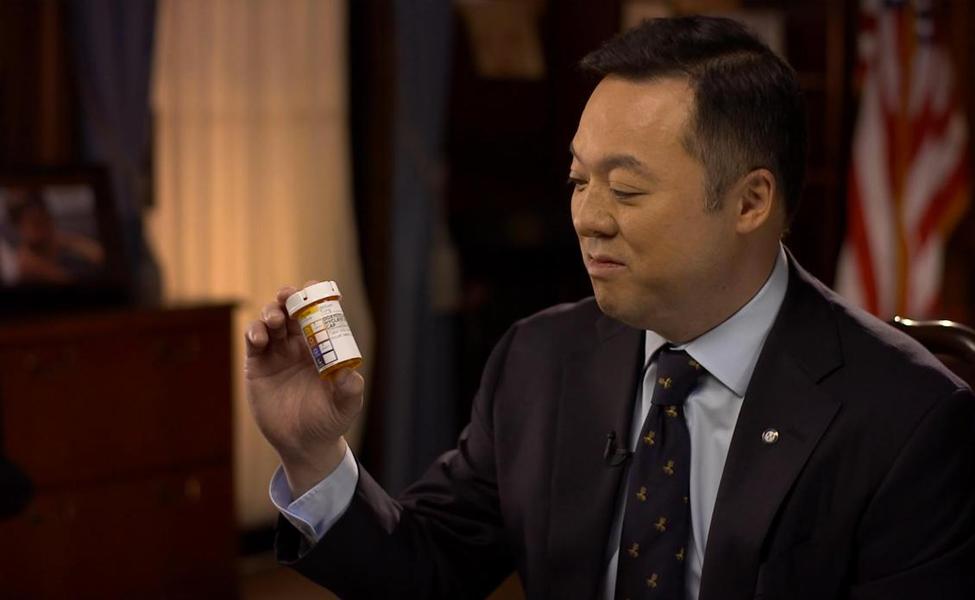 William Tong: “It's an industrial-scale conspiracy. I think it answers the biggest question we are all asking: is this why prescription drugs are so expensive? And I think we now know why. Because the prices of generic drugs are fixed and there is a widespread conspiracy to manipulate the market. "

Connecticut Attorney General William Tong says his office has found evidence of pricing by dozens of generics sales managers, vendors, and CEOs dating back to 2006. "

Bill Whitaker (he is an American TV journalist correspondent of the CBS News 60 minutes): "How many medicines are we talking about?"

Bill Whitaker: "What kind of medicine?"

William Tong: "Any kind of medicine that touches our daily lives. I'll give you an example. This is my doxycycline bottle. It is a common antibiotic that I take every day for a skin condition and there is a conspiracy around doxycycline. And so sitting here today as attorney general of the state of Connecticut, I'm one of the victims. "

The sudden spikes in prices drew the attention of Congress, which called a hearing; the Justice Department, which launched an investigation; and the state of Connecticut, which has now filed two lawsuits.

William Tong: "This is a gradual approach and we are focusing on all the major players."

Bill Whitaker: "So your argument is that these companies are putting Americans' lives at risk?"

William Tong: "Yes, you know, it's a $ 100 billion market. We are talking about medicines that America takes every day to live. And they take advantage of it in a highly illegal way. They are only taking advantage of it."

Bill Whitaker: "The industry says prices have gone up because of the market and the shortage of medicines. Are these explanations convincing?"

Bill Whitaker: "Why do not you believe it?

William Tong: "Because we have evidence, concrete evidence, in the form of text messages, emails, documents, witnesses that clearly demonstrate that it was not a shortage of products. It was a question of profit. It was about cold greed." 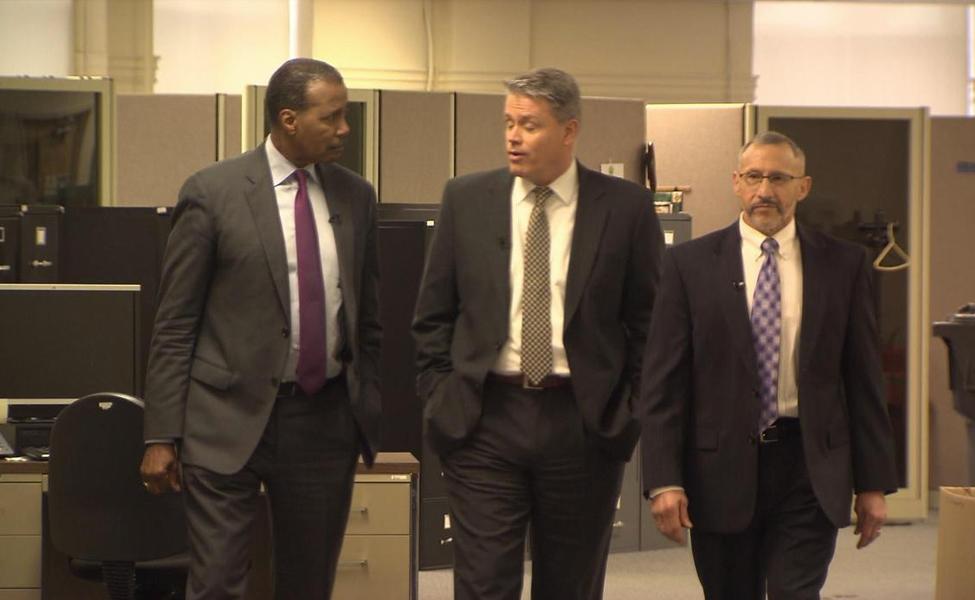 All of this was made possible by what two investigators discovered: Mike Cole heads the antitrust division in the Connecticut Attorney General's office and Joe Nielsen chief attorney in this case. They have worked together for over a decade to reach multimillion dollar lawsuits with big names like Apple and Bank of America. This is still their biggest case.

Joe Nielsen: “90% of all prescriptions compiled in this country are generic drugs. "

In the summer of 2014, Cole and Nielsen read a newspaper article about a sharp increase in the price of a ten-year generic pain reliever called digoxin.

Bill Whitaker: “So you read the article and something was wrong with you? "

Michael Cole: “I think I can say I have a little sixth sense after doing this type of work for a long time. "

Bill Whitaker: "What did you expect to find?"

Michael Cole: “We were looking for communications between competitors. When you do this type of work you realize that you don't find a burning document, it's a bit like putting together a puzzle, one piece at a time. "

The puzzle has become a monster. Three quotations have become more than 300 for the main generic pharmaceutical companies, dozens of employees and telephone companies. During the survey, the citations generated nearly 19 million internal documents and telephone records. There were so many pieces that Joe Nielsen couldn't see the big picture. For over two years, he was the only one to work on the case. He spent days at his desk and many nights at his dining room table. Eventually he purchased software used by law enforcement agencies to investigate drug cartels so he could analyze nearly 12 million telephone records.

Bill Whitaker: "And this allowed you to do what?"

Joe Nielsen: "Well, this allows you in five minutes to look at someone's entire phone records and see who and when they communicated something"

Nielsen saw a picture of relationships between competitors in the sector with an increase in telephone communications just before prices rose.

Joe Nielsen: “You know, we can see that competitor A is talking to competitor B five times in a day. And what it allows us to do is enter our document database and go to that day and listen to what they were saying.

Everything turned noticeably when he paired phone logs with thousands of Heritage Pharmaceuticals text messages. Nielsen says that this exchange, with competitor Citron Pharma, has shown collusion to increase the price of a diabetes drug. Text messaging involves two other companies: Aurobindo and Teva, the largest manufacturer of generic drugs in the world. The executive at Heritage wrote:

AS: "We are raising the price right now. Teva says they will follow."
AS: "Aurobindo also agrees"

A corporate representative from Citron replied:

AS: "We are increasing ours by 200% compared to the current market price."

Bill Whitaker: "So what's wrong with these companies talking to each other?"

Joe Nielsen: "If they were talking about their families or, you know, a barbecue they went to, there would be nothing wrong with that. But when they talk about raising prices and agree to do it, then it's completely and totally illegal.
Take the case of the antifungal drug Nystatin. As can be seen with this chart, the price has remained constant at $ 68 a bottle for years, but in April 2013 Sun Pharmaceuticals nearly doubled the price to $ 131. Immediately after the rise there was this flurry of phone calls between Sun and competitors, Heritage and Teva.

Joe Nielsen: "So you see a phone call between Heritage and Sun pharmaceuticals lasting over 45 minutes."

After dozens of calls like this, first Teva, then Heritage followed Sun's command and raised the price of Nystatin to $ 142 per bottle. Joe Nielsen also found messages that appeared to show companies, including Pfizer, conspiring to peddle other drugs on the market. The lawsuit filed Friday says, "Pfizer, acting through its subsidiary and alter ego owned by Greenstone, has entered into agreements with Teva and other competitors to allocate and divide customers and markets ... and to set and raise prices." He refers to this email from Teva as proof.

"[T] ell Greenstone we are playing well in the sandbox and we will let them have [the ... client]."

Bill Whitaker: "play well in the sandbox. What does this mean?"

Joe Nielsen: "Avoid competing with each other, take your fair share and don't go after anything more. Keep the prices as high as you can."

Bill Whitaker: "But I thought that the main point of generic drugs was to have competition and keep the price low?"

Joe Nielsen: "This is the point for us, but that is what companies that sell generic drugs want to avoid."

William Tong: "I think what we have found out is that the generic drug sector is the largest private sector company cartel in history."

Bill Whitaker: "What is the effect of this for you? Me? For the average consumer?"

William Tong: "It's devastating. It affects health insurance premiums and health insurance plans. It has an impact on Medicare and Medicaid. And it's a chain reaction that drives up the price of American health care to unnatural heights."

We contacted the companies mentioned in our report for comment. Pfizer, which advertises on this broadcast, denies any wrongdoing and claims to have collaborated with the Connecticut Attorney General. He says his subsidiary, Greenstone, intends to vigorously fight the claims. Sun released this statement: "Sun Pharma is committed to the highest level of ethics and integrity ... We believe that the allegations made in these cases are worthless and we will continue to defend ourselves."

In court, Sun and other drug manufacturers claimed that there is no evidence of a general conspiracy. The trade group of the sector told us that generic prices have decreased for three consecutive years since 2016.

William Tong: "There has been some leveling. But I don't think this means that the conspiracy is over. They are still unnaturally high. What we haven't seen is that if they stopped colluding you would expect prices to drop drastically. Competition would be expected And they would start to decrease each other on the price. This didn't happen. " 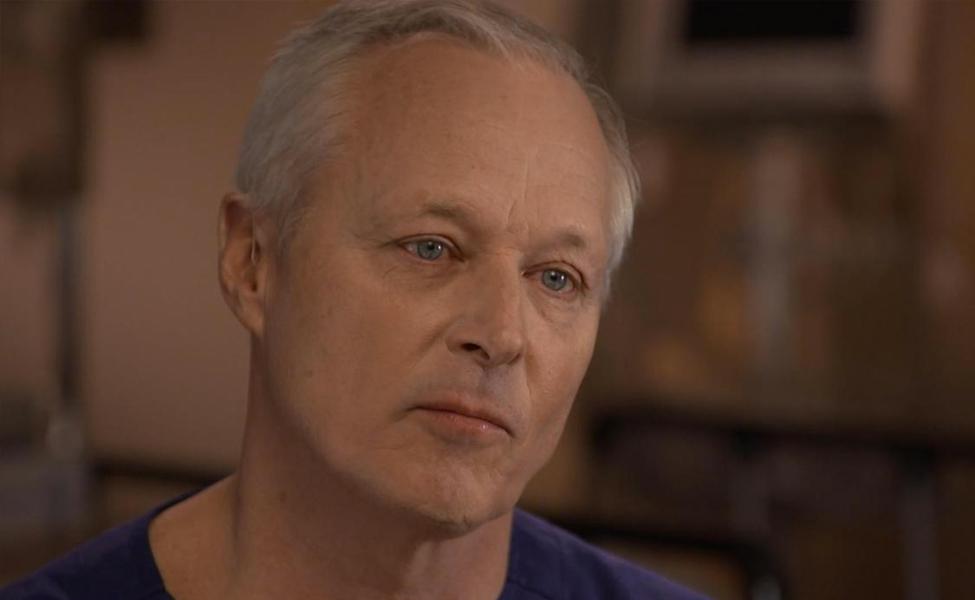 Dr Tom Pliura feels the impact of rising generic drug prices. He runs a clinic serving 14.000 people in southern Illinois. It is a federal government-designated "health care deficiency area", which is a bureaucratic way of saying that there are not enough doctors here.
Three quarters of his patients are on Medicare or Medicaid. Both government programs set limits on reimbursements for medicines. Rising generic prices created a medical emergency. Since the government won't cover the higher costs, your patients or clinic will have to make up for it.

Dr. Thomas Pliura: "We have been able to keep the doors open but it is becoming increasingly difficult."

Bill Whitaker: "Is the impact of rising prices so great that it could put you out of business?"

Bill Whitaker: "It looks tough. Too big to care for."

William Tong: This is the only conclusion that I think anyone can draw when they see these tests. So you start wondering why would they do it?

Connecticut Attorney General Tong told us that he and other state attorneys general are continuing to investigate the generic drug industry and are planning further lawsuits.

William Tong: this conspiracy has caused billions and billions of dollars in damage to people in Connecticut and states across the country. And we'll take them to court. And they will pay for the money they stole from the Americans.