Ilaria Capua had been questioned by the public prosecutor. Here is the report 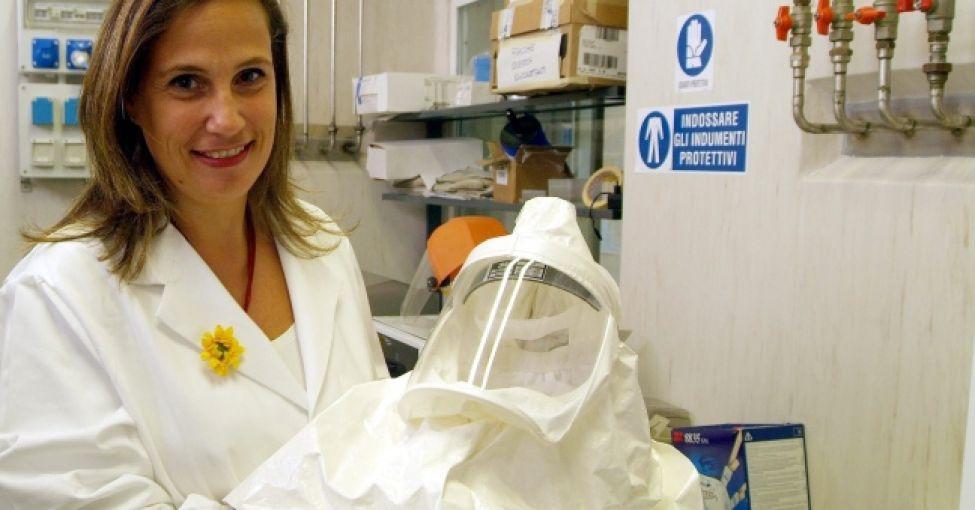 In 2007, the virologist came spontaneously with the lawyer to answer questions from the owner of the Capaldo investigation. The investigation was then divided into three proxies. Only in Verona did it end with the acquittal

Ilaria Capua, the scientist who left Italy because she was involved in a judicial investigation that had been dragging on for ten years and from which she exonerated, claims to have never been heard by the magistrates. It's not true. There is a 57-page interrogation report dated July 2, 2007, in which "the suspect Capua Ilaria" (so expressly indicated) answers the questions of the Roman prosecutor Giancarlo Capaldo, in the context of criminal proceedings no. 24117/06. This is the investigation into the clandestine production and marketing of vaccines for low court birds, which started with tests carried out by the Nas after the avian flu epidemics that had hit the farms of Veneto, Lombardy and Emilia Romagna between 1999 and 2003.

There were not only those who made money on these misfortunes: epidemics could have been feared to have arisen. The procedure is the same then unpacked in 2015 and distributed to various prosecutors around Italy. The accusatory hypothesis - which later fell - was that Ilaria Capua, head of the virology laboratory of the Zooprophylactic Institute of Padua, national reference center, had collaborated in the illegal transfer of the H7N3 virus to the company Merial spa, one of the multinational vaccines multinationals for animals .

At the interrogation, Dr. Capua had spontaneously presented herself but knew, as her lawyer Oliviero De Carolis knew, who replaced the Milanese Paolo Dondina appointed her defender, to be in a criminal case.

If there is one thing that the judiciary must apologize for, it is to have allowed 9 years to pass before arriving at the preliminary hearing, on May 15, 2015, in front of the Gup in Rome, where the proceeding was spun off for different competences: one section went to Pavia, one to Verona, the third to Padua. Pavia has disappeared from radar. In Verona, the investigating judge Laura Donati decided last Monday for the acquittal, while in Padua, where Ilaria Capua does not appear, the prosecutor Maria D'Arpa made the same request but the investigating judge has not yet pronounced. Not insignificant detail: the filing for some crimes, such as attempted bribery or corruption, is not asked because the fact does not exist but due to a prescription.

But let's go back to the minutes of the interrogation of 2 July 2007 in front of the prosecutor Giancarlo Capaldo. Who had to have a rather precise picture of the events, judging by the questions he poses to Ilaria Capua. The first thing he is interested in clarifying is the contradiction between Capua's behavior and that of the drug advisory commission, concerning the import of Dindoral, a live vaccine for the treatment of turkeys. The Dindoral had been kidnapped as soon as he arrived in Italy, because the commission had established that there was no emergency, while Capua had given a favorable opinion to the ministry of health. How did the two go together? Capua did not know about the no of the commission, she gets along saying: "They are different points of view".

The discussion shifts to the marketing mechanisms of animal drugs. "I don't know anything about marketing, I take care of the technical part" Capua replies. "I was asked for an opinion." "But the opinion was on marketing," insists the prosecutor, who also wants to know who was in charge of it at the Zooprophylactic Institute. "The administrative director Francesco Favretti and the general manager Igino Andrighetto", is the answer. The two are still under investigation in the Paduan section of the investigation.

The Zooprophylactic of Padua functioned as a vaccine bank. "We have made the diagnosis of avian influenza throughout Africa," explains Ilaria Capua. "We were the pioneers of vaccination." "But how does the transition to companies take place?" asks Capaldo. "At their request, but we don't always give it," replies the Capua. However, at the insistence of the magistrate who wants to understand the passages, he is unable to specify. "Who's the authorization to deliver to?" do not give up the pm. "I don't remember if the request comes directly from the company or the ministry." "But it is she who must then authorize." "No, I'm not giving the authorization." "The authorization implicitly to his employee, who goes to pick up the log and then deliver it." "So, the request comes to me: Ilaria delivers two logs to Dr. Tizio who will come to pick them up and agree, and I do it."

It is known that avian vaccination in Italy was suspended on December 31, 2006, with the disappointment of Capua it is clear, because more than the epidemic could the media pandemic: "There has been talk of a collapse in the consumption of meat and 70% eggs, which cost producers a lot, "says the researcher. “Since it costs money to vaccinate animals, the producers as far as I understood wanted the co-financing of the ministry. A mechanism that I don't know has been triggered ”.

Campaigns for animal vaccination lead to the discovery of the latent scuffle between the three multinational corporations of virology, which are competing for the market: Merial, Ford Dodge and Intervet. "The director general of the veterinary services at the ministry, Mirabelli, was irritated," says Capua. "The Dutch from Intervet had isolated the vaccine on their own and we had to use that because it was the only one available." Romano Mirabelli is also one of the suspects. The first vaccination campaign had been carried out with Merial's H7N3, sold under the table - according to Nas' investigations - by Capua herself, with the endorsement of Stefano Marangon, in exchange for money.

This is the point that should be clarified. But the prosecutor does not push the questions in this direction: evidently he does not want to discover the cards. Defense attorney De Carolis realizes this, who takes the initiative: "The question I am asking Dr. Capua is this: are there economic interests with pharmaceutical companies that can relate to your position?" "Absolutely not," replies the Capua. "Do you receive contributions of any kind?" insists De Carolis. "Absolutely not".
"Do you know any of these companies, do you have constant relationships?" insert the pm Capaldo. "I have been working with them for ten years, I know them, of course," replies Capua. "The technicians or even the administrators?", Asks the prosecutor again. "Well, I met the CEO of the Italian Merial, I don't know if it's still him, his name is Crippa".
"And other particular characters, with whom you have more contacts?" Resumes the lawyer De Carolis. "For Intervet there is Dr. Meini," replies Ilaria Capua. "This is the answer to the defender's question", is the sibylline clarification of prosecutor Capaldo, with which the minutes are closed.

Sibillina because Amelio Meini was the manager of Intervet to whom "Capua and Marangon wanted to give the discriminatory test Diva patented by the Zooprophylactic, in exchange for substantial capital gains for Marangon and Capua themselves". This can be read in the Paduan papers, from which even "unjustified payments made by the Institute in favor of Capua's husband, Richard John William Currie" emerge.
Everything prescribed. The outcry remains around a judicial affair that breaks public opinion.