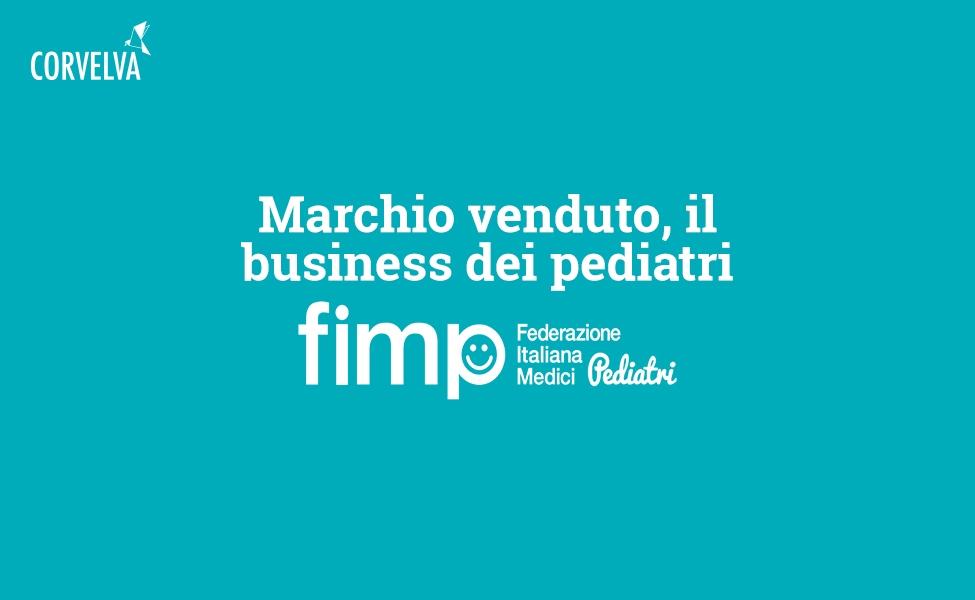 La Italian Federation of Pediatricians (FIMP) was founded in Turin in 1971 and it is joined by about 90% of the family pediatricians affiliated with the National Health Service, over six thousand doctors for 5 million children assisted. Since 1999 the National Federation of Medical Orders has granted the FIMP accreditation, not just how trade union organization, But also as scientific society and as such it is an organ that actively outlines guides such as the National Vaccine Prevention Plan or authoritative opinions that have a bearing on Italian health policies.

We are Corvelva, we do not deny the merits of the FIMP on some very limited issues and not even the excellent work of many pediatricians, but being that the children are ours, we would like to understand if its indications are free.

The question of the questions: is the FIMP free from conflicts of interest? The answer is yours ...

Before talking about the past of the FIMP, bringing a specific case, we immediately give you a couple of data taken from the EFPIA reports, that is the value exchanges between pharmaceutical industries and, specifically, the Italian Federation of Pediatricians: 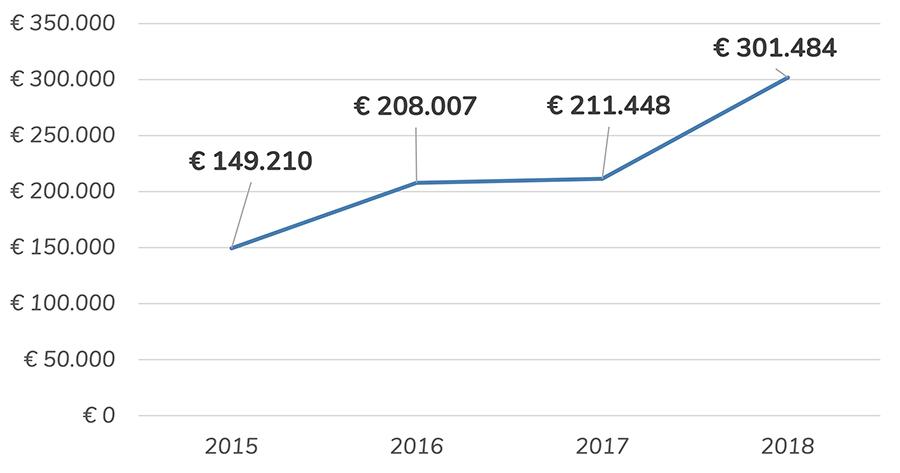 Over the past 4 years, the FIMP has received considerable figures from the industries, but more significant in our opinion is the progressive increase over time and, interestingly, to see which industries are lovingly contributing to support the FIMP, two vaccine producers . Exchanges of value are divided as follows:

Refining the previous question: but what about Pfizer and GSK when they affect FIMP's decisions?

Perhaps if we look at the past we can understand the present and the future, therefore we report the chronicle told in an article of November 3, 2008 published in the Corriere della Sera entitled "Brand sold, the business of pediatricians". 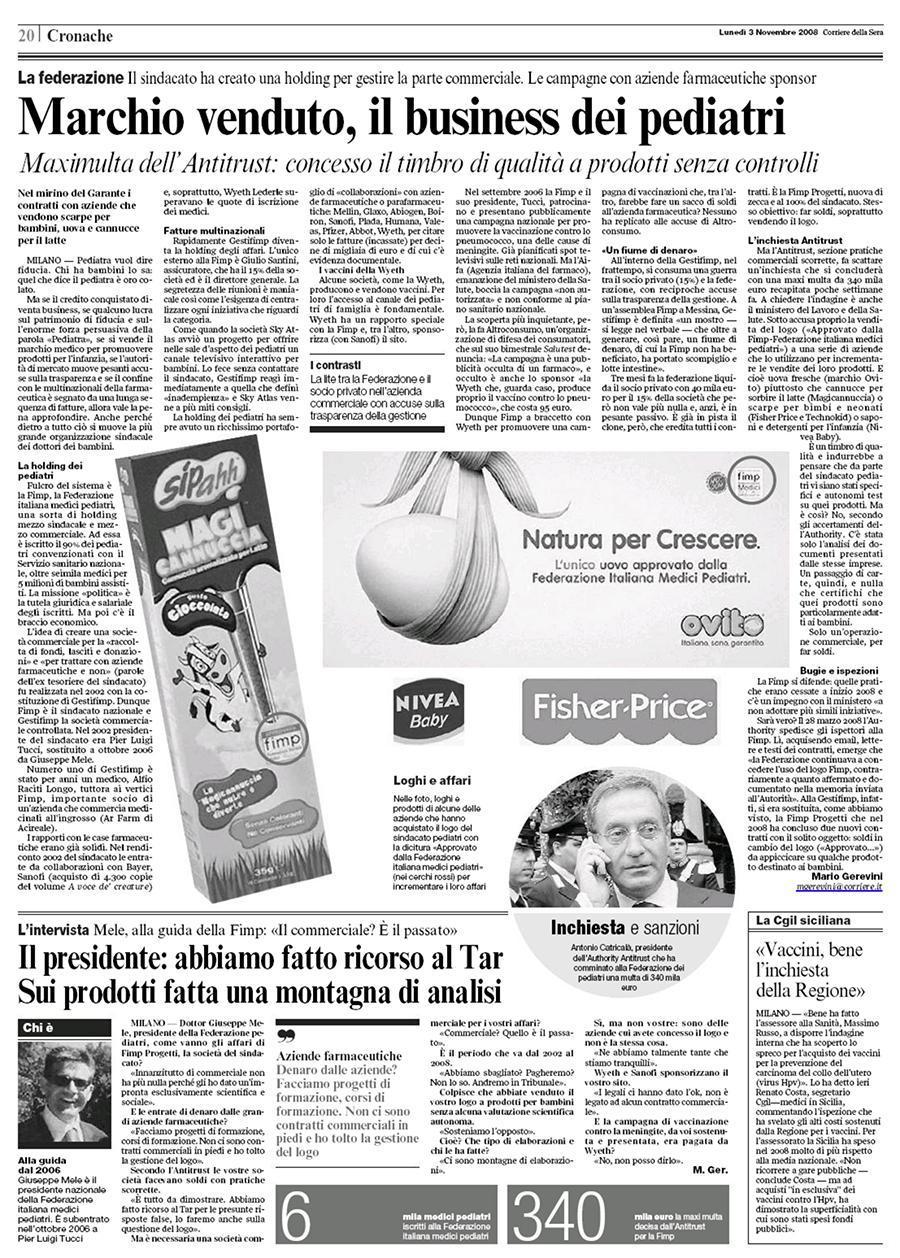 The figure of the pediatrician is synonymous with trust and who has children knows it: what the pediatrician says is cast gold. But if the credit gained becomes business, if someone gains on the trustworthiness and on the enormous persuasive force of the word "Pediatrician", if the medical brand is sold to promote products for children, if the market authority makes heavy accusations on transparency and if the border with pharmaceutical multinationals is marked by a long sequence of invoices, then it is worth investigating and perhaps asking loudly to 90% of the pediatricians who make up the FIMP to take the necessary distances also because behind everything this moves the largest trade union organization of children's doctors.

As evidenced by the article, in 2008 the revenue and value exchanges from Wyeth Lederle (manufacturer of the Prevenar vaccine) to the FIMP exceeded the registration fees of doctors.

The "political" mission of the FIMP was from the outset the legal and salary protection of the members. But then there is the economic arm and the idea of ​​creating a commercial company for the "collection of funds, bequests and donations" and "to deal with pharmaceutical and non-pharmaceutical companies" (words of the former union treasurer) was realized in 2002 with the establishment of GESTIFIMP.

Therefore FIMP is the national union and GESTIFIMP is the controlled commercial company.

In 2002 the president of the union was Pier Luigi Tucci, replaced in October 2006 by Giuseppe Mele.
Number one of GESTIFIMP has been for years a doctor, Alfio Raciti Longo, still at the top of FIMP, an important partner of a company that trades wholesale medicines (Ar Farm of Acireale).

Relations with pharmaceutical companies were already solid. In the union's 2002 report, revenues from collaborations with BAYER, SANOFI, (purchase of 4.300 copies of the volume "A voce de 'creature") and, above all, WYETH LEDERLE exceeded the registration fees for doctors. Recall that Wyeth Laderle was purchased in 2016 by Pifizer.

The only one external to the FIMP is Giulio Santini, insurer, who has 15% of the company and is the general manager. The secrecy of the meetings is as obsessive as the need to centralize every initiative that concerns the category. Like when the Sky Atlas company started a project to offer an interactive television channel for children in the waiting rooms of pediatricians. He did so without contacting the union, GESTIFIMP immediately reacted to what he called "default" and Sky Atlas came to milder advice.

The pediatrician holding has always had a very rich portfolio of "collaborations" with pharmaceutical or parapharmaceutical companies: MELLIN, GLAXO, ABIOGEN, BORION, SANOFI, PLADA, HUMANA, VALEAS, PFIZER, ABBOTT, WYETH, to mention only the invoices (collected) for tens of thousands of euros and of which there is documentary evidence.

Some companies, such as WYETH, produced and sold vaccines. For them, access to the family pediatrician channel was crucial. WYETH has always had a special relationship with the FIMP and, among other things, sponsored (with SANOFI) the site.

In September 2006, the FIMP and its president, Tucci, sponsored and publicly presented a national campaign to promote pneumococcal vaccination, one of the causes of meningitis. Already planned TV commercials on national networks. But the AIFA (Italian Medicines Agency), issued by the Ministry of Health, rejects the "unauthorized" campaign which does not comply with the national health plan.

The most disturbing discovery, however, was made by Altroconsumo in 2006, which in its bimonthly Salutest denounces: "The campaign is an occult advertisement for a drug", and the sponsor is also hidden "the WYETH which, coincidentally, produces the vaccine against pneumococcus », which cost 95 euros.
So FIMP goes hand in hand with WYETH to promote a vaccination campaign that, among other things, would make the pharmaceutical company make a lot of money? Nobody responded to the accusations of Altroconsumo.

«A river of money»

In the meantime, within the GESTIFIMP, a war was taking place between the private partner (15%) and the federation, with mutual accusations on the transparency of the management. At an FIMP assembly in Messina, GESTIFIMP is defined "a monster - reads the minutes - which, as it seems, generates a river of money, which the FIMP has not benefited from, has brought havoc and internal strife".

Three months ago (August 2008 ed) the federation liquidates the private partner with 40 thousand euros for 15% of the company, which however is no longer worth anything and, on the contrary, is heavily liable. The clone is already on track, however, which inherits all the contracts.
It is FIMP PROGETTI, brand new and 100% of the union. Same goal: to make money, especially by selling the logo.

But the Antitrust, unfair commercial practices section, triggers an investigation that will end with a maxi fine of 340 thousand euros delivered a few weeks ago. The Ministry of Labor and Health also asked for an investigation. The sale of the logo («Approved by the Fimp-Italian Federation of Pediatricians») to a number of companies that use it to increase the sales of their products is under accusation. In other words, fresh eggs (Ovito brand) rather than straws to sip milk (Magicannuccia) or shoes for children and babies (Fisher Price and Technokid) or soaps and detergents for children (Nivea Baby).

It is a quality stamp and would lead one to think that specific and autonomous tests have been carried out on the products by the pediatricians union. But it is so? No, according to the findings of the Authority.
There was only the analysis of the documents presented by the companies themselves. A passage of cards, therefore, and nothing that certifies that those products are particularly suitable for children.
Just a commercial operation, to make money.

The FIMP (Italian Federation of Pediatricians) defends itself: those practices had ceased in early 2008 and there is a commitment with the ministry "not to adopt similar initiatives any more". Will it be true?

On March 28, 2008 the Authority sent the inspectors to the FIMP. There, acquiring emails, letters and texts of the contracts, it emerges that "the Federation continued to grant the use of the FIMP logo, contrary to what was stated and documented in the memorandum sent to the Authority".
In fact, as we have seen, GESTIFIMP was replaced by a clone, the FIMP PROGETTI which in 2008 concluded two new contracts with the usual object: money in exchange for the logo («Approved») to stick on some product intended for children .