Dying of treatment: medical errors are the third leading cause of death in the United States. And in Italy? 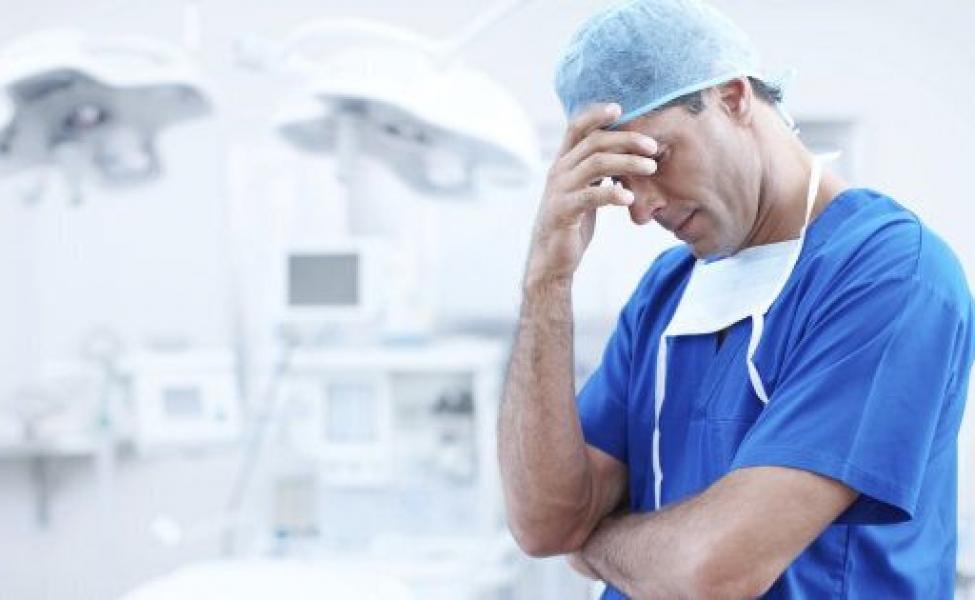 Also this year cancer remains at the top of causes of death in western countries in a head-to-head nefarious with cardiovascular diseases. The list goes on with respiratory diseases, suicides, firearms, accidents and so on. Despite medical advances, the ranking has remained virtually stable for years. Yet, while checking some articles on the subject, I was surprised by an observation that appeared some time ago on the British Medical Journal: if medical errors were a disease they would occupy third place in this inglorious ranking. According to an analysis of the John Hopkins, in the United States alone, medical errors cause more than 250 thousand deaths a year out of a total of approximately 2,6 million deaths. Estimates change significantly in different studies, but it is safe to say that medical errors cause hundreds of thousands of deaths worldwide each year. Data on medical errors in Italy are scarce, as noted by Walter Riccardi in a 2015 research. In science, the absence of evidence is not evidence of absence, and common sense suggests that Italy is no exception until to the contrary proof. 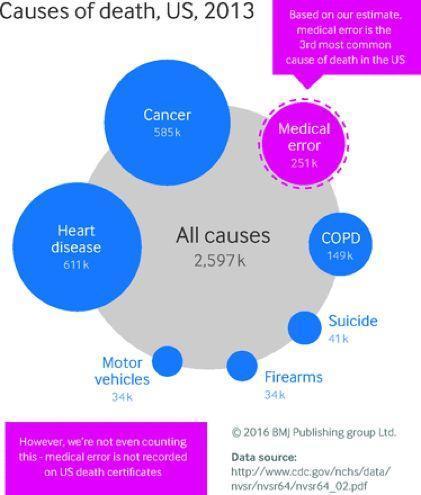 It is good to understand the definition of medical error, which the authors of the John Hopkins study define in this way: "An unintended therapeutic act (action or omission) that does not reach the intended result, an error in the execution or planning of the therapy or a deviation from the treatment plan that may or may not cause harm to the patient. " Medical errors are therefore different from the risk of complications that inevitably accompanies any medical procedure or therapy.

Some errors are obvious (for example, the administration of a wrong therapy, a transfusion with an incompatible blood group, a missed diagnosis in the face of clear diagnostic evidence). In many cases, however, it is difficult to distinguish the single human error from a complex sequence of events that accompanies a disease. For example, imagine the case of a patient with numerous other physical or mental pathologies, without family or financial support, or a hospital with limited resources and resources. Furthermore, the coding system currently in use to catalog the causes of death does not allow a univocal identification of medical errors and therefore the estimates we have are inaccurate and probably downward.

I decided to talk about it aware of the risk of inducing a short-sighted witch hunt towards a health system that in Italy, given in hand, is largely excellent, efficient and guarantees adequate public access. I hope it does not happen also because it is a global problem. Instead, there are at least two good reasons, apparently conflicting, why we should have the courage to face the problem of medical errors. The first is that human error is inevitable. Every human activity, in particular a complex activity such as medicine, has an ineliminable risk of human error. In other words, "shooting" the perpetrator of a single mistake will not prevent it from happening again. The second is that more than 50% of these deaths are potentially avoidable. We therefore have a moral obligation to try to reduce as much as possible the impact of human error within our care pathways.

Reconciling these two aspects - the inevitability and the prevention of error - is a strenuous exercise that requires the transformation of the culture of individual guilt (or of the scapegoat) into the culture of safety. To explain the concept, I report an example that Guido Tonelli reports in his book "The imperfect birth of things"At CERN, the Geneva particle accelerator and the most complex machine ever built by man, those who make a mistake and immediately report it are rewarded. As paradoxical as it may seem, this allows to remedy when the chances d ' intervention are higher and more effective because all the best skills will focus on solving the error.Not only, it will be possible to understand why the error happened and how to prevent it from happening again.

In fact, every mistake happens not only because of a person, but because of the failure of an entire process that has not put in place adequate tools to prevent the mistake from happening. For example, if double identification with a colleague or the use of an electronic system based on a barcode is required to administer therapy, it becomes more difficult to fail therapy. Similarly, if a case is discussed in a multidisciplinary specialist consultation, it is more likely that inadequate diagnostic errors or inadequate treatment will be identified.

A tradition of Anglo-Saxon hospitals that is slowly spreading is that of M & M, or morbidity and mortality meeting where the complications and deaths that occurred in your department are discussed. They are meetings where the patient's history is analyzed with absolute tranquility and transparency and an attempt is made to understand what did not work. Sometimes we realize that it could not have been done otherwise, at other times we decide to change a procedure. These meetings teach that nobody is free from the risk of making mistakes and that we are all responsible for the continuous improvement of patient care. Certainly, there are further angles of reading of this problem which include the role of the legal system and the compensation cases, hospital management, training of medical and paramedical staff and access to treatment. The solution, assuming there is one, is not around the corner for anyone. Lowered into the Italian reality, I think this study puts us in front of some initiatives to take. For example, it would be useful to quantify and better understand the phenomenon of medical errors in the health service. The achievement of this objective could be a precious opportunity to promote the positive culture of transparency and actively combat the negative and inconclusive culture of the scapegoat. The advantage for those who carry out our national health system with dedication every day would be to be able to work with responsibility and serenity in the prevention of errors rather than in the fear of committing one. The benefit for patients would be to be able to count on a health system that systematically recognizes errors promptly, addresses them and remembers them.

You can find the article referenced by this post in: