Money to publish research: «So the professors make a career» 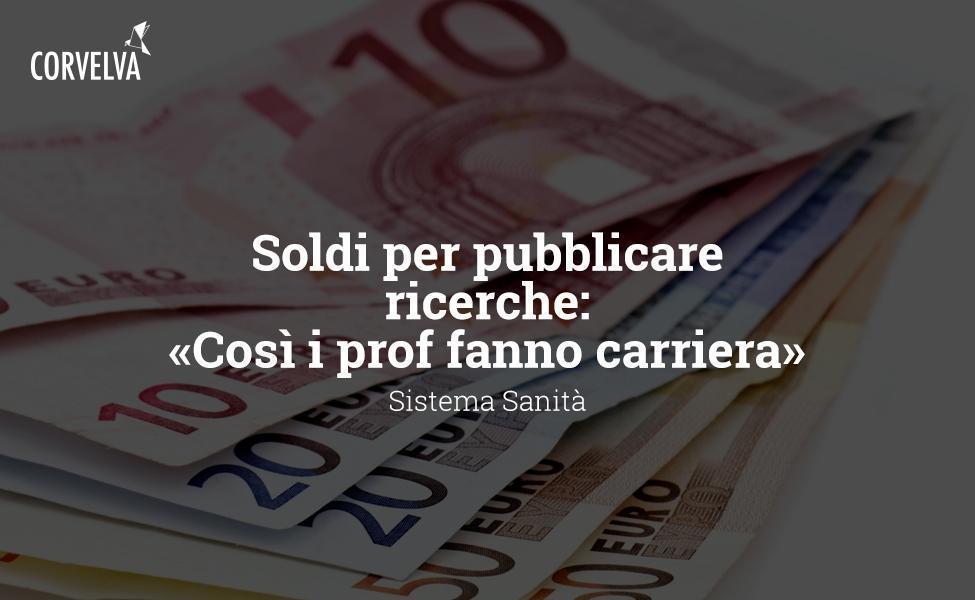 Nearly € 2,5 million was spent on seeing published scientific research that probably, without spending a euro, would have gone nowhere. Practically bogus publications, bought, useful only to enrich curricula, indispensable however to make a career. So thousands of university researchers attempted to climb the academic career. Some sought the shortcut, others literally fell for it, thinking of paying for a full-blown evaluation. It happens in Italy, where to access the competitions necessary for the career of ordinary professor you must have acquired the Asn, the national scientific qualification. And to get it you need to present in your curriculum the publications obtained during your studies and preparation. If the publications are not there, the qualification does not arrive.

There are those who obtain them with their own studio boasting research of considerable interest, those who rely on research groups led by teachers with an important name and those who open their wallets to see their name published on pseudo scientific journals, better known as " predatory magazines ”, which publish everything that arrives. For compensation, of course, and without activating the necessary checks: the "peer review" that a scientific editor should guarantee. To open this Pandora's box, which is now shaking the academic world, is a study carried out by Mauro Sylos Labini, a researcher in the political science department of the University of Pisa, by Manuel Bagues of the University of Warwick in England and by Natalia Zinovyeva of the University of Aalto in Finland. The three researchers sifted through the curricula of 46 thousand researchers and professors who appeared in the candidacies of the first edition of the National Scientific Qualification of the year 2012-13. What emerges from the research? About 5% of the participants in the national scientific certification have used predatory journals at least once. That is to say over 2000 university researchers. "A conservative estimate based on our investigation - explains Mauro Sylos Labini - suggests that the researchers of the sample spent more than two and a half million dollars to publish about six thousand articles. With an average of $ 440 per article, around € 400. Part of this figure comes directly from the researchers' pockets, but another part comes from their public research funds, and it is still an estimate that does not take into account the expenses for participating in "predatory" conferences, often associated with these publications ". A complete package, therefore, made up of publications and conferences. Aimed at raising the score useful for obtaining the certification necessary to make a career in the University.

Among the 2 thousand teachers there are also researchers who did not know they were running into an unprofessional shortcut. The scientific sectors most affected by this trick are Business Economics, Organization and Corporate Finance. These are in fact the fields in which paid publications have been found the most. But, keeping in mind the price list of predatory journals, the waste of resources seems to be greater for publications in the field of Medicine where a publication can even cost 2.500 dollars, about 2200 euros. The more publications you have, the greater the possibility of seeing your h-index increase, the score with which you judge the activity of a researcher. The phenomenon of paid publications is well known abroad so that there are real blacklists with the names of the magazines. One of the most famous is the one developed by a librarian of the University of Colorado, Jeffrey Beall. A famous example is the publication of the plot of the episode of Star Trek "Vojager": a researcher with the fictitious name Zimmerman, wanting to reveal the deception, managed to get the research published, passing it for good, by the American Research Journal of Biosciences that asked 749 euros. In the end 50 were enough.