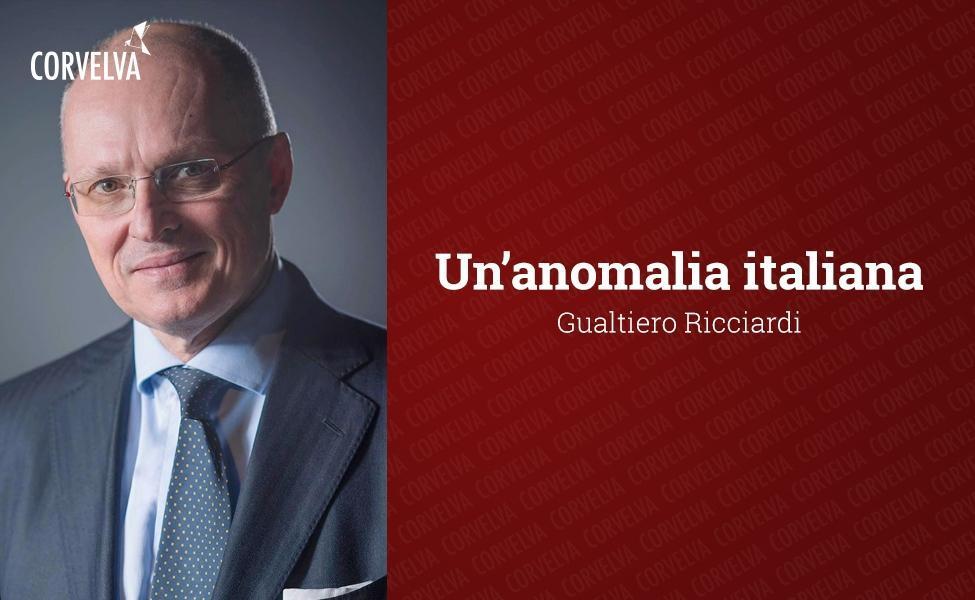 Based on the book "Vaccination"by Giulia Innocenzi

"I pointed out to Minister Lorenzin the worrying situation we were in, you have to say that she was very reactive and together we made the new law." So Walter Ricciardi, in September 2017 at the party of the Democratic Party in Florence, while claiming not without a pinch of pride his leading role in the law that imposed ten mandatory vaccines. In reality, thirteen mandatory vaccines were needed for him: he would also have added pneumococcus, in addition to the anti-meningococcus B and C, which were contained in the initial decree. And Ricciardi, as president of the Istituto Superiore di Sanità, also participated in the National Plan on Vaccines, which acted as a forerunner to the law. And he had also participated in the Calendar for life, the one promoted by scientific societies (and therefore, according to Demicheli, indirectly also by pharmaceutical companies), on behalf of SItI, the Italian Society of Hygiene. In July 2014 Ricciardi was appointed extraordinary commissioner of the main health research body in Italy, the Istituto Superiore di Sanità, and a year later he received the appointment, again from Minister Lorenzin, of president. A man with a crucial public health assignment. But who is Walter Ricciardi? Doctor and university professor, he sits on several commissions of great international prestige. Founding member of Italia Futura di Montezemolo, he then applies for the Civic Choice of Monti, but remains outside Parliament. In the hearing of Walter Ricciardi in the Social Affairs Committee in the Chamber, the deputy Massimo Enrico Baroni raised some problems with respect to the appointment of the professor. First of all, on the passage from extraordinary commissioner of the Istituto Superiore di Sanità to president: «generally for all the appointments of extraordinary commissioner there is an irreferibility subsequent to taking on the role of president. In this regard, a recent orientation of the National Anti-Corruption Authority of 6 May 2015 is recalled ", in which it was decided for a case in particular that whoever made the extraordinary commissioner for an institution cannot then act as president for the same institution. Furthermore, the parliamentarian always notes, while with the previous Minister of Health Balduzzi the procedure for appointing the president of the ISS had been done "in a virtuous way", that is, with a public appeal, with an evaluation commission and a shortlist of 27 candidates, procedures moreover used for similar research bodies in the world, none of this would have been done for the appointment of Ricciardi. Furthermore, the Member of Parliament draws up a series of conflicts of interest from Walter Ricciardi for some of his present or past positions that would have to do with industry: member of the European Steering Group on the sustainability of health systems and rapporteur of the European White Paper , initiative financed by the pharmaceutical company AbbVie; member of the Scientific Committee of CERGAS (Research Center on Health and Social Care Management) of Bocconi University, which collaborates with Novartis in the project "Academy of Health Care Management and Economics"; scientific manager of the First White Paper on Health Technology Assessment in Italy and of the ViHTA project, initiatives funded by GlaxoSmithKline. For this last position, the parliamentarian also reminds that from Commissioner Walter Ricciardi, "outside the competences required" by his role, he made the proposal to create a National Center for Health Technology Assessment in the Istituto Superiore di Sanità, " whose objectives seem, oddly enough, to coincide with those of GlaxoSmithKline in the ViHTA program ». But these are not all the potential conflicts of interest of Walter Ricciardi. "In Italy they declare less than they do in Europe," says Amelia Beltramini, scientific journalist. "For an assignment assumed in Europe, Ricciardi had to draw up his declaration of interest with the European Commission on 28 March 2013". Beltramini hands me the document which is also available online where it can be seen that the current president of the Istituto Superiore di Sanità has drawn up the HTA (Health Technology Assessment), that is the assessment of the impact on health, of a series of vaccines for pharmaceutical companies.

NOTE: As many of you may have noticed, in the list that we have just put, not all of them are vaccines but it is not a mistake, at least it is not an error by us or by the author of the book. That list appeared (now it has been deleted but the pdfs and images are kept) in the European curriculum that Gualtiero Ricciardi himself has inserted. Obviously we do not start to correct a book by citing it and the book has not started to correct the official curriculum of ricciardi. 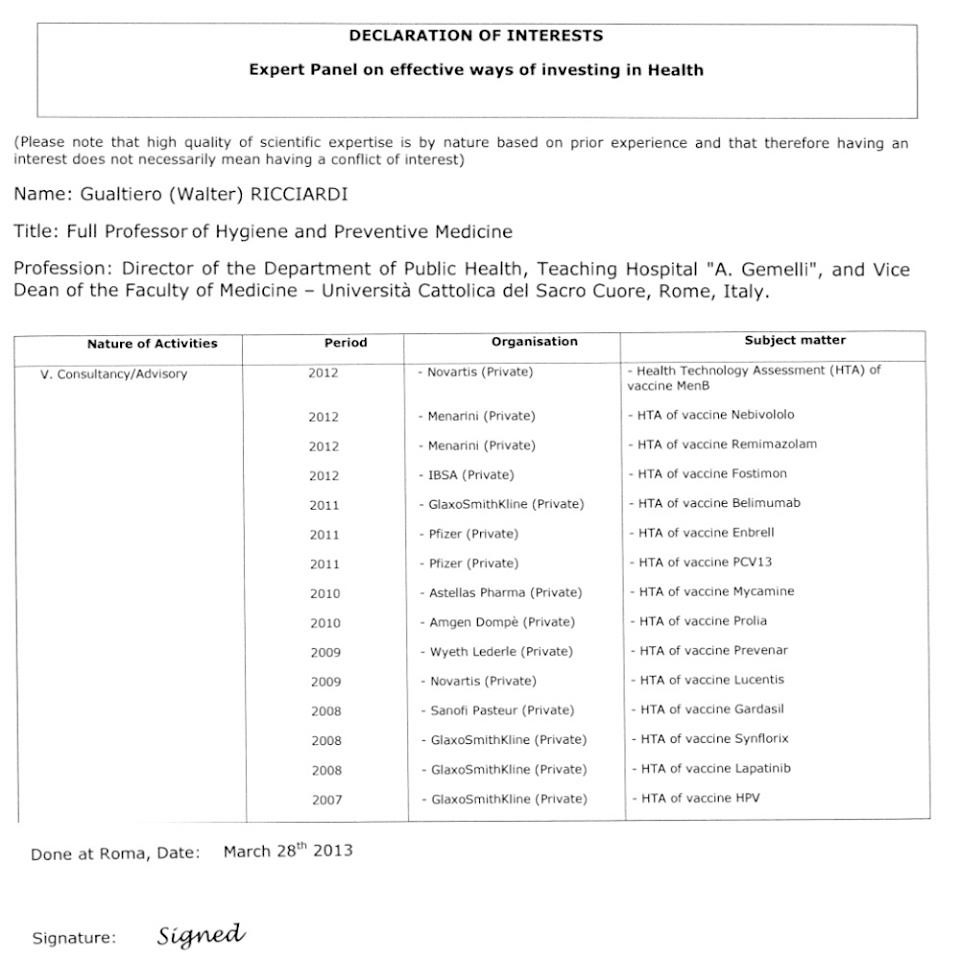