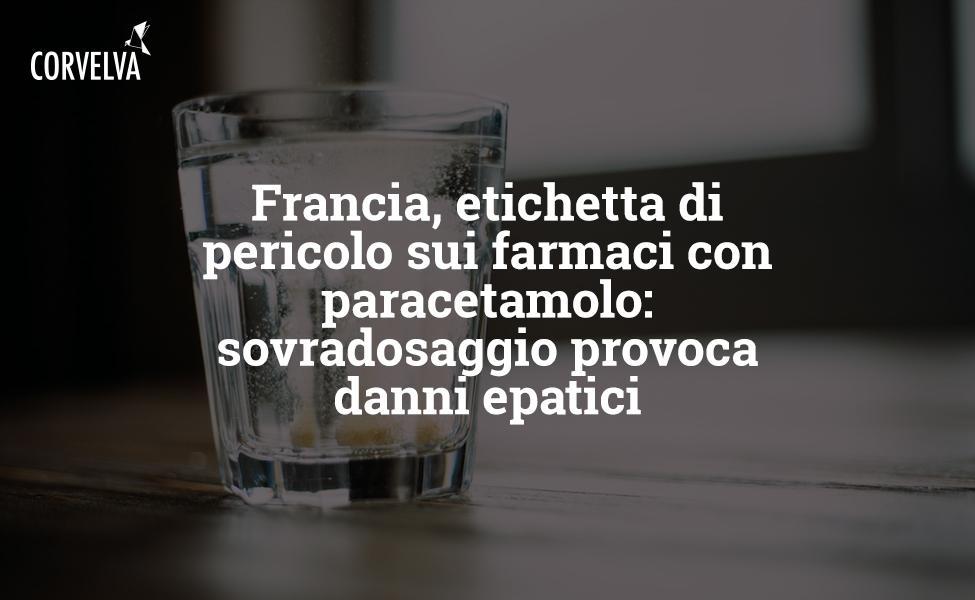 In order to strengthen the prevention of liver risks related to paracetamol overdose, the ANSM, theFrench Medicines Safety Agency, asked the concerned labs to include warning messages about paracetamol containing medicine boxes. This measure follows the public consultation launched by the Agency in August last year for sensitize patients and healthcare professionals on the risk of liver toxicity in case of overdose. It concerns more than 200 paracetamol-based specialties marketed in France.

Paracetamol is the most commonly prescribed and used medicine, as an analgesic or antipyretic in adults and children. It is present in many medicines, alone or in combination with other active ingredients. Used wisely, paracetamol is a safe and effective medicine. However, in the event of an overdose, paracetamol can cause serious irreversible liver damage in some cases. The term "overdose" refers to the use of an unsuitable dosage, a dose too large per dose or per day and a minimum interval between doses that are not respected. Misuse of paracetamol is the leading cause of pharmaceutical-derived liver transplantation in France.

Results of the public consultation

Almost 2.300 people participated in the consultation launched by the Agency last year, 75% of whom were citizens, 22% of healthcare professionals, 1% of patient associations and 1% of representatives from the pharmaceutical industry. 97% of people said they were in favor of adding a liver risk warning message to the front of the boxes. 88% were also in favor of adding a pictogram and finally 90% in favor of creating harmonized mentions on the back of the boxes, aimed at reducing the risk.

There are two alert messages that will appear on the packs depending on whether the drug contains only paracetamol or contains it in addition to others.

Medicines that contain paracetamol in combination with other active substances