How did the vaccines really start? 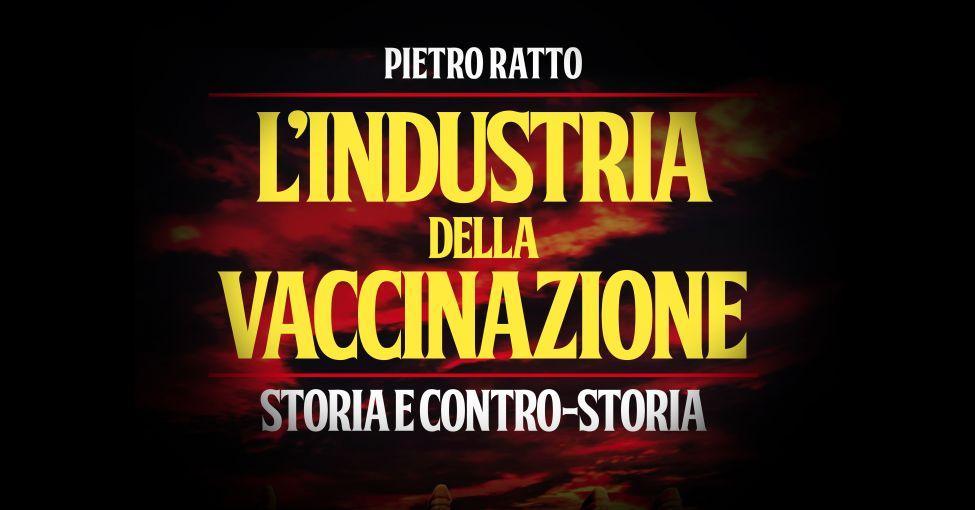 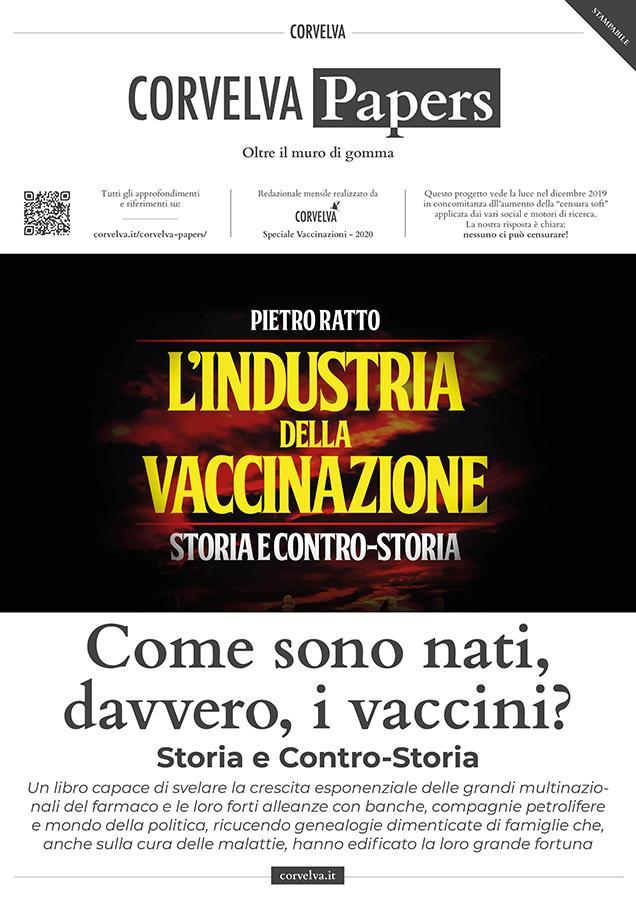 History and Counter-History - A book capable of unveiling the exponential growth of the large multinational drug companies and their strong alliances with banks, oil companies and the world of politics, mending forgotten genealogies of families who, also on the treatment of diseases, have built the their great luck

While the world looks with apprehension at the evolution of Covid-19 and its disastrous psycho-economic effects on the international community and a vaccine capable of stopping a now global pandemic is being invoked from many sides, Pietro Ratto decides to move against the trend, retracing the little transparent History of the pharmaceutical industry and vaccination from its origins to today, following the thread that connects the first - and decidedly controversial - smallpox contrast techniques, to the rapid and not very transparent process of diffusion and marketing of serums.
The Vaccination Industry - History and Counter-History (Bibliotheka Edizioni, 192 pag.), To be released in all bookstores on April 9, is part of the "Distorica" ​​series, the series of essays that analyze particular historical events trying to shed light on their darker and more secret aspects.

As Pietro Ratto says, in the time of the answers to all the questions, of the granite and indisputable certainties, of the pre-established and incontrovertible dogmas, we must instead start to free ourselves from these chains, giving sap and making the most precious fruit available to us sprout: doubt .

And the Distorica necklace from doubt arises and inexorable doubt leads. In the belief that man is truly such only if he knows how to ask questions, if he knows and loves to seek. If he never stops being satisfied. Because culture lies in the tormented and uncomfortable questioning. It is in the question, in fact. In always seeking, and never possessing, the truth.

Just take a look at the titles that dot this galaxy of nonfiction to get an idea of ​​the substrate on which it rests: L'Honda anomala (2017) returns to uncover the skeletons buried in the Italian wardrobe in the aftermath of the kidnapping and killing by Aldo Moro at the hands of the Red Brigades; I love John - The Gospel found (2018) sheds light on the manipulations perpetrated by the Church on the original text of the apostle; The images of the mystery (2018) analyzes the symbols hidden in the works of art, secret keys that open the doors to reach the origins of history; The torn pages (2020) analyzes the traces of the highly censored story of the pope Giovanna, the pontiff woman and finally Il Gioco dell'Oca (2020) explains the most censored background of the process filed, in 1415, against the great Bohemian reformer Jan Hus .

Conducted with a fast and passionate rhythm like a conspiracy thriller, in this new counter-historical essay the author explores the dark side of the vaccination industry, making the intertwining of major pharmaceutical companies (such as Sanofi, Merck, Pfizer and Glaxo), oil companies, investment banks and powerful dynasties (Rothschild, Warburg) that lead the world economy. Demonstrating how the alliances of interest are transversal and intertwined with each other, and the contact between finance and politics in relation to the widespread pharmaceutical industry.
For example, the Ricciardi case, under whose presidency the Istituto Superiore della Sanità received from Glaxo, between 2014 and 2017, 332.593,76 euros. And how can we forget the medical-scientific journals, considered by far the most reliable tool to evaluate a therapy or a pharmaceutical product? Journalist and researcher of medical ethics Harriet A. Washington, as Ratto explains, has shown that up to 99% of the advertising revenues of this type of publication can be made up of promotions actually financed by pharmaceutical multinationals.

There is also no shortage of references to the so-called "dragon medicine", or to pharmaceutical companies born in China, towards which many western industries are forced to relate, willingly or unwillingly. China, on the other hand, is the world's second largest manufacturer of prescription drugs after the United States and, in this sector, its expansion in the international market shows no sign of stopping.

The clear and alarming picture of a world in which the god of money seems to prevail over the health of the individual emerges, if we only consider the data relating to the multitude of scandals, scams, conflicts of interest and lawsuits related to the multiple deaths caused by the administration of drugs and vaccines (and we must not forget the aforementioned legal provisions on the obligation to take as many as ten sera simultaneously, as a condition for access to public education ...).
The last chapter, of course, also hints at the Coronavirus constituting, by force of things, a sort of chapter in the making, a literary work in progress. The prospect of an epidemic extended to the entire planet and, in many cases, capable of proving to be lethal, is in fact for Pietro Ratto all the more gruesome precisely in the era of myths such as those of the celebrated medical-scientific progress and omnipotent technology . In this scenario with uncertain and increasingly fragmented outlines, in which fear is increasingly taking the place of hope, the author cannot help but wonder if the Italian-Chinese treaty of March 2019, in which we read passages - certainly not very appreciated by the United States, something can enter ...
Meanwhile, the clash between proponents and detractors of vaccination remains open and frontal.

It is no coincidence that the author asked virologist Roberto Burioni to compare, within the book, with Dr. Loretta Bolgan, a Venetian researcher protagonist, together with the Corvelva association of which she is a consultant, of the disturbing analysis carried out in 2018 on a series of vaccines, results contain forty-three improper substances such as antibiotics, fungicides, pork jelly, herbicides, antimalarials etc. In addition to abnormal quantities of fetal DNA. Burioni's answer? A little contemptuous: no comparison except among equals ...
An uncomfortable work therefore, but courageous and indispensable. Which brings to the attention of the reader a truth considered by many to be indisputable, the combination of a series of questions, and the unhinging from the foundations. A research that, as the author still states, is aimed at those who are never satisfied and those who prefer the adventurous risk of doubting over the comfortable contentment of the usual, reassuring answer.