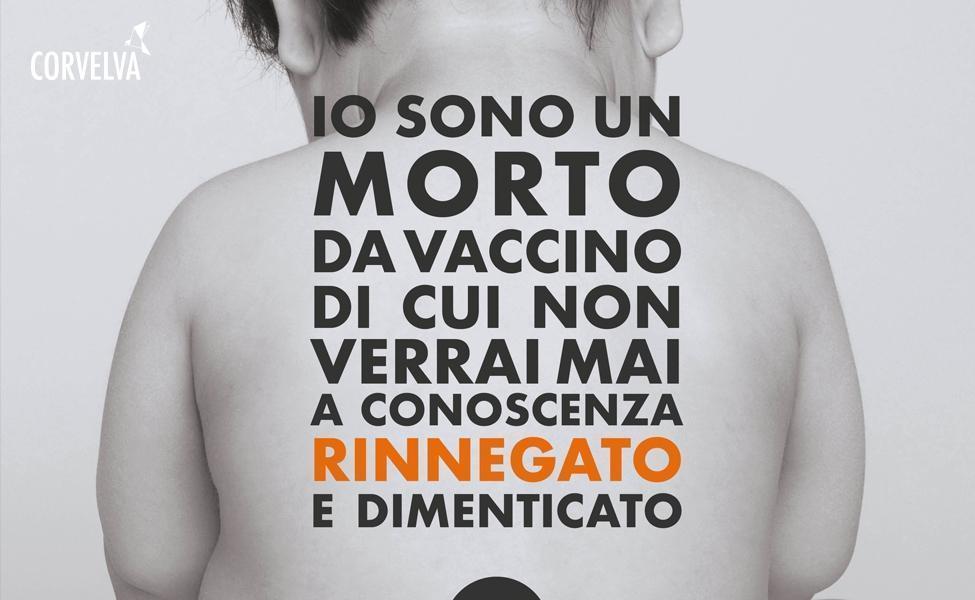 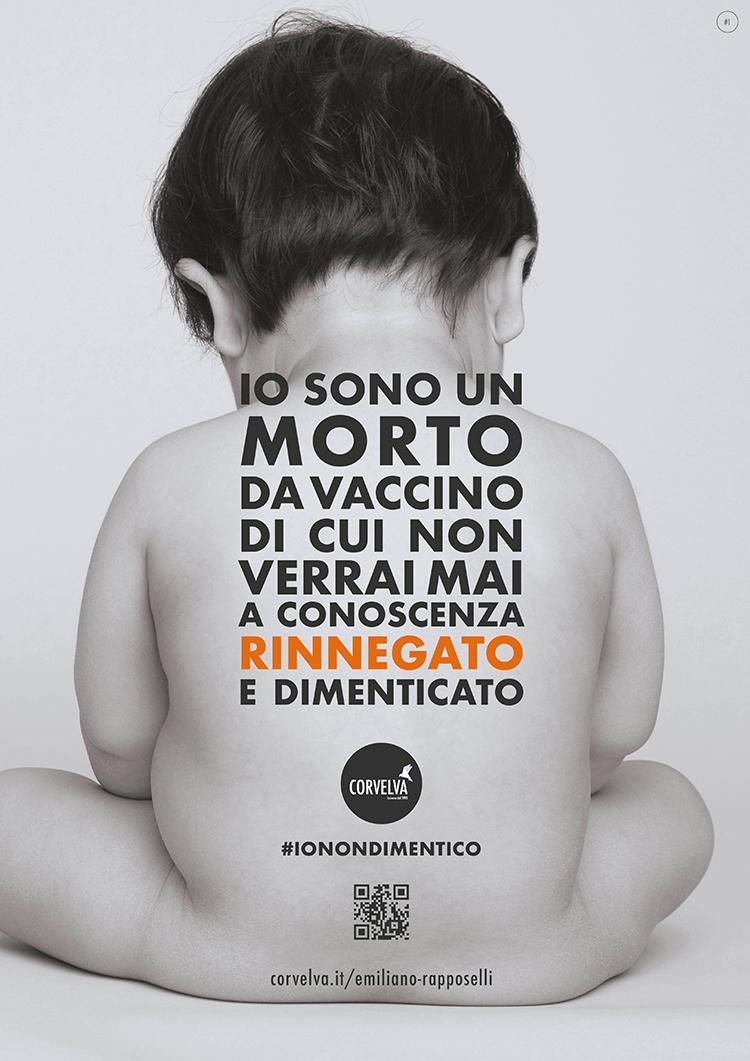 On November 6, 2001 Emiliano Rapposelli was born, a normal child in a normal Venetian family. The parents, both nurses, had no particular doubts about the vaccination practice and had, like many other families, subjected the little Emiliano to the hexavalent vaccination, in order to fulfill the then obligation of 4 vaccines. Everything proceeded normally, no reaction to the vaccination had appeared and Emiliano continued to grow up calmly like many other children.
In 2003, after a recall from the competent ASL to carry out the vaccination for measles, rubella and mumps, the parents had turned to their pediatrician and, as happens today, they had been warned by finding themselves facing the specter of epidemics. In 2002, in fact - as reported also by the pediatrician of Emiliano - in Campania there were 1.633 cases of measles in the first 7 months, 3 deaths among children and 1 boy of 22 years. The Rapposelli family, absolutely not skeptical about vaccinations, had listened to the pediatrician's opinion, being "convinced" of the danger of the complications of the diseases for which they would "protect" their son with vaccination and had trusted the reassurances of the pediatrician on the the absolute safety of the vaccine, so as to decide to carry out the then optional vaccination, MPR.

On the morning of February 14, 2003, the MPR Morupar vaccine was inoculated and 9 days later, on February 23, Emiliano died in his cot. From here starts a real rubber wall.

On February 14, 2003, the day of the vaccination, Emiliano's father (who accompanied the child) advised the vaccinating doctor that the child was not well, had a fever and cough and asked for advice on whether to move the vaccination but, reassurance, "no contraindications" , regarding the state of health of the child, as well as the lack of time allowed between anamnesis and inoculation (well less than 5 minutes) did not give way and time to assimilate and reflect.

The subsequent symptomatology proposed by the doctors, "in a week will have some fever line", had a perfect expiration but a tragic end.

A few days after his death, the phone call arrived which perhaps changed perspective to the Rapposelli family, the hygiene service called Emiliano's mother directly reassuring her about the outcome of the autopsy, which totally excluded vaccination as the cause ... The phone call opened a further gap for the doubts of the Rapposelli family.
Corvelva intervened immediately and Dr. Miedico, contacted and appointed as a medical examiner, often cites "the Rapposelli case" as it was only the case that led the family to rely on Corvelva and him, who asked to keep the samples of tissue to be analyzed by freezing them, and not in formaldehyde as a practice, since the latter, due to the specific chemical qualities, would have canceled any bacterial or viral residue.

The first analyzes of the Istituto Superiore di Sanità, requested by Dr. Silvano Zancaner, specialist in forensic medicine at the University of Padua, indicated meningitis as the cause of death since the genome of the meningococcus had been found in a tissue sample sent. .
It was easy for Dr. Miedico to refute these analyzes and formally ask, on behalf of the family, to proceed with the investigation.
Dr. Miedico's report showed that the genome tract detected by the Istituto Superiore di Sanità was too "small" to allow identification of the meningococcus.
For the family it was a real mockery by the state, not the last one unfortunately.

Finally, the latest result of the autopsy, arrived after 9 months of medical-scientific investigations, of the Istituto Superiore di Sanità, highlighted the presence of the Schwarz virus genome in the brain tissues of the little Emilian.
The MPR Morupar vaccine, as regards the measles component, was produced by attenuating the live measles virus, specifically the Schwarz virus. Analyzes confirmed the typing of the vaccine virus.

An autopsy arrived 9 months after the death of Emiliano Rapposelli, which "certified" the causal link between inoculation of the MPR vaccine and death.

The GIP of the Court of Padua asked for a further expert report and commissioned Dr. Benciolini, he definitively confirmed the connection between MPR and death, "exonerating" however the health personnel who had practiced the vaccination, "not being any anomalous predictable reaction ": even if the family had informed the child's health, they could not have foreseen it ...

In 2006 the Hospital Medical Commission - which for the law 210/92 is carried out by the military sector in a military hospital - recognizes the death due to vaccinations.

But this death does not appear in subsequent Green Channel reports.

The Rapposelli family together with other Venetian families tried to communicate the death of their children to Canale Verde. Corvelva, supporting families directly or indirectly, has tried for years to push political forces to have deaths entered on the Green Channel and Ferdinando Donolato, President Corvelva, recently handed the commissioner Coletto an autopsy of little Emiliano to the councilor Coletto the documentation attesting to the causal link between MPR and death, documentation composed of scientific evidence and not the result of "procedural truth" alone.

The most common response that Canale Verde has given to families requesting the statistical insertion of death - families already certified by law 210/92, already indemnified, no further plus is paid if present on these pharmacovigilance channels - has always been categorical: the first report that the competent ULSS sends to Canale Verde is the only scientifically correct one, this regardless of whether the scientific and objective evidence arrives subsequently and regardless of whether the Ministry of Health recognizes the correlation between damage / death and vaccination, therefore independently on the whole, if the first response was a NON correlation, the "case" will never be reported on the Green Channel reports.

The Rapposelli family has never stood still, during the interview it told us how it has always tried to move regional policy without success. Sara, Emiliano's mother, tells us of emails sent to Councilor Coletto in August 2017 with the documentation concerning the case of Emiliano. From 2003 to 2017, 14 years after Emiliano's death, the Rapposelli family fought to see the death of their child recognized by Canale Verde and the Veneto Region and did so out of respect for Emiliano. But we, we parents who today fight for our vaccination freedom, cannot ignore that his battle is also our battle.