Where are the anti-vaxxers? Don't worry, they are all here, watching you plumbing the depths of absurdity 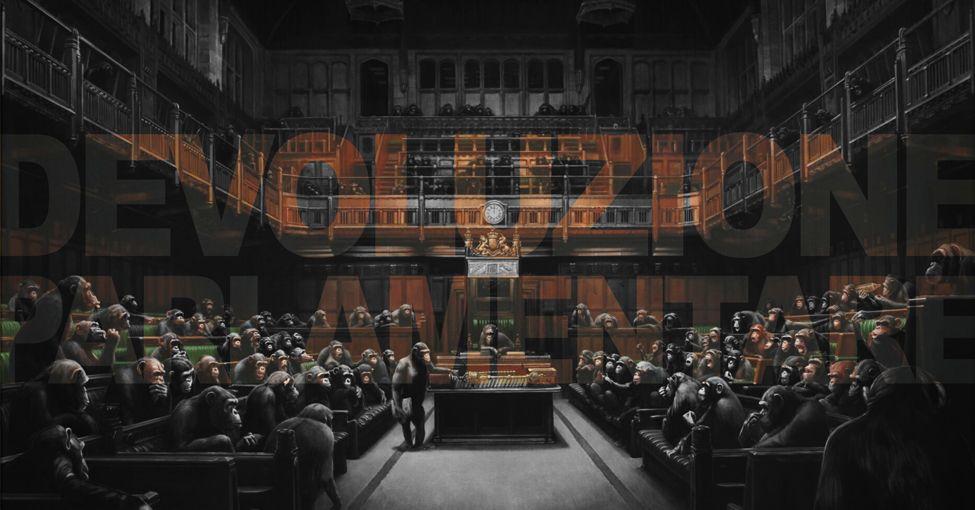 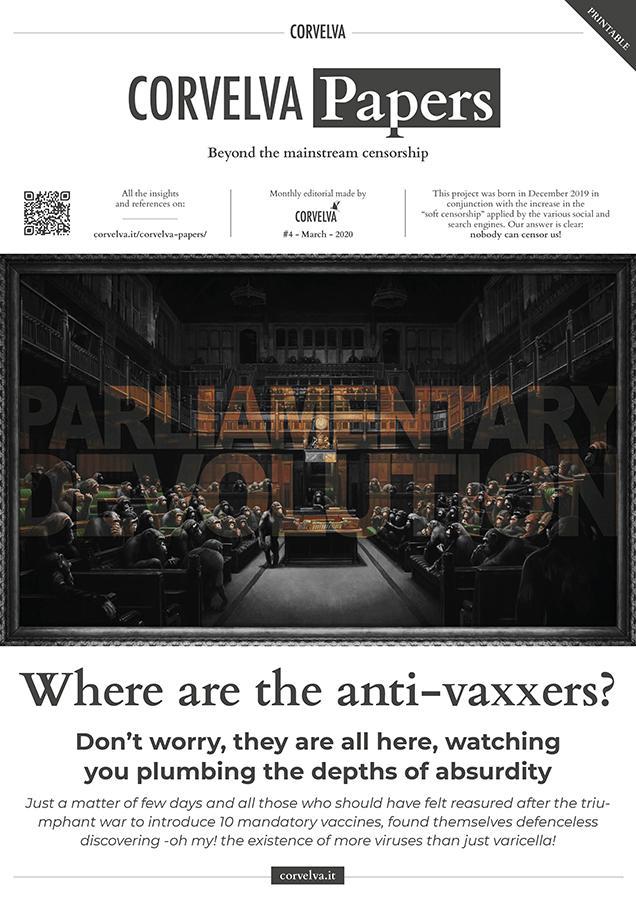 Just a matter of a few days and all those who should have felt reasured after the triumphant war to introduce 10 mandatory vaccines, found themselves defenceless discovering -oh my! the existence of more viruses than just chicken pox!

Lately we have been missing some useless and biased provocation. Most of all we have been missing the climate of hatred against "someone", so that some very talented journalists have seen fit to revive an old but still equally useful polemic: the one starring the anti-vaxxers!

Well, it happens that faced with the great psychosis (mostly mediatic) that has been gripping our country for a few days, some ingenious characters have been missing the anti-vaxxers, or rather the so dear -to them - polemic, churning out articles like "How noisy is the anti-vax silence", or "Where did the anti-vaxxers go?" and so on.

We would politely point out that those whom these gentlemen define "no-vax" or "anti-vax" are citizens like everyone else, who work, pay taxes, contribute to the country's economic and political social life, and who are against vaccine mandates (and health in general). And where are we?

We are here, exactly where we stood before, watching one of the worst shows that Italian politics has offered in a long time. We are here, astonished, watching so many political and institutional representatives blathering on the pages of newspapers, without the slightest knowledge of the facts (but something must be said and something must be written and if you don't know what to say and what to write, well, speak and write at random).

Carnivals and Holy Masses canceled, but shopping centers open; restaurants open (but empty because you have done an excellent job of media terrorism) and pubs closed; one day the crowd in Venice and the next day the ordinance to ban even public meetings for cultural and social purposes. And in the meantime a country that relies (also) on tourism is heavily damaged by the incompetency of a ruling class that, when it really comes to public health protection, goes adrift, whereas to impose 10 vaccines it finds unity of purpose on a " solid scientific base ". A Law Decree gets hastily signed at the appearence of the first cases - predictable cases since swabs have already started - and just after 3 days the WHO takes the lead of the situation coming to the conclusion that we've overdone it, it's only a flu , there's no need to panic, we have to reduce the mass psychosis (trumped up by the mass-media ...), when half the world is unscrupulously discriminating Italians, advising against travels to and from our country, blocking ships and transport to and from Italy.

But the Law Decree which suspends democracy must be kept: in various (and variable) areas of the country, it is in fact forbidden to gather outdoor and indoor in an organized way, in public and private places, and it is also possible to prevent the free movement of persons in the areas listed as “at risk” - at risk of what, now, a flu ???

Someone glosses, what are the anti-vax saying now? What are we to say ... in just a few days the institutional puppet show has miserably collapsed finally exposing the harsh reality: a country void of capable management and a ruling class able to lead and address any emergency - whether economic, political, medical .. . (not that it hadn't already noticed, being that charming country which still accomodates thousands of families in tent cities or mobile homes after the devastating earthquakes that have hit our land).

In just a matter of days all those who should have felt reasured after the triumphant war to introduce 10 mandatory vaccines, found themselves defenceless discovering -oh my! the existence of more viruses than just varicella and measles, that can manifest from day to day and affect even those who were on the "right side" of the fence and had followed, without any question, all of the indications of the self-appointed experts, who had addressed the anti-vaxxers as the worst enemy. Suddenly, all we have been saying has become self-evident: it's not 10 mandatory vaccines (not even 15) that will protect the public health or even the immunocompromised population, neither at school nor anywhere else, since there are plenty of potentially pathogenic viruses and bacterias capable of putting at risk that very same group of people, and also new viruses and bacterias are being born (not always by Nature's hands, but this is another story).

So, what is it that we are good at in Italy? We very well know how to surf the emotional wave to sell more newspapers and increase the audience and to pass uncostitutional laws on freedom of medical care; we perfectly know how to encourage investments by multinationals- with registered offices abroad- offering the population as a generous buffet; we know how to force tens of thousands healthy children to stay out of pre-schools (and we are talking about measles, whose mortality rate is almost zero in Italy), but we are ready to say "No for discrimination" when there is risk for a new disease with mortality rate (seems like) around 3%.

Now, what do the anti-vaxxers say? They say nothing, they are already used to keeping their children at home, they are not hit by any illness at the idea of ​​schools closed for a week, they already know that having a child means they have to keep it at home and pay for a babysitter throughout the year, the same way they know that the social-mom who wishes them and their children the worst, sends her son to school with fever, vomiting and diarrhea, in spite of his immunocompromised classmate.
No-vax are like that: they watch, consider, weigh out, and smile, thinking about all the media-virologists' disciples, frightened, rocking in a corner of the house gripped by hypochondria. Call it satisfaction!

But back to Covid-19: another interesting aspect that emerged forcefully from this crisis is that the "scentific community", which until yesterday pretended to be, to the collective imagination, as a united and absolutely compact front, is instead quite divided.

These days we have in fact discovered that those who were considered oracles of virology and infectious disease do not enjoy this recognition by all their colleagues; moreover the opinion of the "experts" is not unambiguous and there are several - often contradictory - voices; even, among those who deal with "Science" there can be disputes between what is right and what is wrong. Far from the "board agreement"!

Listening at those who say that Covid-19 will exterminate us all, along with those who say it is a common influence, and finally those saying that yes, it is worrying but no more than many other pathologies that cause tens of thousands of victims in Italy every year, we have perhaps re-discovered that even in medicine there is a thing called opinion, or interpretation of those same data that just yesterday seemed to be tombstones put over any attempt of dialogue and debate.