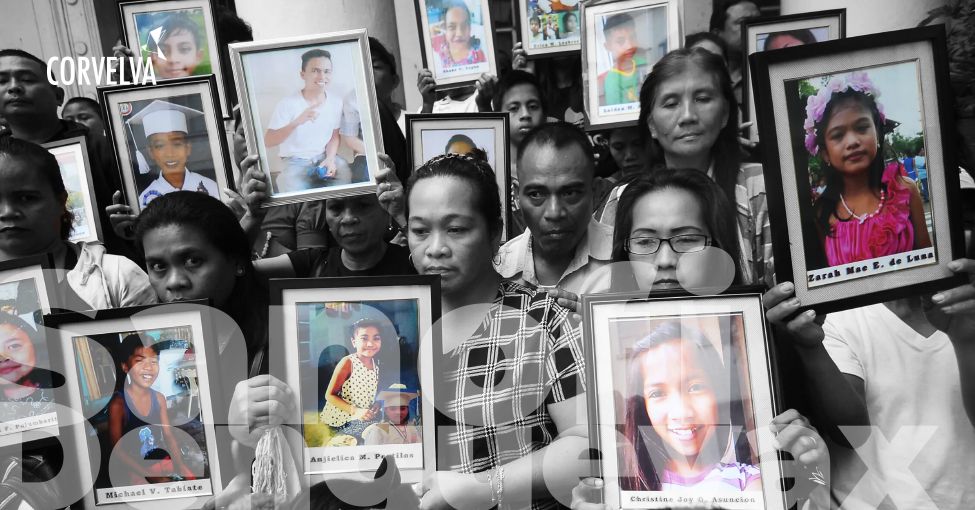 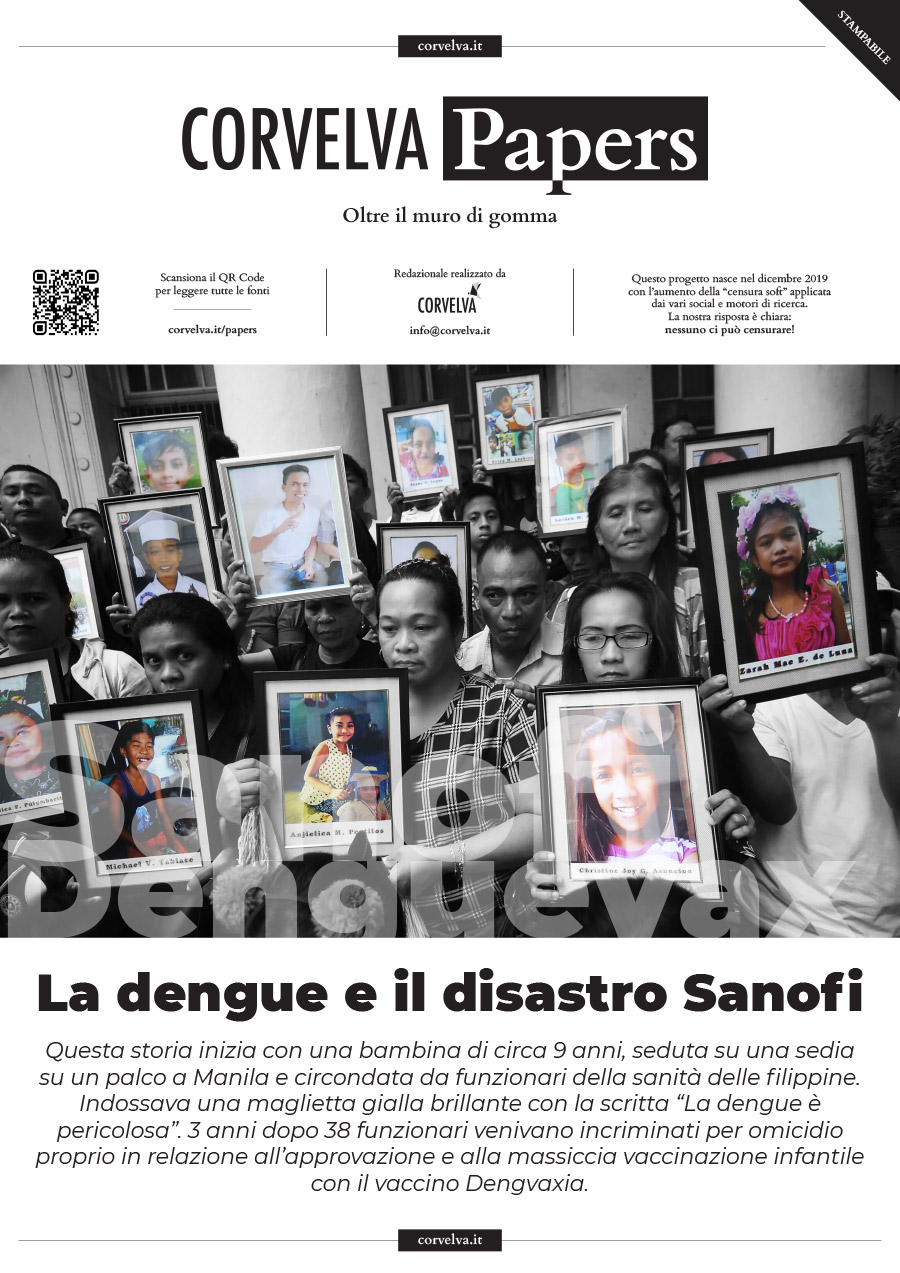 This story begins with a 9-year-old girl sitting in a chair on a stage in Manila and surrounded by Philippine health officials. She wore a bright yellow T-shirt that read "Dengue is dangerous". She narrowed her eyes and bit her lip as the Secretary of Health, Dr. Janette Garin, gave her an injection on her arm. It was April 2016 and 3 years later Janette Garin and 38 other officials were indicted for murder in connection with the approval and massive childhood vaccination against dengue that caused the death of several children. That injection kicked off a massive vaccination campaign for nearly 1 million children with Sanofi Pasteur's Dengvaxia vaccine. The goal was to save the lives of thousands of children and prevent an estimated 10.000 hospitalizations over a five-year period, but in the end, more than 100.000 Filipino children are estimated to have received a vaccine that would have increased their risk of the condition. severe and sometimes fatal.
Pharmaceutical company Sanofi Pasteur spent 20 years - and about $ 2 billion - developing the dengue vaccine, Dengvaxia. He has tested it in several studies on over 30.000 children around the world and published the results in the prestigious New England Journal of Medicine, but not all the scientific community agreed in terms of efficacy and safety. For example, Dr. Scott Halstead, former president of the global health organization American Society of Tropical Medicine and Hygiene, which has studied dengue for more than 50 years, examining Sanofi's data on vaccine safety in clinical trials, he quickly realized there was a problem: that vaccine seemed to be ineffective and harmful. Around the same time, Dr. Antonio Dans and pediatrician Leonila Dans, both clinical epidemiologists at the University of the Philippines Manila College of Medicine, along with other medical professionals, wrote to then-Secretary of Health Janette Garin, noting that the vaccine could be risky for some children and that perhaps the Philippines did not have enough skilled health workers to monitor for any harmful effects on so many people and, they added, that children aged two to five who received the vaccine were seven times more likely than unvaccinated children to be hospitalized for severe dengue in the three years after inoculation. Shortly thereafter the fears of these professionals became reality and the first post-vaccination death was reported ...

From here on, the script is already seen: Dr. Halstead wrote at least six editorials for scientific journals and made a video to warn the Philippine government of vaccine safety problems. Doctors Antonio Dans and Leonila Dans did the same by warning of the possibility of «Antibody dependent potentiation» (ADE) as a result of the dengue vaccination, but the scientific community close to the government responded in unison: doctors who participated in the "misinformation" about Dengvaxia would be responsible for every dengue death that could have been prevented with the vaccine. In short, the usual systematic denial.
A year and a half later, in November 2017, the dengue vaccination campaign came to an abrupt halt when Sanofi, by publishing a statement on its website, confirmed everything that had previously been accused of "misinformation" and thus confirming what many doctors were denouncing. months: children vaccinated with Dengvaxia, if they had never had previous dengue infections and if they came in contact with the virus after vaccination, the vaccine made the disease much worse, increasing the risk of a deadly complication called loss of disease syndrome. in short, the ADE plasma. A month later, the WHO published new guidelines recommending the vaccine only to those who have «A previous documented contagion of dengue». By that time, more than 830.000 school-age children had already been vaccinated.
Panic deeply affected all of the Philippines, protests erupted and the first reports began of parents denouncing that the vaccine had caused the death of their children, at least 10 children initially. Congress initiated investigations into the purchase of the vaccine and the vaccination campaign and the first autopsies were arranged; within a very short time the number of observed deaths exceeded 600 children and the estimate continued to rise. To understand the scale of the problem, we recall that in July 2016, three months after the launch of the mass vaccination campaign, WHO had recommended that Sanofi conduct further studies to better understand the safety issues of the vaccine and in its evaluation it stressed that the vaccine "could be ineffective or could theoretically even increase the future risk of being hospitalized or getting severe dengue" in people who have never been exposed to dengue, i.e. between 10% and 20% of children vaccinated Filipinos… we are talking about a number that fluctuates between 100.000 and 200.000 children exposed to a potentially fatal problem. On February 27, 2019, the Department of Justice Panel and the prosecutors who conducted the preliminary investigations into the first deaths published a 127-page resolution, which began indicting the Secretary of Health, Dr. Janette and others. nine officials, along with officials from the FDA, the Research Institute for Tropical Medicine and Sanofi Pasteur, for a total of 39 defendants. The charge was of reckless recklessness resulting in murder.

The Panel also noted that clinical trials for Dengvaxia were not yet completed when Dengvaxia was purchased and distributed for use in the mass immunization program. However, despite ongoing clinical trials, the FDA has approved the registration of the vaccine and based on the submitted documents, two parallel clinical trials were underway in five Asian countries to test, among other things, the safety and efficacy of the vaccine. vaccine. The first of these studies was conducted for children between the ages of two and fourteen 14, while the second was for children between the ages of 9 and 16. Both studies included active surveillance for 13 months after administration of the last vaccine dose and 4 years for further safety assessment. The first and second clinical trials were due to be completed in November 2017 and April 2018 respectively, but Sanofi submitted the Dengvaxia registration application in January 2015, therefore before the studies were completed. In December of the same year, the FDA approved the marketing of Dengvaxia and released its product registration, also well before the completion of the two clinical trials. Later, Garin and the other suspects expedited the registration exemption and purchased the vaccine and used it to vaccinate school children through the government's mass immunization program. Priced at 3 billion pesos ($ 57,5 million) just for the supply, the vaccination campaign with Dengvaxia cost more than the entire 2015 national vaccination program, while reaching less than 1 percent of the approximately 105 million residents in the country. And while it was estimated that on average around 750 people per year died in the Philippines, dengue was not even in the top ten causes of death.

On 11 December 2020, an additional 157 criminal complaints were filed with the Department of Justice for 155 victims and two survivors after the Supreme Court established an exclusive court dealing with all Dengvaxia-related cases.

The sad count of the Sanofi disaster has so far reached 166 victims, this at least according to the prosecutor's office (PAO) which on March 14, 2022 certified the death of a fifteen year old vaccinated three times with Dengvaxia, in April and October 2016 and then again on September 27, 2017. In 2018, he started suffering from nosebleeds, headaches, stomach pain and seizures, only to become completely paralyzed in 2019. His parents had asked the PAO and his team for help to perform case investigations and forensic examinations were consistent with the results of the other 165 victims.

The strength of parents who manage to report what happened to their children is immense. They know they are the tip of the iceberg whose real dimensions are impossible to estimate and to raise public awareness, for every single death, they publish a video showing the lifeless body of their son, lying on a cold bed in a morgue.

This is the Sanofi disaster.

The victims of the Dengvax