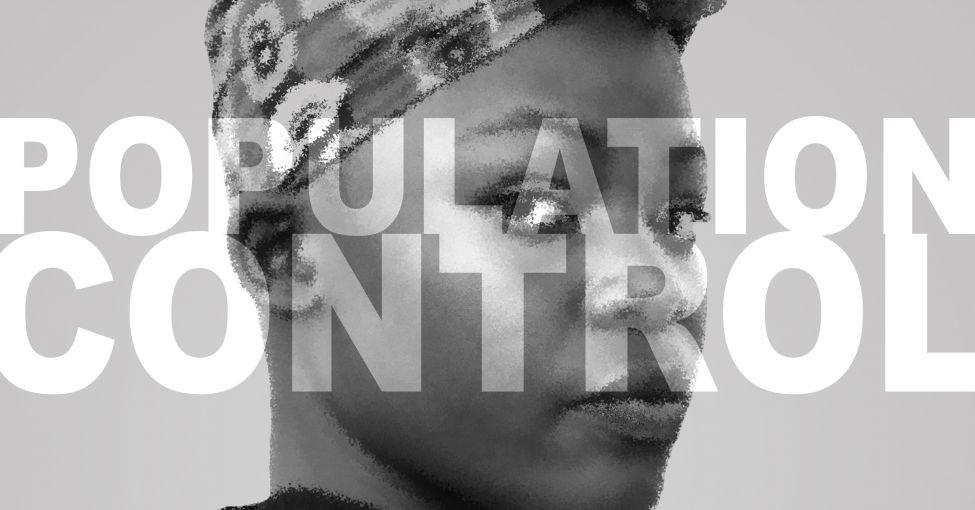 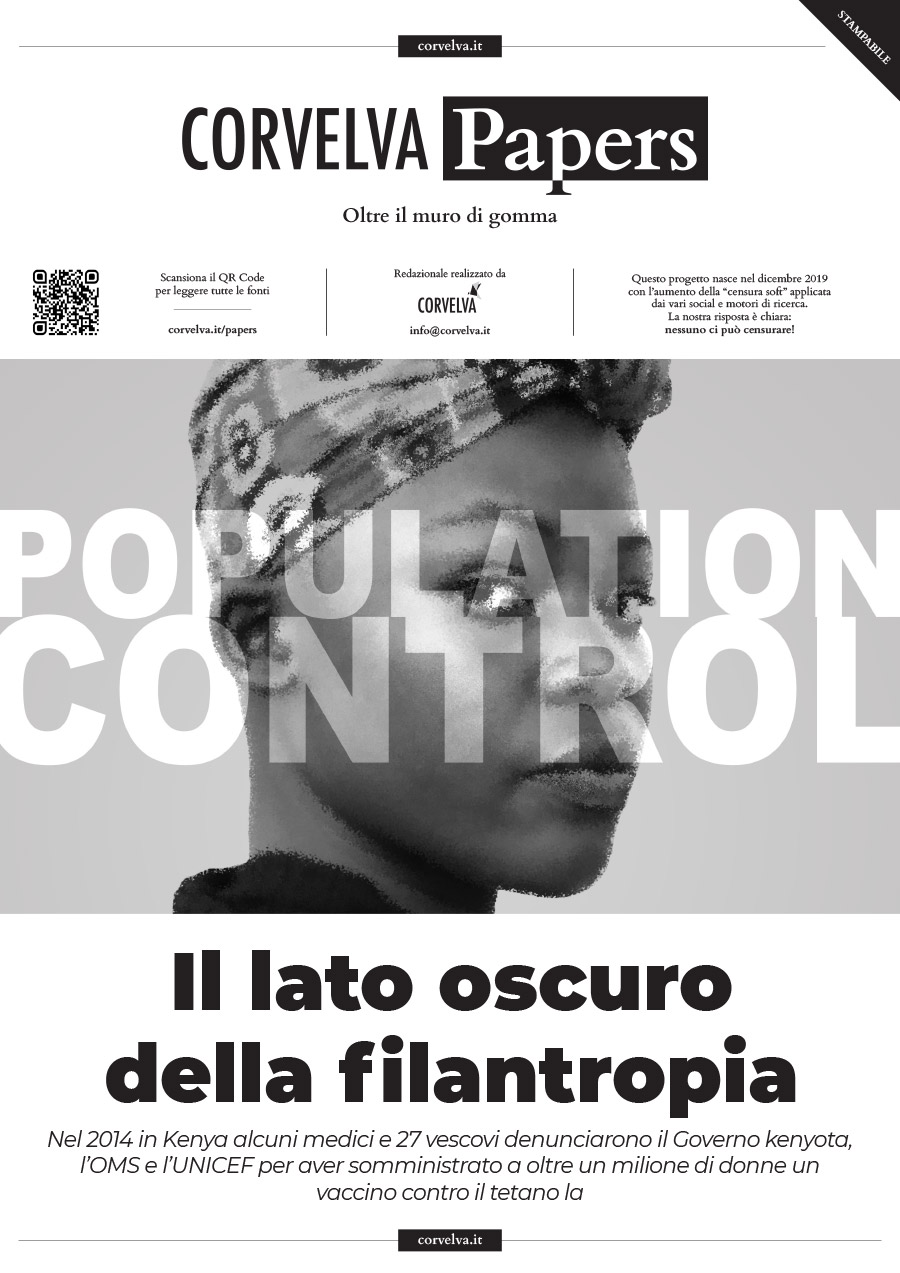 In 2014 in Kenya some doctors and 27 bishops denounced the government, the WHO and UNICEF for having administered to a million women a vaccine against tetanus containing an antigen that produces abortive antibodies

At a time when all the spotlight is on the search for the Covid-19 vaccine and the mainstream media are taking on the burden of highlighting all the merciful philanthropy of characters like Bill Gates and the search for the vaccine that will save humanity from extinction; at a time when dr. Tedros Ghebreyesus, director of the WHO, is committed to raising funds from various nations in order to make them available to the pharmaceutical industry, tweeting thanks to the heads of state who adhere to this sort of great world philanthropic event; we want to fish out some skeletons in the closet which, fatally, involves the same actors on the field.

In particular, the mind goes back to what happened in 2014 in Kenya, when some doctors and 27 bishops denounced the Government, WHO and UNICEF for administering a million women with a tetanus vaccine containing an antibody-producing antigen abortifacients. These women (including many girls) received without their knowledge an experimental vaccine which was found to be able to sterilize the female population. But let's go in order and try to reconstruct the facts, keeping in mind the names and institutions involved.
Why did they investigate? What was wrong? First of all, the procedures for managing vaccines and their administration: the vials arrived escorted by the police, they were administered by operators who were also escorted, instead of the usual hospital medical staff; in addition, the doses were 5 in 6 months, compared to the usual 3 spread over the years and, above all, the recipients of the extraordinary campaign were only women and only in fertile age (14-49 years).

The alarm in April was raised by the Association of Catholic Doctors and the country's Episcopal Conference which, suspicious of the practice and the lack of a tetanus emergency, had had 6 vaccine samples analyzed in the laboratory, thus discovering that these vaccines they were produced by joining the hormone Beta-Hcg, a hormone necessary for pregnancy, to the tetanus toxoid. In this way the organism would activate an antibody response against the same hormone, preventing future conceptions. They managed to send several samples of the vaccine to different laboratories and thus find confirmation of their suspicions.
A statement from the Association of Catholic Doctors of Kenya has made it known that the results confirmed their worst fear:

It should be noted that UNICEF and WHO distribute vaccines free of charge in several developing countries and that financial incentives are also provided for governments to participate in these programs.
When the United Nations funds are not enough to buy the annual vaccine quotas, an organization started and financed by the Bill and Melinda Gates Foundation, the GAVI, provides extra funding for many of these vaccination programs in "poor countries".

One wonders: are the great benefactors who are now spending themselves to offer us an experimental drug against what seems to them to be the millennium epidemic, are they the same who perpetrated these crimes against humanity only a few years ago?
What do these facts bring to mind? An interesting parallel is perhaps possible with what happened in Italy, following the analyzes that Corvelva performed on various vials and batches of vaccines: the common denominator is the product, the vaccine, which is not wanted and therefore should never be questioned . The similarities increase when we read a statement from the Kenyan doctors, who denounce the intimidation attempts suffered, with threats of disciplinary action against the doctors themselves. Very familiar, if we think of the inquisitive attitude of the last few years against those who have allowed themselves in Italy to express doubts regarding the mass vaccination practice.
There, however, the story had a different ending, as the government was forced to put an end to the experimentation underway. On the other hand, the doctors themselves seem less likely to hang from the lips of pharmaceutical companies and international organizations than it does here.
It seems strange for a westerner to think that in Africa there are doctors and citizens who do not blindly trust WHO and "humanitarian" organizations (NGOs), because we are used to a narrative that requires institutions like WHO to be salvific, that the population, especially in the poorest countries, pray for more vaccines and more aid. We have been used to imagining a population that expects nothing more than to be inundated with vaccination programs, even experimental ones, because this would be the only salvation for them. This is what they try to convince us. And instead here are the words of Stephen Karanja, president of the Association of Catholic Doctors of Kenya:

"The African Church is aware that the WHO cannot be trusted blindly ... The campaign that started here is identical to the one that was carried out in the Philippines, Mexico and Nicaragua, sponsored by the same bodies."

We recall in fact that the same dynamics had already occurred in these countries in the 90s.
Therefore, it would seem that those who have always been presented to us as most in need of help are also accustomed to distrusting the so-called benefactors and this for a very simple and clear reason: these institutions would have been protagonists in recent history of iniquities, of which, however, the rest the world hardly gets to know. So, since today they are all financing these same characters, expecting their help, it is necessary to deepen a little more.

For those who wish, we attach to the article you find on the website an official interview of September 2017 by Raila Odinga (https://youtu.be/qrSnNwoVS-g), Prime Minister of Kenya from 2008 to 2013, who explains what happened and confirms the veracity of the accusations: listen to him, his statements are rather heavy.

In conclusion, we reiterate that the increase in mistrust towards national and international institutions, towards philanthropic NGOs and towards some health policies, is the result of a system that for years has developed and sponsored programs also in contrast with personal freedoms. In this precise historical period in which politics is weakened, the idea that the scientocratic oligarchy itself, or worse dictatorial philanthropy, is able to dictate world health policies, scares us a lot.