ID2020 Alliance: the Global Totalitarian Project that hides behind the GHSA vaccination campaign 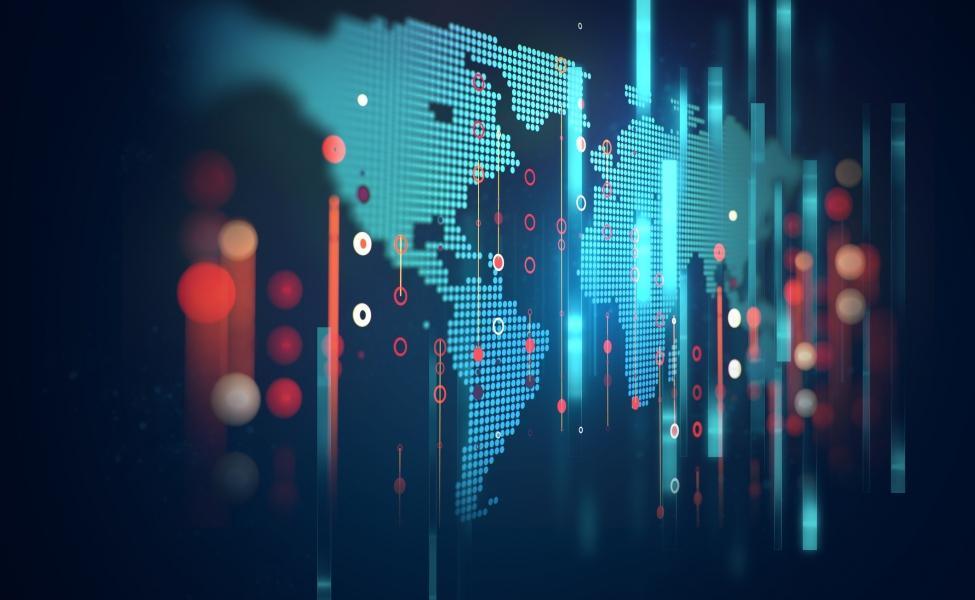 These days, history is made in secret: the great changes of power are often reported by our mainstream news and media only in a "random" way and are difficult to identify even for the most expert observers. Until a year ago almost nobody had ever heard of the Global Health Security Agenda, even if the project started in 2014 under the Obama government and has already destabilized more nations: it is not a conjecture nor a "conspiracy theory" but rather it can easily be verified from public documents [1, 2]. At the end of last year, I had published an article by J Stephen Morrison "senior vice-president of the Center for Strategic and International Studies and director of the related Global Health Policy Center" on the BMJ [3]:

"The term smart power - intelligent power it was new to me when I recently found it for the first time in a blog in the British Medical Journal within a neolingual vocabulary of J Stephen Morrison 'senior vice-president of the Center for Strategic and International Studies and director of its Global Health Policy Center. "Morrison's article is interesting both because it explicitly states how 11/XNUMX was transformed into an opportunity to include health on the United States' Global Security Agenda without being able to understand how such a move could end up tear the "consensus" and the "Western post-war liberal order"(Post-war western liberal order): intelligent power (smart power) although intelligent does not mean "liberal" and will not lead us to consensus. But it also clearly states that the global vaccination program has become an occult tool of US power. In the event that Morrison complains about the death of the center-left in Italy, then perhaps the fact that the White House has put Italy and its health minister Beatrice Lorenzin in charge of the global vaccination strategy was a mistake.

"Morrison thinks it's a paradox but it's not so much when you are witnessing a government carrying out coercion health measures on its citizens for the will of a foreign power - even those in favor of vaccinations could worry about the newly acquired powers by the state on their bodies (which could even be extended indefinitely). If this wasn't a very clever political move - yesMart - maybe even technology isn't - as I pointed out to Steven Salzberg a few years ago: "the unfortunate news is that" cruise missiles and helicopter drones "of the war on the disease often hit the wrong target, and the greater the number of cruise missiles and helicopter drones that are dropped and the greater the risk. "

“Frankly, nobody knows what they will inject us then. Bombs smart they too easily become agents of international chaos and mistrust: this happens with bombs smart the war against disease and that is what they can do both to our body and to the political scenario, including destabilizing alliances between governments. "Smart power" is also hypocritical: Italy is nothing but a surrogate for the United States. Why couldn't the citizens of the world hear directly from Obama's mouth exactly this: "your bodies do not belong to you and we will inject them with what we want"?

But the situation got hot again in early 2019 when the World Health Organization stated that vaccine hesitation is a threat to global health [2] and global health terror for measles was launched, although there was no adequate evidence of both its spread and the victims [1,4-6]. Also, of course, once the target of the widely artifacted alarm is hit, there is a demand to do the same with a variety of other products to fight other diseases. In an implausible way, health authorities continue to stick to the baseless proposal that a 2-month-old infant can benefit from an unlimited flurry of organic production without any risk of harm, and seem to have never heard of the concept of "over -medication "[7].

And only in recent weeks, without any advertising, the European Commission has published a document intended to lead us to have a vaccine identity document to be attached to the European passport by 2022 [8]. Perhaps most alarming is that none of this has been carried out with a democratic mandate: Obama's maneuvers have been entirely executive, nobody has elected the European Commission and there has been no popular request for such measures, in Italy a government fell following elections after introducing the obligation in the preceding months and a new one, which had made a commitment to repeal the obligation, had been elected, but denied the promises made. Where did it come from? Meanwhile, everywhere in the world citizens raise their voices on the subject are made full of contempt and abuse by the mainstream media: journalists who were not present, who do not know what happened and who do not know or apparently are not interested in complexity of scientific literature.

But now, from behind the scenes, a consortium has appeared: the ID 2020 Alliance with founding partners Accenture, GAVI, Microsoft, the Rockefeller Foundation and IDEO.org [9], formed in 2017 with the apparent purpose of identifying each global citizen by the year 2030 [10]. GAVI in turn is in partnership with each vaccine manufacturer, and global vaccination is evidently the heart of this agenda: it was always 2017 when the director of GAVI, Seth Berkley, clamored for "antivaccinists" to be excluded from social media - this meant in terms ad personam anyone who was critical of the vaccination program in any respect. Berkley, I would like to recall, was appealed by the Mail on Sunday as "the fattest of the fat cats of charity" - while GAVI's activities are heavily funded by the British Government [12]. Whatever these people are doing is far beyond the scrutiny of the global audience, and not necessarily for their own good.

We must also shudder at the Rockefeller Foundation's involvement. As reported in Wiki [13]:

“Since 1930, the Rockefeller Foundation has funded the Kaiser Wilhelm Institute of Anthropology, Human Heredity, and Eugenics, which later inspired and conducted eugenics experiments in the Third Reich.

I would also remember (also from Wiki) the involvement in the Third Reich of another large American company, IBM:

“While the Nazi war machine occupied several European nations in succession, the surrender was followed by a census of the population of each enslaved nation, with an eye to the identification and isolation of Jews and Romanians. These census operations were intimately interconnected with the technology and the cards were provided by IBM's new German and Polish branches, which were rewarded with specific sales areas in Poland by decision of the New York office following the successful invasion of Blitzkrieg by part of Germany. [2]: 193 the data generated by counting and literacy equipment provided by IBM through its German and other national branches was instrumental to the efforts of the German government to concentrate and ultimately destroy ethnic Jewish populations throughout the country. 'Europe. [2]: 198 Black reports that each Nazi concentration camp maintained its own Hollerith-Abteilung (Hollerith Department), with the specific task of supervising detainees through the use of IBM technology with perforated cards. [2] : 351 In his book, Black reports that “without IBM's machinery, which continued maintenance and service, so like the supply of punched cards, whether they were placed on site or externally, Hitler's fields would never have managed to manage the numbers that mattered. "

Perhaps at the end of 1929 (despite being a bad time) someone could already imagine the dark misadventure in which the world would embark.

Here we are 90 years later and we must be alert.

Thanks for the translation Chiara Remedia of CLiVa