When you find yourself on fractions of DNA that nature would never have given you ... 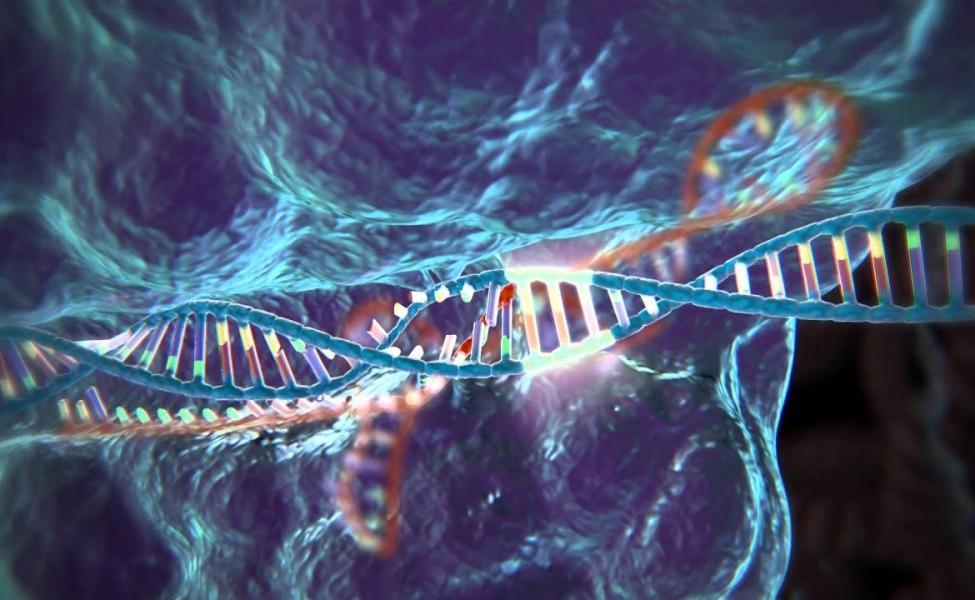 A few years ago from the Facebook page of the site “Autoimmunity Reactions"I sounded the alarm about the genetic editing technique called" CRISPR "for the direct and indirect implications on human health.

In simpler terms: genetically modified humans to avoid disease; immune system that would be able to produce unlimited antibodies to disease antigens, plants, animals, bacteria, capable of synthesizing molecules such as a chemical-pharmaceutical laboratory, etc.

But…not all donuts succeed with the hole. What exactly happened? Explained in simpler terms, in using this genetic editing technique, the cut and paste .. failed perfectly and the animals whose genome was edited DNA fragments lacking a specific function and with a disruptive potential on the development, reproduction and transmission of their genetic heritage to their offspring have been found in their cells.

What would happen to subsequent generations of these animals? Vertical transmission of anomalies wrongly designed in the laboratory with a technique that can be applied to humans with vaccines and other drugs "biological"Is a blink (indeed, it has already been applied)..

Genetic modification of DNA within living cells is considered by many to be the main technological innovation of the new millennium. Medicine and agriculture researchers quickly adopted it as a technique for discovering cellular and organism functions. But its commercial prospects are much more complicated.

Gene editing has many potential uses. These include alteration of cells for the treatment of human diseases, alteration of crops and livestock for livestock and agriculture. Furthermore, in a widely criticized move, the Chinese researcher He Jiankui states to have treated human children to resist HIValtering a gene called CCR5.

For most commercial applications the charm of gene editing it is simplicity and precision: it alters genomes in precise sites and without inserting foreign DNA. This is why genetic editing is often referred to in popular articles. "tweaking".

However, the modalities of the modification are a precondition and not a scientifically established fact. And recently he has raised some big doubts. In late July, researchers from the Food and Drug Administration (FDA) of the United States have analyzed the whole genome of two calves originally born in 2016. The calves have been modified by the biotechnological startup Recombinetics using a gene modification method called TALENS ( Norris et al. 2015. ). The two animals of Recombinetics they had become biotechnological celebrities because of a genetic modification that removed their horns. Hornless cattle are known as "Polled". Calves are well known because Recombinetics insisted on done that his two modified animals have been modified precisely to own only the stretch polled.

However, what the FDA researchers discovered wasn't exactly accurate.

Each of the calves of Recombinetics he had two resistance genes to antibiotics , along with other superfluous bacterial DNA segments.

So apparently unbeknownst to Recombinetics, adjacent to the modified site were 4.000 DNA base pairs originating from plasmid vector used to introduce the DNA required for the hornless tract.

The discovery of the FDA has attracted media attention ; mainly focused on the incompetence of recombinetics. The startup was unable to find (or maybe try) the DNA that had been added as part of the modification process.

Following the results of the FDA, Brazil ended a breeding program started with recombinetics animals.

But the FDA's findings are potentially trivial in addition to another recent discovery on genetic editing: that foreign DNA from other sources can regularly find its way into the vertical transmission of the genome of modified animals.

This genetic material is not the DNA that was put there on purpose, but rather it is a contaminant of normal modification procedures.

These results have not been reported in the scientific or popular media.

But they are of great consequence from the point of view of biosecurity and therefore for the commercial and regulatory panorama of genetic editing.

And, as the case of Recombinetics suggests, these are needs that the developers themselves may not meet.

Now you know something more that will help you stay away from the sellers of death ..