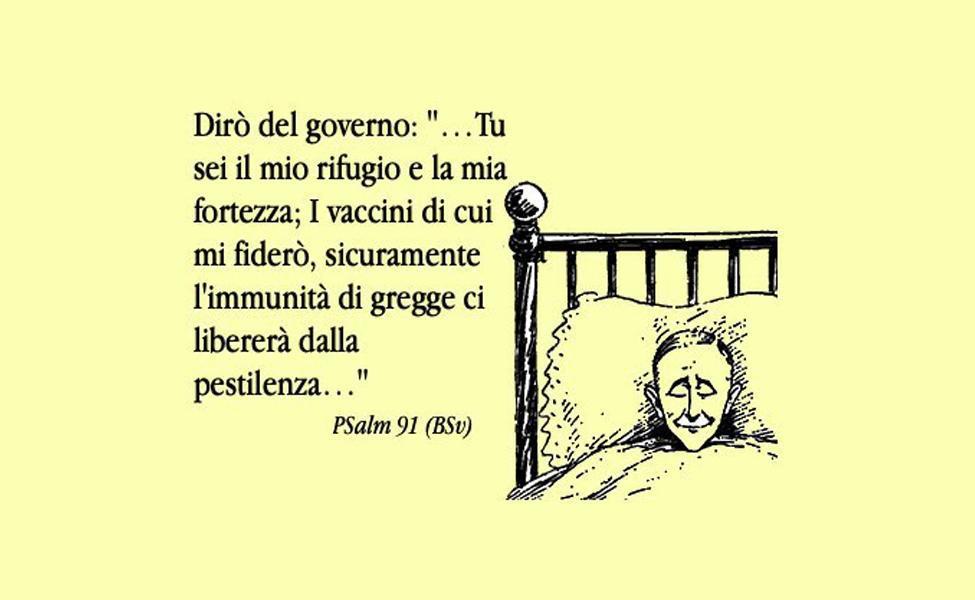 Institutional information campaigns use the concept of "herd immunity", originally coined to indicate the ability of populations to acquire natural immunity towards infectious diseases, to justify mass vaccinations as a preventive tool by the latter, completely ignoring the fact that the immunity of flock that develops in human populations is instead derived from the immune response of individuals who have contracted and actually overcome the disease. The responsible pathogen therefore reduces its circulation exclusively thanks to the acquisition of adapted immunity and not due to the effect of who knows what defense physiology generated by vaccinated against unvaccinated subjects ...

Before even AW Hedrich knew the term "Herd Immunity" with reference to measles epidemics, Topley and Wilson (1923) used the term "flock immunity" in a work entitled "The spread of bacterial infection: the problem of herd immunity". This was one of the series of classical studies by these authors on the study of the epidemiology of different infections in monitored closed populations of mice. Topley and Wilson introduced the study criteria in these terms: “…… Considering the results obtained over the past five years has led us to believe that the problem of immunity as an attribute of a flock should be studied as a separate problem, closely connected but, in many ways, different from the problem the immunity of a single host ... "

After describing the experiments that showed that immunized mice had lower mortality rates and were less likely to pass on the infection to others Bacillus Enteritidis, the authors concluded by placing the following:

".... Obvious problem to solve ... Assuming that the total amount of resistance against a specific bacterial pathogen is present in a considerable portion of the population, how should this resistance be best distributed among those at risk to ensure against the spread of the disease of which the pathogen is the causative agent? ... "(38, pp. 248-9)

The spread of bacterial infection: the problem of herd immunity

A question that, after almost a hundred years, has not yet had an answer from those who believe (and they want to believe) that vaccine-induced herd immunity is a real fact ...

The theory of "herd immunity" (natural flock immunity) it was originally coined in 1933 by Hedrich and published in May 1933 on the "American Journal of Epidemiology". He had studied the measles patterns that occurred in the United States between 1900 and 1931 (so many years before the measles vaccines were made) and observed that disease outbreaks occurred only when less than 68% of children had developed natural immunity to it.

This was based on the principle that children build their immunity only after suffering or being exposed to the disease. The theory of "herd immunity"Was built, in fact, on completely natural immunization processes and having nothing to do with vaccination. If at least 68% of the population is able to independently build their own natural defenses, no epidemic would occur.

Later, vaccinologists have adopted the sentence increased the figure from 68% to 95% without any scientific justification why and then they stated that there had to be 95% vaccination coverage in order to get immunity. In essence, they took Hedrich's study and manipulated it to promote their vaccination programs.

In his manual "Vaccine Safety" Neil Z. Miller cites research that has shown the growing vaccine induction needed to artificially stimulate herd immunity that ranged from "70 to 80 percent to two years of age in city centers" until 1991, when the planned coverage "was close 100% "... with a vaccination efficacy expected from 90 to 98%.

”…the credibility of the simple definitions of herd immunity "thresholds" is weakened by the fact that logic and formulas are based on obviously simplistic hypotheses. In particular, the basic models relating to the law of mass action take for granted that the populations are homogeneous, without differences in age, social group or seasonal trend, and that they mix according to a randomness criterion. Mathematical theorists considered these inconsistencies as a challenge to adapt the theory to more realistic assumptions .... "("Herd Immunity: History, Theory, Practice"By Paul EM Fine.)

Immunity conferred through naturally contracted disease usually lasted a lifetime. As soon as a new generation of children contracted the infection, the immunity of those previously infected was renewed because of their continuous cyclic re-exposure to the disease; except for newly infected children and the few people who never had the disease or were exposed to it, the natural herd immunity of the whole population was ensured at all times.

Neil Z. Miller he still writes: "...A confirmation of the fact that the immunity of artificial flock is fallacious and inoperative comes from the fact that in highly vaccinated populations the occurrence of "Outbreaks”, Or rather outbreaks of the disease from which the relative vaccine should protect. In 1997. Miller observed that, "... When the measles vaccine was introduced in 1963, government officials were confident that they could eradicate the disease by 1967 ..." "Subsequently, new eradication dates were pronounced in the 1982, 2000 and 2010. In the meantime, in 1990, after examining 320 scientific papers from around the world, 180 European doctors concluded that "... the elimination of measles ... seems today to be an unrealistic goal ...". And in 1984 Professor David Levy of Johns Hopkins University concluded verbatim: "... if current practices [of suppressing natural immunity through vaccinations] continue, by 2050 a large part of the population will be at risk and there may be be more than 25.000 fatal cases of measles in the United States ... "

Artificially induced flock immunity is inconsistent; disease outbreaks sometimes erupt in those who follow the recommended vaccination programs. Actually the "immunization" from vaccines is only a short-term immune stimulation. So, in an attempt to maintain immunity to vaccine herd, health authorities try, without success, the administration of booster doses. And so on, to the point that today we accept, from the cradle to the grave, repeated calls of pertussis vaccine, a disease that persists even after more than sixty years of diffusion of the vaccine.

Russell Blaylock, MD's Comments: "..One of the great lies of vaccination programs is the concept of "flock immunity ..". In fact, vaccines for most of the population have dropped to unprotective levels after 5-10 years of vaccines. This means that, for the vast majority of Americans, as well as others in the developed world, natural herd immunity has not existed and has not taken place for over 60 years. "

In the pre-vaccine era, infants were able to receive antibodies to infectious diseases from their mothers who had in turn become infected with girls and re-exposed to diseases later in life. Today's babies, born to mothers who had been vaccinated and not exposed to these diseases, no longer receive these antibodies. The result of this is that most children today are more vulnerable than children from the pre-vaccine era.

The growing herd immunity associated with natural measles, for example (e the decrease in related morbidity and mortality), was stopped with the mass spread of vaccinations against it. This makes it very difficult to predict how vaccinated populations could respond, for example, to a new strain of the measles virus that may have escaped 'protection' given by the measles vaccine (escape mutant). Considering that the general population is not immune to "Escape mutant" once again there is a risk of high morbidity and measles mortality.

Note from Dr. Andrew J. Wakefield: "... The measles vaccine destroyed the natural herd immunity and replaced it with an almost temporary and inadequate herd immunity which induced a dependence on vaccination along with an increased risk of serious adverse outcomes ..."