Why the 5 Star Vaccine Movement has failed 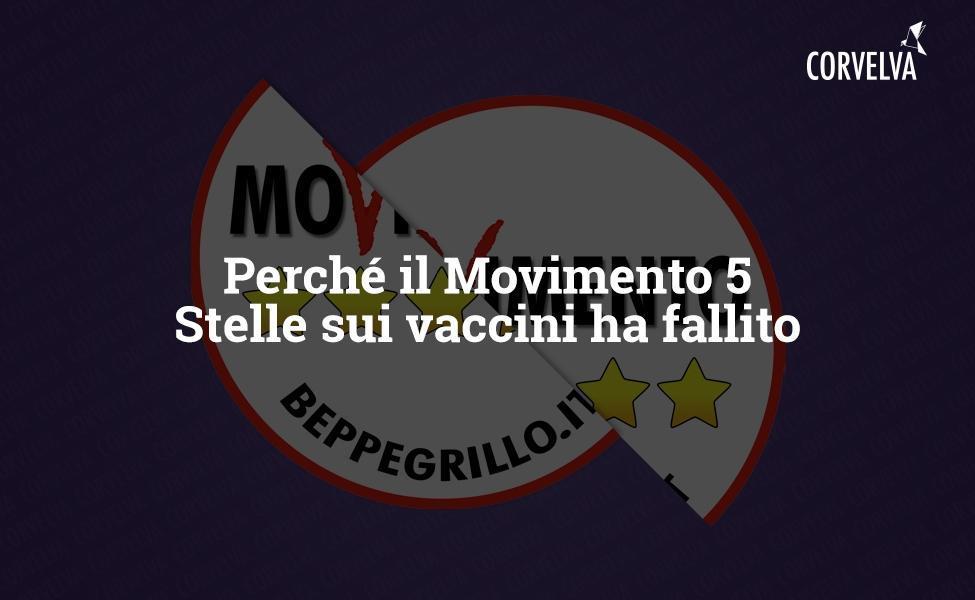 The answer is simple: because its representatives have not exercised their functions and have also betrayed the promises made during the election campaign.

The 5 Star Movement on the vaccine issue has betrayed its promises but has made a single effort: to send an emissary to the Press Conference of 27 June 2019. 1 The party of "legality and transparency" whose Minister signed the Final Report of the "Uranio Impoverito" Commission does not comply with its duties and its representatives, parliamentarians of the Italian Republic, violate article 361 of the criminal code, or "failure to report crime by the public official ". Yes, because there are two things: either we lied, therefore any parliamentarian should have denounced us for "Alarmed by the Authority", article 658 of the criminal code, or we have complied with all legal obligations, for which we acted in legality. Which of the two does not respect the law?

The facts: in 2018 our Association decided to commission two laboratories to carry out qualitative analyzes of some vaccines, at their own expense. Do we have to repeat that we have only done what the State, through its Parliamentary Inquiry Commission "Depleted Uranium", has not done? Should we remember that the Commission itself had vaccine analyzes among its constituent purposes? Do we have to remember that the final report of February 2018 was signed by the then MEP Giulia Grillo?

Remember, it doesn't hurt. With Resolution of 30 June 2015 2 the Parliamentary Commission of Inquiry was set up which for brevity we nickname "Depleted Uranium". An Article. 1, letter D of this resolution, we can read that the Commission had "the task of investigating ... components of vaccines administered to military personnel". Not only that: the final report published on February 7, 2018, in the conclusions of the "vaccines" chapter, said that “The completion of the documentary analysis of the registration dossiers carried out so far (by the commission), requires experimental verification of vaccines to be sampled ... only in this way is it possible to check compliance with the technical data sheet as well as the presence of components not metered ... this objective, already set by the Commission's founding law, has not been implemented due to the limited economic resources available to the Commission ".

So the state has a goal, does not finance it and does not respect it.

When in 2018 we received the first alarming results of the analyzes, we promptly notified all regulatory bodies: EMA, Istituto Superiore di Sanità, Ministry of Health and AIFA, entities that have bounced the problem for months.
Today some results have been confirmed interlaboratory and by means of certified control standards, that is, we explain it for the less accustomed to terminology, we have commissioned the purchase of some compounds for vaccine among those detected in order to compare and identify them. We could not afford more, since we are not a research institution and we finance these works with the only income in donations and membership fees.

In this way we have identified some compounds that show obvious non-conformities according to national and European regulations, but the fact that only these have been purchased and compared to identify them does not mean that all the other signals that emerged during the analyzes are non-existent. They exist and are there, but to confirm their precise identity, other studies are needed which honestly do not compete with the citizen, either logically or by law.

We want to remind you here that we live in Italy, that wonderful country also made up of laws and regulations, including the annual control program of the composition of the marketed medicines, pursuant to art. 53, paragraph 15 of Legislative Decree 219/2006, 3 where it is expected the obligation to ensure that the drugs on the market exactly match the quality specifications of the authorization procedures, concept confirmed by the "2018 AIFA Business Plan", 4 from the "Activity Plan for the year 2019 - AIFA" and the "Performance Plan 2019-2020 - AIFA" 5 for the fight against pharmaceutical crime. Just think that article 445 6 of the penal code, "Administration of medicines dangerous to public health" and article 443 7 of the penal code, "Trade or administration of failed medicines", provide for sentences of up to 10 years in prison.

The citizen has the possibility, and for us the duty, to report possible production defects and discrepancies in the composition of any medicine and the body responsible for managing these reports is AIFA which, through the Rapid Alert system, which transposes European provisions, has set itself the objective of responding to reports within twenty-four hours and of managing them 100%.
Or, should respond to any report within twenty-four hours of receipt.

Twenty-four hours ... and a year has passed.

Corvelva has never said that he is right, we have informed and asked for help to the institutions that have shown themselves deaf and this will have a certain political cost, and it will even more so towards the parties that have built their electoral propaganda on freedom of choice and against the obligation introduced by the Lorenzin law and by the party that stood as a champion of direct democracy and which, not only remained deaf, but publicly attacked through an agent its association of private citizens, with unfounded and pretext accusations in a context with calm and respectful tones, which was the press conference held in the Chamber of Deputies.

Has AIFA ever performed analyzes on the finished product?
If so, where are the analyzes of AIFA or the Istituto Superiore di Sanità?
How many other reports from citizens have arrived at AIFA or other body, and have remained unanswered?

We conclude by saying that 62 drugs were withdrawn from the market in 2016, 54 in 2017 and 40 in 2018, 8 for a total of over 150 drugs withdrawn from the market in the last three years, and in almost all cases the withdrawal took place on spontaneous reporting by the manufacturer himself. Recall that all these drugs had exceeded the requirements of international standards and were therefore "certified and compliant with procedures and requirements shared at European and international level on the basis of available scientific knowledge". Still, they were unsure, and have been withdrawn from the trade.