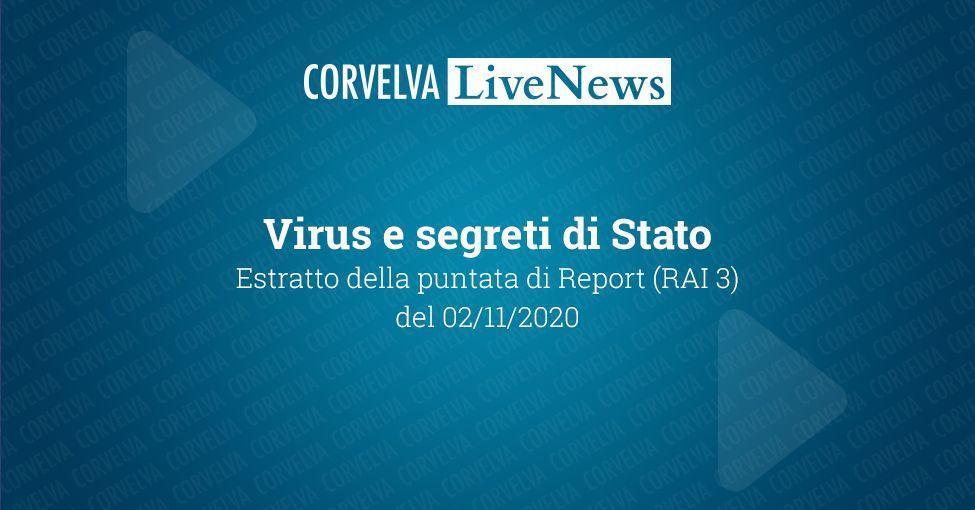 Last night, November 2, a Report investigation was aired that brought to mind some of our writings from 2017.

At the time, the vaccination obligation sanctioned by the Lorenzin Decree - later converted into Law 119/17 which, by virtue of a measles "epidemic" (which practically affected only adults) had imposed 10 compulsory vaccines on children, with a particular attention to the 0-6 year old age group, whose school attendance was and still is precluded.

At the time, the media played a central role in collective psychosis: as an appetizer they had offered the crowds a fake epidemic of meningitis (disavowed by the same Istituto Superiore di Sanità which defined it as "only media"), then the rantings of the then Minister Lorenzin who wandered around the various television studios, inventing hundreds of children who died in London of measles (never existed); finally they had found their maximum point of baseness coining the divisive labels NoVax and ProVax.

The land of fear had been properly fertilized between the end of 2016 and that cursed July 2017 but everything started from before, a few years earlier and precisely from September 2014 when, without a previous parliamentary discussion, the polypartitic Beatrice Lorenzin, Ranieri Guerra and Sergio Pecorelli, had gone to the White House to meet the then President of the United States of America Barack Obama and receive a "prestigious" position: Italy had been designated as the leader for the next five years of vaccination strategies and campaigns in world. Global Health Security Agenda was presented in a few lines on the website of the Ministry of Health, a photo and little more, since nothing detailed was known about that contribution ... shortly thereafter he began to smell that media heaviness, premonitory of a vaccination obligation that it would soon overwhelm other European nations.

Who attended that prestigious meeting with the Democrat Obama for Italy?

Beatrice Lorenzin, a former young Forza Italia militant, elected in 2008 to the Chamber of Deputies with the PdL and Minister of Health in 2013 in the Letta government. The only Minister to have been confirmed in three governments, Letta, Renzi and Gentiloni, which, if you were careful, were three governments of the Democratic Party, which it recently joined after a petalous interlude.

Sergio Pecorelli, at the time President of AIFA, then resigned after the accusations for an alleged "level 3" conflict of interest, the highest, moved by an internal committee of the Authority for the participation in two Foundations and a venture company capital.

Ranieri Guerra, at the time Scientific Advisor, Embassy in Washington and now we could say No. 2 of the WHO.

Going back to the past and our 2017 writings, one thing was clear, at least for us: those politicians who enforced the obligation did not care about public health, it was just crazy to think so. In the event of a real emergency, never hoped for by us but still plausible, it became clear to us that all the inability and all the inconsistency of their vaunted commitment "to protect public health" would be revealed ... because no one in good faith would base legal obligations on non-existent epidemics, moreover supporting them thanks to lies, and if you are not in good faith in "unsuspecting" times, you will hardly be able to face real emergencies by doing the interests of a country .

Nothing was more prophetic ... good vision

PS Claudio d'Amario was the one who signed the circular of the Ministry of Health on 8 April 2020, where autopsies of the dead for Covid19 in Italy were "forbidden".