Report on the results obtained so far (March 2019) 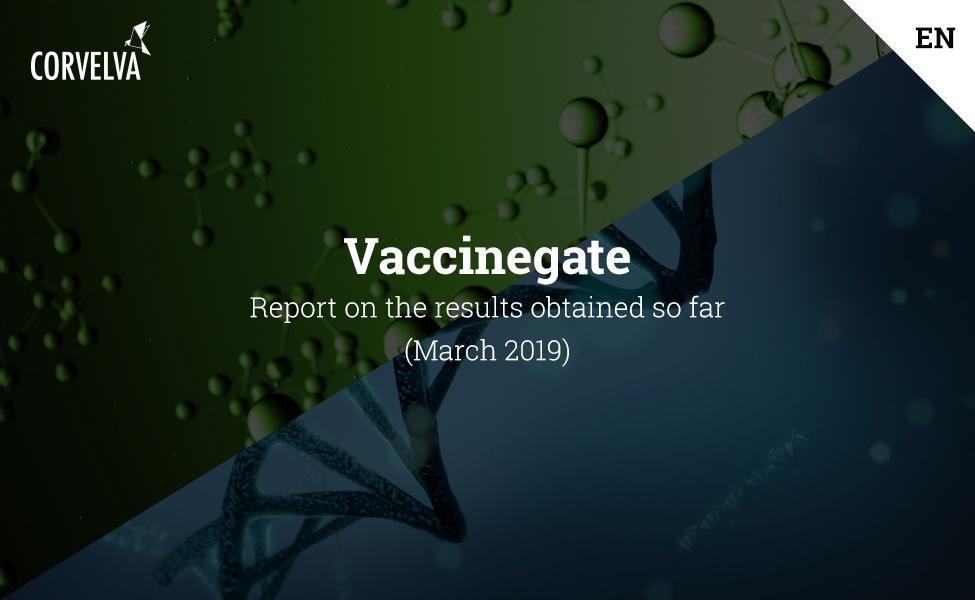 To begin with, the analyzes of 2 compounds for each vaccine have been verifyed by means of standards, using certified control standards with a concentration in the order of micrograms / mL. The compounds we have chosen are among those known for their critical hazard profile. We are talking about a cumulative quantity, a total amount of those recognized as identities and those to be identified, which can be estimated within the order of 50 micrograms / mL, in contrast to the EMA / FDA guidelines.

These tests have given positive results, therefore they fully confirm the analysis method! The contaminations observed are probably due to different and variable manufacturing process' phenomena and topics. What has been observed in the course of the studies is an “inter-batches” variation of the composition, which makes us assume that there are some steps along the whole product manufacturing process that are difficult to control.

Such analyzes have allowed us to achieve the following steps:

The following vaccines have been submitted to an initial screening:

These other vaccines were analyzed as initial screening:

The study is structured in:

Analysis of protein and chemical contamination

After a first screening that had identified the presence of hundreds of chemical signals inside the vaccines, confirmation tests were carried out by means of standards of 2 compounds per vaccine, using certified control standards, chosen from those known for their critical hazard profile and for the non-residual quantity (such as to be considered components of the vaccines, therefore to be included in the technical data sheet and quantified).

These tests have given positive results, therefore they fully confirm the analysis method. So far only two compounds have been tested for economic reasons solely, in fact this study is not complete as it is limited by the considerable cost of the survey but we have chosen to identify the more relevant standards as for the regulatory restrictions and it is to be considered that this kind of in-depth investigation should not after all be up to us.

The observed contaminations are most likely due to different and variable manufacturing process' phenomena and topics. What we have observed along the research steps is an inter-lot variation of the composition, which makes us assume that there are some steps along the whole product manufacturing process that are difficult to control. concentration is in the order of micrograms / mL. As for the cumulative quantity it is possible to estimate on the basis of a semi-quantitative evaluation (since most of the compounds are unknown) that the contaminants are within the order of 50μg / mL. This is an important data because EMA / FDA guidelines is very clear about it. Contaminations should not be present (below the detection level) or if present they should be well identified and appropriate methods to reduce them should be proven to be apllied. In this case the contaminants are not below the capability level of the detection device (ng / mL) so we believe the producer is not applying any purification methods. As for the presence of adventitious viruses the problem does not exist, because they must not be present at all.

Study of the vaccine antigens potency: this study has to be conducted at a center accredited by the regulatory agencies for the preclinical study of vaccines. The aim is to verify if the vaccine antigens are able to produce or bind to specific antibodies (it is theoretically assumed that these antibodies are protective, but this analysis does not allow us to prove that the vaccine is able to protect against the disease). The cost of this step could be relevant, so the project is currently just an hypothesis.