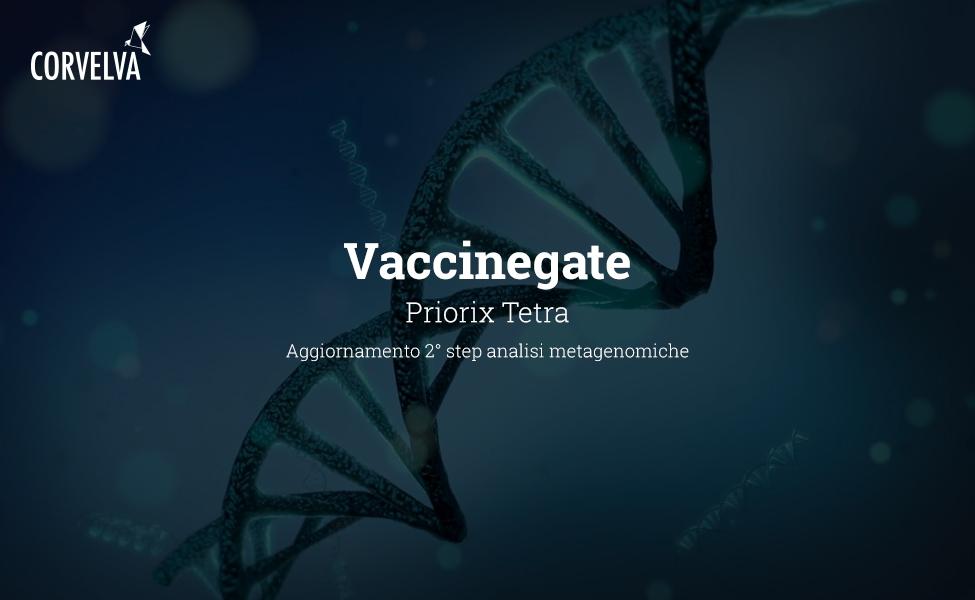 In July 2018 we had published the analyzes, here: "Vaccinegate: 5 out of 7 analyzed vaccines are not compliant“ (https://goo.gl/32vP8r), but we weren't done.

Briefly summarizing the previous analyzes, mutations in the virus genome and absurd DNA quantities were just some of the points we detected. As always, we had limited ourselves to disclosing the data, without going too far on the real implications, each document was sent to EMA, AIFA, ISS and political forces to ask for clarity.

We continued the investigations, both chemical and biological, on the Priorix Tetra, quadrivalent against measles, rubella, mumps and chicken pox.

The in-depth analysis of chemicals / proteins is available here: "Vaccinegate: First results on the chemical composition profile Priorix Tetra"(https://goo.gl/Z4rLJu), where the presence of many signals was confirmed, traces of compounds (non-residual contaminants) to which the laboratories had given a probable correspondence. We are talking about traces that were probably associated with the anti-epileptic Vigabatrin, an experimental anti-HIV drug, antibiotics, herbicides, herbicides, acaricides, morphine metabolites, the famous Sildenafil (Viagra), the anti-epileptic Gabapentin and the antimalarial Atovaquone plus many others. It was clear that there were substantial differences between the two lots analyzed.

For completeness, we also report that the previous results of the biological / metagenomic analyzes of July (1st step) had established that the "Priorix Tetra" vaccine, in the analyzed samples, presents a population of mutant viruses for each attenuated virus called quasispecies. The genetic variants of vaccine antigens could significantly alter both the safety of the vaccine and its efficacy.

Today we publish the report of the second biological / metagenomic analyzes on Priorix Tetra, as you will see they pose a serious dilemma not only medical and scientific, but also ethical and we list below the points that are most relevant for us:

The presence of fetal DNA in large quantities (1,7 μg on the first batch and 3,7 μg on the second batch) was confirmed (as emerged in the previous phase), approximately 325 times higher than the maximum limit of 10 nanograms and 325.000 times higher at the minimum limit of 10 picograms, limits that Ema has communicated to us refer only to cells that are known for their carcinogenic activity. According to what they wrote, the fetal cells of the 60s, used for the production of these vaccines, would not be carcinogenic because "used for decades". This point should be more investigated, in fact there are some studies that seriously question the absence of carcinogenicity of these lines.

We then ascertained the molecular dimensions of the detected DNA more precisely and compared to previous analyzes it was found that the DNA contained has a molecular weight of 20.000 / 60.000 bp. This basically means that there are no DNA fragments within this drug, but whole strands, with therefore the presence of a whole genome.

We also confirmed that there is no presence of the rubella virus genome in the first batch and in the second batch, using a much more sensitive detection, we detected it in 3 reads, equal to 0,00008% of the total RNA virus.

Note: reads are copies of viruses. Example, the viruses in this vaccine are around 5% of the total DNA, equivalent to around 500.000 reads. The measles virus approximately 850 reads, equal to 0.008%. The more you go down with the reads and the percentage, the more the quantities decrease.

Keep this in mind, because it is fundamental.

3 reads, equal to 0,00008% of the total RNA viruses can create immunization? If yes, then a very very serious question arises about what you read below. Within the same vaccine, traces have been detected in an even higher but always very small extent, of numerous adventitious viruses. But also other.

Proteobacteria, Platyhelminthes and Nematoda worms, 10 other ssRNA viruses, Microviridae (bacterial or phage viruses) and numerous retroviruses including human and avian endogenous retroviruses have been detected within the GlaxoSmithKline Priorix Tetra vaccine human immunodeficiency and monkey immunodeficiency virus (fragments that if inserted in the database reveal fragments of the HIV and SIV viruses), murine viruses, horse infectious anemia virus, lymphoproliferative disease virus, Rous sarcoma virus. Other viruses such as alphaendornavirus and hepatitis b virus, yeast virus.

We repeat to better express the concept and we ask everyone to use our results very carefully: in the Priorix Tetra vaccine the presence of the rubella virus was not detected, except in one batch, but the quantity was so minimal as to make it doubtful that gives immunization. If instead it is considered that this vaccine is effective against Rubella, because 3 reads equal to 0,00008% of the total Rna are sufficient quantities to determine an organism response, then this also applies to a long series of tumorigenic viruses, HIV, worms and bacteria, present in quantities equal to or greater than the rubella virus.

Basically, to trace Rubella (to prove that it was there) we had to go very deep, using a highly sensitive method. This led us to encounter dozens of viruses and retroviruses, some potentially carcinogenic, fungi, yeasts, bacteria.
Whatever the answer regarding the quantities, there is nothing to say that there should not be, which still attests that there is NO adequate control over vaccines because if there were, these elements would have been detected.

We remind below the EMA guidelines which certify that the "foreign" virus reads must be ABSENT therefore not even 1 copy is allowed. 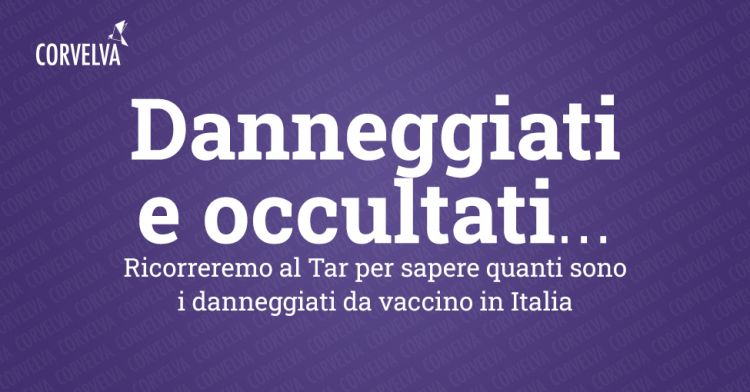