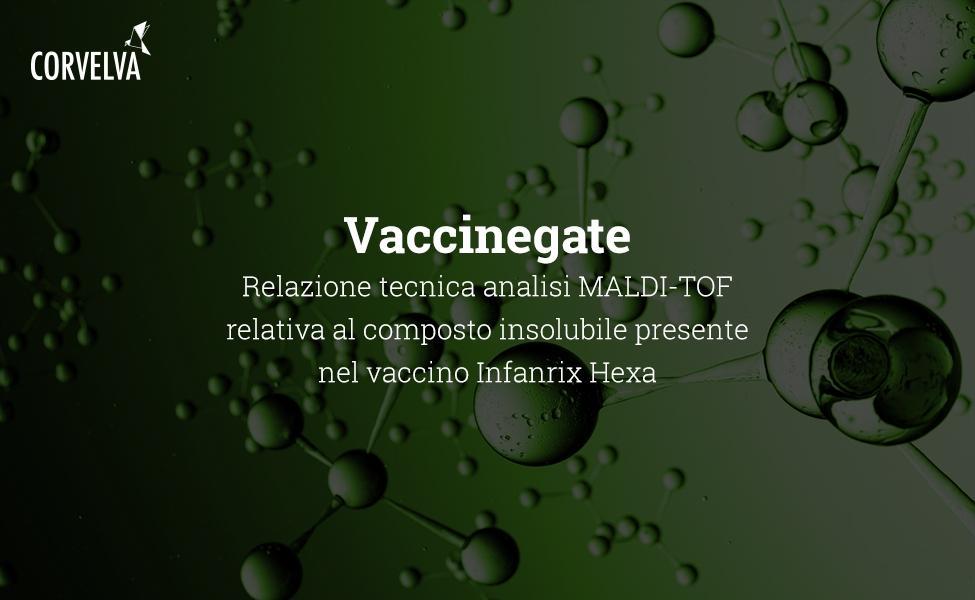 Remember the macromolecule we found in the Infanrix Hexa? What was indigestible, and which we had not been able to identify?

Here is the report of his analysis "MALDI-TOF" (methodology called into question by critics of the use of trypsin). The result, in simple terms, tells us that the macromolecule is a sort of "black hole" or sponge, which absorbs everything it comes into contact with.

It was not possible to "divide" it or identify any of its contents.

From the analyzes carried out it was not possible to identify the compound but to detect some chemical-physical properties on which to pay attention:

The characteristics mentioned above are typical of various compounds including:

This is what, remember that this substance has been found within the most common and used hexavalently for children, in other words it is injected into newborns compulsorily.