AIFA "responds" to our requests for clarifications concerning the analyzes 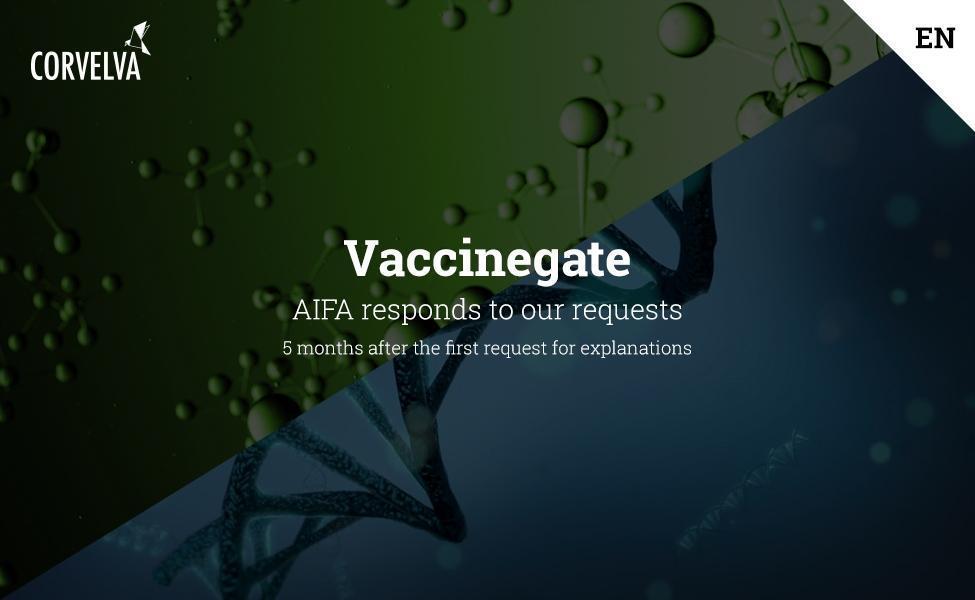 The AIFA (Italian Regulatory Body) is comparable to the American "Food and Drug Administration".

Explaining and contextualizing the situation is really important. Corvelva Association sent the first analyses of 7 vaccines to all the interested bodies between July and August 2018. In our opinion, we have done what every citizens should do if they become aware of a possible non compliance of some pharmaceutical products, that is vaccines in this case.

AIFA, together with the Ministry of Health, the ISS (Istituto Superiore di Sanità) and EMA, have been kept updated during all the steps of the analyses.AIFA wrote us an e-mail on January 18, where they answered only to the last questions asked, i.e. those on chemical analyses on the Priorix Tetra sample, but no response has yet been given on the metagenomic analyses of the same vaccine and neither on all the other vaccines that, according to our analyses, present safety problems and non-compliance.Our response, that you can find after the AIFA e-mail, goes far beyond their letter, because the questions asked have been ignored for 5 months. The majority of our questions are still unanswered and the few responses received are lacking of data and scientific evidence.This answer will be sent for information to the media and to the policy as a whole.In our opinion, the AIFA auditing authority has completely failed its mission and the silence of the Ministry of Health, however, is frankly inconvenient.

To the Director of the Post-Marketing Supervision Area

Subject: Request for information about the Study on the chemical composition profile of Priorix Tetra

Dear Sirs,
we are writing to provide you with an updating of our previously sent data (https://goo.gl/HxzgLX) concerning metagenomics analysis of vaccines currently on the market (https://goo.gl/qBCMi7). We submit to your attention the preliminary results of the analysis of contaminants and chemical protein impurities found in the Priorix Tetra vaccine provided in the Italian territory.
This vaccine, as shown in the attached preliminary technical report, presents a significant number of contaminants and impurities, as well as compounds that are partially identified by the databases.

Since the vaccine is registered at national level, but subject to the European regulation, we are asking for permission to view the guidelines adopted for the detection of chemical and protein contaminants in the finished product and to know the criterion according to which the specifications for the residue limits of the known and unknown substances found in products are established.

in relation to your e-mail of November 22, we state the following:

It is also specified that the verification of compliance of the lots with the standards required by the European Pharmacopoeia is under the responsibility of an independent state laboratory, which is certified in the European network of official laboratories for the control of medical products (Official Medicines Control Laboratories - OMCL). These laboratories must be accredited to the EDQM (General European OMCL Network - GEON). The distribution of the lots that obtain the certificate of issue is not necessarily at a national level and may involve several Member States in which a specific vaccine is authorized.

Regarding the "Preliminary results of the analysis of the contaminants and of the chemical protein impurities found in the Priorix Tetra vaccine", which you sent to our attention, it is specified that they are not assessable as presented, because they lack fundamental information, such as the ISO or GLP accreditation characteristics of the laboratory responsible for the analyses, as well as the methodological details concerning the management of the samples, the controls used, the analytical procedure itself, the validation of the method, etc. Such information is necessary for a correct scientific classification of the results summarized in the document sent.

in relation to your e-mail dated January 18, 2019, we state the following:
The letter to which you answered, on behalf of the authority you represent, is only the last in order of time. Our first e-mail was sent to all the national and international bodies in charge, Ministry, AIFA, ISS, EMA, as early as August 2018. In thanking you for your kind reply, we are also obliged to define it at least incomplete, if not inadequate to the issue.
Regardless of whether Priorix Tetra is recognized as a "mutual recognition procedure", as you reported, nevertheless your Agency acts as a point of reference for the market authorizations of medicinal products in the national territory, therefore we consider it inappropriate to answer that the analyses are carried out by another member country.
Although it is expected that the analyses carried out in a country can be taken as a reference for the authorizations in other countries, it does not mean that the responsibility for the authorization is to the regulatory agency of the individual country where the medicine is marketed.
We ask you the following question: must AIFA, as a territorially competent body for the authorization of a given product, be informed about all the procedures concerning it and be able at any time to give prompt assessment and response with respect to any reports from health professionals or citizens?

In our opinion, your answer concerning the validity of our analyses -"we specify that they are not assessable as presented"- does not give the correct relevance to the seriousness of what is highlighted: we have notified the presence of possible contaminats that could lead to health hazards, along with some unidentifiable chemical compounds – thus concerning just the latest report, i.e. the one you referred to, but in other vaccines you have been notified of the presence of DNA in important amounts and/or DNA that should not be present, as well as the lack of one or more antigens, and much else to which we are still awaiting answers).

If even one of the toxic elements that were found to be potential compounds associated with the identified brute formula was confirmed as a contaminant in the vaccine, this would be a safety and compliance problem.
Therefore, simply replying that the analyses we commissioned do not correspond to those identified as "suitable" by the regulatory agencies responsible for the authorization of drugs or vaccines, does not make any sense to us: we are signaling a potential risk caused by a product used in the Italian pediatric population; a product which, by the way, is routinely used to fulfill a legal obligation introduced in 2017. In view of the above, it is staggering that your agency gets rid of the problem by dismissing our analyses as "non-compliant"!
Corvelva is NOT making a test for batch release, therefore the use of validated methods for batch analysis is NOT required - as it is for the manufacturers, the accredited laboratories and the ISS. What we are carrying out is a simple investigation that is usually made in the initial phase of a vaccine development, that is the screening phase. How can AIFA therefore request methods accredited for batch release, which would require many years to be validated? Our purpose is not to become a certification authority for batch release, therefore we do not use the methods required by the European pharmacopoeia for the analysis of the vaccines, but next-gen methods that have not yet been acquired by pharmacopoeia for this purpose. It is completely evasive to our questions to state that the results we presented can not be taken into consideration because they are not reviewed by the scientific community: the methods we used are documented in the literature attached to the report, but anyway we are talking about non-compliances that go beyond the evaluation as scientific research because they have an impact on public health. Drugs are often withdrawn from commercial market because of non-compliance and no publication is required: samples are withdrawn and analyzed.

In this regard, an overall example can be found in the pages of your website, where we read that some batches of the Meningitec vaccine were withdrawn (http://www.aifa.gov.it/content/ritiro-vaccino-meningitec-13102014) UPON REQUEST BY THE MANUFACTURER (as far as we know it has happened in almost 100% of drug withdrawal cases of the last 3 years) due to "a reddish color". Now, are you stating that if a citizen had noticed an unusually reddish color in an injectable drug and had reported it to you, your agency would not have requested further investigation because a detection with the naked eye made by a human being "is not assessable as presented"?

Furthermore, as a result of such serious and important reports, we would like to receive an answer to this simple question: why do not you withdraw some samples to carry out tests using in-depth methods in order to determine whether there is a risk?
We, Association of citizens, having regard to the "Plan of Activities for the year 2018" approved by your agency with Resolution no. 22 of June 18, 2018; having regard to the Decree of February 27, 2001 "Provisions to be applied in case of discovery of medical products with defects or containing foreign bodies", Legislative Decree 219/2006 "Implementation of Directive 2001/83 / EC"; and having regard to the "Compilation of Community Procedures on Inspections and Exchange of Information“ - we ask the following: what intervention does your agency carry out in case of a possible quality defect in a drug?

No intervention following the reports of possible contamination or non-compliance would expose the Authority that you represent to significant implications. You, the Italian Medicines Agency, have been made aware of the first results as early as August 2018, when we submitted to your attention some problems that we believe may compromise the quality of different vaccine samples. We have also anticipated that all of those analysis certifications had been attached to a compliant to the Public Prosecutor's Office of Rome on August 16, 2018 along with the method used for metagenomic analysis, with the name of the laboratory in plain text.
We are citizens who have submitted to all the competent authorities, including AIFA, a presumed discrepancy with respect to the technical data sheets of several drugs, and you have not considered it appropriate to ask us for such data (which we are willing to present tomorrow with agreement of confidentiality) in 5 months?

Given the articles 443 and 445 of the Penal Code, was not it appropriate to consider the relevance of our results with reference to the possible implications?
Finally, we believe that as Italian Medicines Agency, you have to dictate provisions in order to protect public health, that should be applied in case of defects in medical products or of detection of foreign bodies, but also to evaluate the seriousness of a report by the citizenship that could imply, if correct, enormous implications on public health. We remind you, with enormous kindness, that you have only answered to our questions about the Priorix Tetra vaccine and not about the other vaccines analyzed.
We are asking to have, for legal reasons, all the references of the tests carried out by your agency before the market release of the vaccines we have analyzed so far and the documentation on periodic safety assessments and the previous authorization renewals. 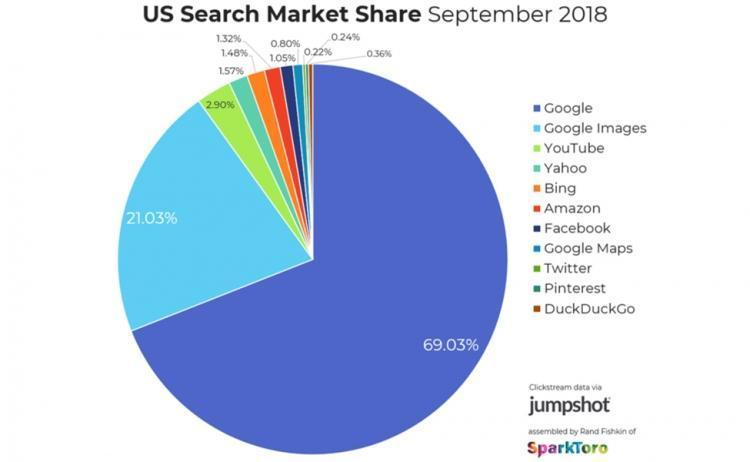