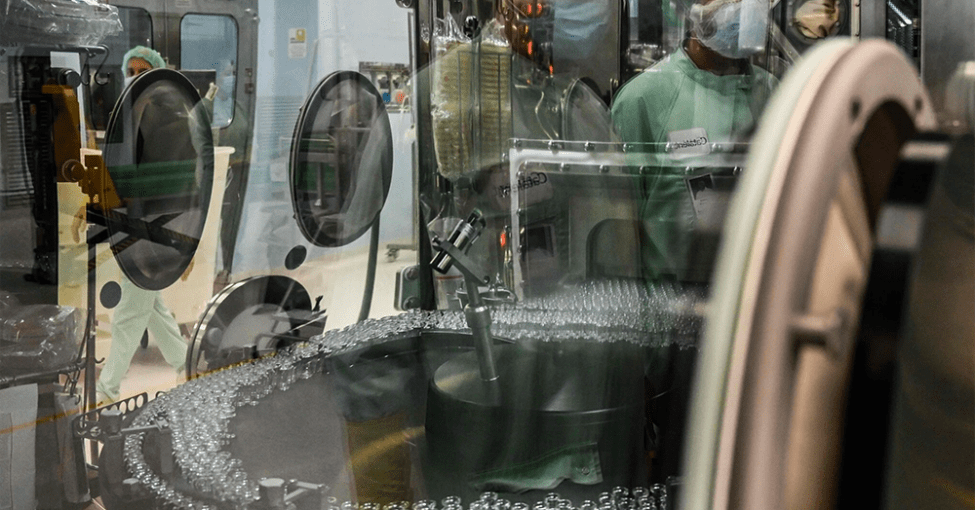 Experts are concerned that the company has not been transparent about two participants who became seriously ill after testing its experimental vaccine.

AstraZeneca has revealed details of its coronavirus vaccine trials, the third in a wave of rare revelations from pressured pharmaceutical companies and asked to be more transparent about how they are testing its products.

Polls are finding that Americans are increasingly cautious about accepting a coronavirus vaccine. Scientists inside and outside the government are concerned that regulators under pressure may release an unproven or unsafe vaccine.

Experts are particularly concerned about AstraZeneca's vaccine studies, which began in April in Britain, due to the company's refusal to provide details on serious neurological diseases in two participants, both women, who received the experimental vaccine. These cases prompted the company to stop testing twice, the second time earlier this month. Studies have resumed in Great Britain, Brazil, India and South Africa, but are still on hiatus in the United States. About 18.000 people around the world have received AstraZeneca's vaccine so far.

AstraZeneca's 111-page trial project, known as the protocol, says its target is a vaccine with a 50% efficacy - the same threshold that the Food and Drug Administration has set in its guidelines for vaccines against the drug. coronavirus. To determine with statistical certainty whether the company has achieved that goal, there will need to be 150 people with confirmed coronavirus among participants who have been vaccinated or received placebo.

However, the plan foresees that a safety commission will carry out an early investigation after there have been only 75 cases. If the vaccine is 50% effective at that point, it may be possible for the company to stop the trial early and seek government authorization to release the vaccine for emergency use.

In allowing only one of these interim analyzes, AstraZeneca's plan is more rigorous than the others that have been released, by Moderna and PfizerDr. Eric Topol, a clinical studies expert at Scripps Research in San Diego, said in an interview. Moderna allows two such analyzes, and Pfizer four.

The problem with looking at the data too many times, after a relatively small number of cases, is that it increases the chances of finding an aspect of safety and efficacy that may not hold up. Stopping trials early can also increase the risk of missing rare side effects that could be significant once millions of people are given the vaccine.

Dr Topol said AstraZeneca's plan, like those of Moderna and Pfizer, had a problematic feature: They all count relatively mild cases of Covid-19 when measuring efficacy, which may hinder efforts to determine whether the vaccine prevents. moderate or severe illness.

Such plans are not usually shared with the public "because of the importance of maintaining the confidentiality and integrity of trials," said Michele Meixell, spokesperson for AstraZeneca, in a statement.

The company has released few details on the two cases of serious illness in its trial. The first participant received a dose of the vaccine before developing inflammation of the spinal cord known as transverse myelitis, according to a participant information sheet for the July AstraZeneca vaccine. The condition can cause weakness in the arms and legs, paralysis, pain, and bowel and bladder problems.

The case called for a pause in AstraZeneca's vaccine trials to allow for a safety review by independent experts. A company spokesperson told the Times last week that the volunteer was later determined to have a previously undiagnosed, vaccine-related case of multiple sclerosis, and that the trial resumed shortly thereafter.

Transverse myelitis can sometimes be the first sign of multiple sclerosis, involving more complex symptoms. But myelitis alone can also occur after the body encounters an infectious agent such as a virus.

The company said it did not confirm the diagnosis in the second case, a participant who fell ill after the second dose of the vaccine. A person familiar with the situation, who spoke to the Times on condition of anonymity, said the participant's disease had been identified as transverse myelitis. The trial was suspended again on 6 September after she fell ill.

The condition is rare, but serious, and experts said finding even one case among thousands of trial participants could be a wake-up call. More confirmed cases, they said, may be enough to stop AstraZeneca's vaccine offering altogether.

A participant fact sheet dated 11 September about the AstraZeneca trial in Britain combined the two volunteers' cases, stating that the diseases were "unlikely to be associated with the vaccine or there was not enough evidence to say for sure that the diseases were or were not related to the vaccine, "based on safety reviews. The next day, AstraZeneca announced that it had resumed testing in the UK.

But the FDA has so far not allowed the company to restart the trial in the United States.

An FDA spokesperson declined to comment. The National Institutes of Health said in a statement that "it remains to be seen" whether the onset of the disease in trial participants was random or vaccine-related, adding that "a pause to allow for further evaluation is consistent with practice. standard".

Dr. Mark Goldberger, an infectious disease expert at the Global Antibiotic Research and Development Partnership and a former FDA official, said he found the rapid resumption of overseas trials "a little disturbing," especially given the lack of of details about the patients' symptoms and the ambiguity about their link to the vaccine. "Maybe this is the best they could do - it may not be possible to get more certainty right now," he said. "It's a question mark about what's going on.

The company did not immediately notify the public of both participants' neurological problems. Nor did he promptly warn the FDA that he was again pausing his experiments after the second UK volunteer developed a disease and an independent safety committee called for a temporary suspension, according to several people who knew the situation. The CEO of the company informed investors of the problems, but did not speak about it publicly until the information leaked and was reported by the STAT.

"The communication around it has been horrifying and unacceptable," said Dr. Peter Jay Hotez, a virologist at Baylor College of Medicine in Houston. "This is not how the American people should hear about it."

Dr Hotez also criticized statements made by government officials, including UK regulators who, he said, did not provide a rationale for resuming their trials.

Dr. Paul Offit, a professor at the University of Pennsylvania and a member of the FDA's Vaccine Advisory Committee, said it is unclear how the company - or the UK government - determined that the second case was unrelated to the vaccine.

He and other experts noted that transverse myelitis is rare, diagnosed in only about one in 236.000 Americans per year. The trial in Great Britain involved only around 8.000 volunteers.

The vaccine developed by AstraZeneca, which has formed a partnership with scientists at the University of Oxford, uses a virus intended to carry coronavirus genes into human cells and trigger an immune response that will protect people from the coronavirus. This so-called vector is a modified form of adenovirus that causes the common cold in chimpanzees, but it is considered safe for people. Several other companies, including Johnson & Johnson and CanSino, are pursuing similar adenovirus-based approaches, although there are different types of adenoviruses and the specific ingredients differ from one vaccine to another.

While other adenovirus-based products have had some success in the past, they have also been linked to serious adverse events. The most famous was the case of 1999-year-old Jesse Gelsinger, who died in XNUMX after receiving gene therapy through an adenovirus that triggered a lethal inflammatory response from his immune system.

If a serious side effect were permanently linked to AstraZeneca's vaccine, scientists would need to determine whether its trigger is from the adenovirus vector or perhaps the coronavirus genes it carries, connections that could raise concerns about other companies' products that rely on it. on the same components.