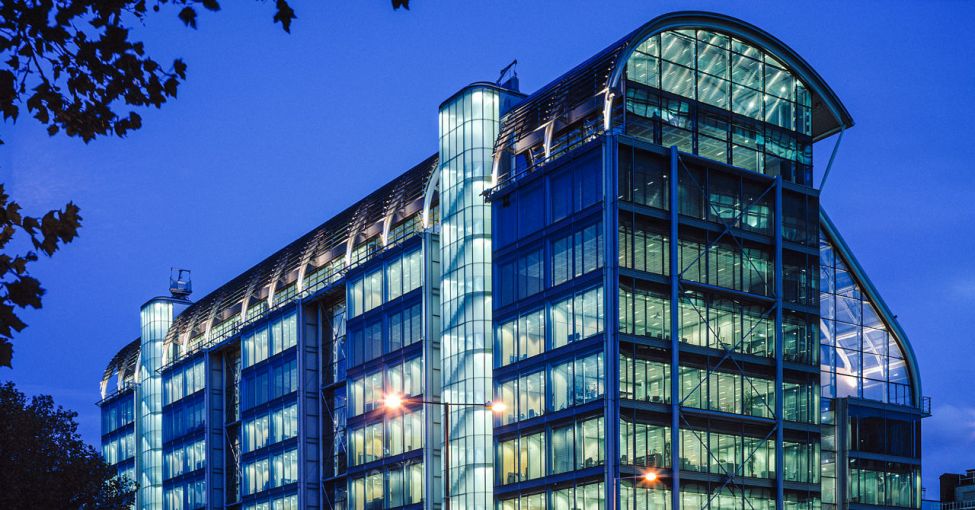 An increasingly clear feature of the Covid-19 pandemic is that the public health response is driven not only by governments and multilateral institutions, such as the World Health Organization, but also by a series of public-private partnerships involving pharmaceutical companies and private foundations.

A prominent voice that emerges is the Wellcome Trust, one of the world's largest donors of health research, whose extensive charitable activities in the pandemic include co-running a WHO program to support new therapies for Covid-19. The Access to Covid-19 Tools (ACT) Accelerator project hopes to raise billions of dollars and deliver hundreds of millions of treatment courses over the next year, including dexamethasone and a range of monoclonal antibodies.

At the same time, The BMJ finds that Wellcome itself holds investments in companies that manufacture these same treatments. Financial revelations from late 2020 show that Wellcome has a £ 275 million (€ 318 million; $ 389 million) stake in Novartis, which manufactures dexamethasone and is studying other therapies. Roche, in which Wellcome holds a £ 252 million stake, is helping produce monoclonal antibodies with Regeneron. Both Roche and Novartis report having had conversations with WHO's ACT Accelerator about their therapeutic drugs.

Wellcome's financial interests have been posted on the trust's website and through financial regulatory documents, but do not appear to have been disclosed as financial conflicts of interest in the context of Wellcome's work on covid-19, although they show that the trust is positioned. to earn financially from the pandemic.

The Wellcome Trust's financial conflicts of interest revelations follow reports that another charity, the Gates Foundation, is also positioned to financially benefit from its role as a leader in the response to the pandemic. A Nation investigation revealed that Gates has invested more than $ 250 million (£ 179 million; € 206 million) in companies working on covid-19 and cited civil society groups expressing concern over the flu. immeasurable that the billionaire body exercises in the response to the pandemic, which they see as an increase in the role of the pharmaceutical industry.

Yet, charities like Gates and Wellcome - and even pharmaceutical companies - were generally praised in the media during the pandemic for their efforts in solving the public health crisis, with relatively little attention to their financial interests and with little scrutiny and control. balances on their work.

"What the pandemic is doing is polishing the reputations of organizations like Gates and Wellcome and pharmaceutical companies, when I don't think they really deserve that polishing," says Joel Lexchin, professor emeritus at York University's school of health policy and management in Toronto. . "I think they are acting the way they have always acted, which is, from the point of view of the pharmaceutical companies, to look after their own financial interests, and from the point of view of the foundations it is pursuing their privately developed goals without being accountable to anyone if not to their own boards of directors ".

Mohga Kamal-Yanni, a political advisor to UNAIDS and other organizations who recently wrote a paper citing the issues of the Gates Foundation's influence in the pandemic, says Wellcome's investments raise critical issues of transparency and accountability.

"In Covid these two words have enormous significance because we need to know that decisions are made on the basis of evidence and science," he tells The BMJ. "Do we know which companies they are talking to? How do they make the financing decisions for a particular company - or for this or that other product?"

The Wellcome Trust disputes that its investments compromise or conflict with its independence. "We are not aware of any situation in our dealings with ... ACT Accelerator where a conflict has arisen as a result of our investment portfolio, or where it would have been necessary for Wellcome representatives to recuse," a spokesperson said, declining to comment. its investments in Novartis or Roche. "We would never have made decisions or advised others on the response to the pandemic for any reason other than public health."

Wellcome supporters describe the deep well of biomedical experience the institution brings to the pandemic, most notably from its director, Jeremy Farrar, a renowned infectious disease researcher who is credited for playing leading roles in previous Ebola outbreaks and bird flu.

Kenny Baillie, head of a research group in the University of Edinburgh's department of genetics and genomics that has received research funding from Wellcome, says the body also deserves credit as a "beacon of probity and good governance."

He explains: "I can certainly talk about my personal experience by interacting with the scientific side, and there has been no attempt to influence me or any other researcher I know from doing the best science for the benefit of humanity." Yet it is still unclear what governance structures are in place to ensure Wellcome's vast endowment does not impact its agenda-setting role through WHO or its other work in the pandemic.

Unitaid, which co-leader of the WHO ACT Accelerator project, says it has a "clear mutual understanding" with Wellcome "that relevant institutional interests will be disclosed in a transparent manner." But, Unitaid told The BMJ last December, "We have not received any declarations of conflicts of interest."

Marc Rodwin, a law professor at Suffolk University in Boston, Massachusetts, says institutions with financial conflicts of interest can still make valuable contributions to the pandemic response, but they shouldn't be in a position of influence or decision.

"I would go beyond just saying that they should recuse themselves from particular decisions. Why were they chosen in the first place to be in these positions [of authority]?" He asks. "I like the concept of an epidemiological risk factor here - it's just introducing a level of risk that isn't necessary. When there's a lot of money lying around, you don't want to have these kinds of financial conflicts that can affect decisions. ".

In addition to his work through WHO, Wellcome also influences pandemic response through Farrar's position in the Scientific Advisory Group for Emergencies advising the UK government on covid-19, as well as his seat on the board of the Coalition for Epidemic Preparedness Innovations. , a pandemic-leading public-private partnership that has pledged more than $ 1 billion to develop the covid-19 vaccine. He also often appears as an expert in the media, including The BMJ, where he cited the potential of specific drugs against covid-19. These consultancy and media activities appear to overlap Wellcome's £ 28 billion endowment, which has at least £ 1,25 billion invested in companies working on covid-19 vaccines, therapies and diagnostics: Roche, Novartis, Abbott, Siemens , Johnson & Johnson, and - through its holdings in investment firm Berkshire Hathaway-Merck, AbbVie, Biogen and Teva.

Farrar serves on Wellcome's internal investment committee, which plays a large advisory role regarding the trust endowment. Wellcome declined to comment on the opportunity of Farrar's dual role - helping manage the trust's money and his charitable mission - and declined multiple requests to interview Farrar or other charity representatives.

The full extent of Wellcome's investments in companies working on covid-19 is unknown because the trust has also refused to disclose details of its investment portfolio to The BMJ, most of which are described only generically as invested in "hedges." fund, "" public stock, "" private equity, "or" property. "Wellcome publishes on its website a list of a few dozen of its largest individual corporate investments, and The BMJ discovered more information about Wellcome's endowment through deposits of financial regulation has done in the United States.

Based on this limited public account, Wellcome appears to be expanding its covid-related investments, reporting nearly two million shares of Abbott Laboratories, a leading provider of diagnostic tests for covid-19, last summer. Wellcome's regulatory documents state that, from July to October 2020, the value of its 1,95 million shares of Abbott increased from $ 178 million to $ 212 million, a boon to the nonprofit.

Wellcome reports earnings of £ 3,3 billion from all investments in 2020, three times more money than what the trust has given to charity.

The influence of investors

Wellcome's role in the financial markets played in other surprising ways during the pandemic. The Wall Street Journal reported that Wellcome held phone conferences with private investment firms as early as January 2020, with Farrar warning money managers about the severity of Covid-19. The calls have prompted investors to reorganize their portfolios, both to minimize losses and to gain financial gains, the newspaper reported.

The trust would not provide transcripts of Farrar's conference calls with outside investors, but said it offered investors the same covid warnings it offered in the media and other venues.

Two investment firms in the calls with Farrar - Sequoia and Blackstone - have paid dividends to Wellcome in recent years, the charity's recent tax records in the United States show. Wellcome declined to comment on whether he had any money invested with these companies at the time he arranged Farrar's calls.

Wellcome's investment ethics have come under public scrutiny multiple times in recent years, including a public campaign organized by the Guardian newspaper in 2015 to push Wellcome and the Gates Foundation to divest from fossil fuels. Tens of thousands of people signed a campaign petition, which argued that Wellcome and Gates' investments in fossil fuels ran counter to their work in support of "human progress and equality."

In a response letter, Farrar ruled out divestment as a strategy, saying Wellcome was using his position as an investor to push fossil fuel companies towards better behavior.19 A former Wellcome employee told The BMJ that investing The trust's fossil fuels have become a source of much disputes among employees, which have called into question the institution's investment strategy.

In 2018, Science magazine reported that Wellcome had nearly $ 1 billion in offshore investments, including a Cayman Islands energy fund that had a stake in a company that sells highly polluting shipping fuels. Science cited economists who harshly criticize Wellcome and other charities' offshore investments in tax havens such as the Cayman Islands, accusing them of institutionalizing and normalizing tax avoidance behavior, which exacerbates income inequality.

Governance of the public and private sector

Throughout the duration of the pandemic, allegations of financial conflict of interest surrounded many public and private actors in many jurisdictions. In the UK, the government's chief scientific advisor, Patrick Vallance, made headlines when it was shown that he had financial ties to the pharmaceutical company GlaxoSmithKline. Government sources defended Vallance from wrongdoing charges.

In the United States, four members of Congress were investigated for stock trading based on non-public information they had access to through their political positions. All were cleared during the investigation, the New York Times reported.

Last year The BMJ reported a failure by the UK's Scientific Advisory Group for Emergencies to publicly disclose competing interests related to covid-19, after which they were released for public review.

Despite the huge role private charities play in the response to the pandemic, their financial interests have been poorly controlled, probably because foundations are not subject to the same oversight mechanisms as public institutions.

Linsey McGoey, a professor of sociology at the University of Essex, who has written extensively on accountability in philanthropy, sees Wellcome and Gates' pharmaceutical investments in the context of their support for the prevailing market mechanisms that drive modern medicine - which is translated into rich nations that get priority access to covid-19 drugs. Many stakeholders are challenging this economic model during the pandemic, McGoey notes, including pressure on the World Trade Organization to ease intellectual property restrictions on vaccines and therapies.

She says: "They seem to be fully committed to a charitable model that really does seem to conflict with the health justice and vaccine justice approach that most activists and politicians in the global South are demanding.