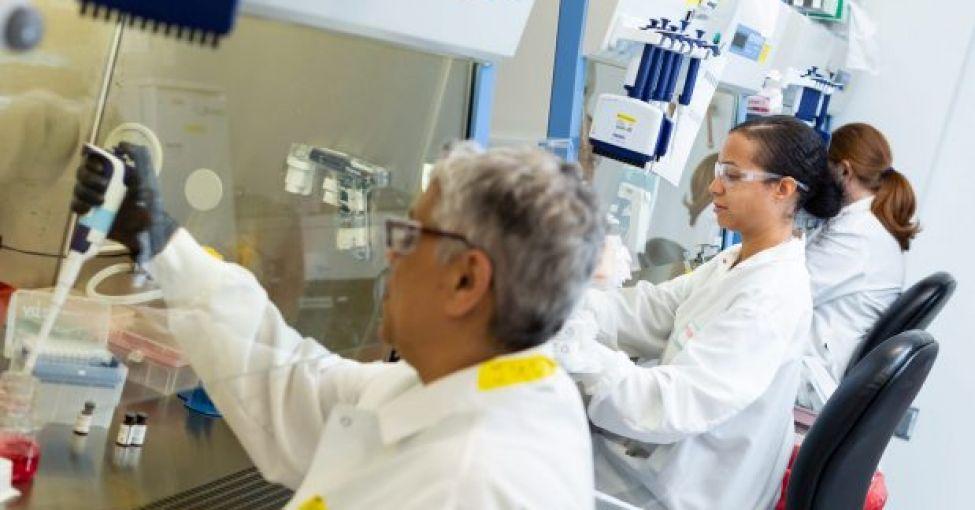 Pump'n'dump. That is, inflate the ratings of a title with more or less real news and then sell, when the price has skyrocketed. Jurassic Park stuff of speculation, good script material Wall Street and Gordon Gekko's cynic festival jokes. Yet in the world of algorithmic and high frequency finance, certain practices still seem to work. And the serious thing is that suspicion about this not exactly orthodox strategy is gathering around something that the world awaits with anxiety and hope: the Covid-19 vaccine.

At the heart of the dispute is the Modern, bio-pharmaceutical company that has monopolized the record day at the start of the week on the US Stock Exchange, placing a net plus 19% compared to the last close of last week at $ 80 per share. The reason? Guest of Cnbc, The company's CEO, Stephane Bancel, said that their experimental vaccine, mRNA-1273, offered excellent results in the pre-clinical experimental phase. Bingo!

This despite, in reality, the tests were based solely on two low-dose trials on only 8 patients and that the only real finding was non-harmfulness for health. It matters little, a world gripped by the pandemic amplifies everything. Wall Street then multiplies it.

There is a problem, however, as the graph shows: in after-hours trading the stock fell to 77 dollars. The reason? With timing worthy of a centometrist, the management of Moderna just closed the negotiations announced a public offer of securities for 1,25 billion dollars of equivalent in a range between 75 and 77,50 dollars per share. 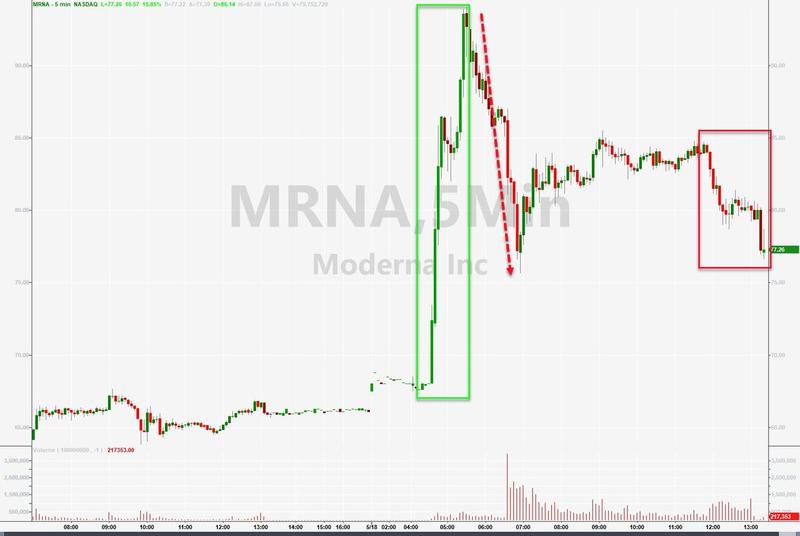 Morgan Stanley was delighted to offer herself immediately as sole book running manager operation. In short, in the eyes of the most experienced traders the whole move seemed little more than a salesman operation to place securities on the market at + 15-20% compared to the last closure.

Perhaps, it's a promotional stock sale. And that's not enough.

Why not alone Stephane Bancel appears as a very active stock seller of his company, according to the movements of the last few weeks but this screen shows how the top holder of Moderna, Flagship Pioneering Inc. is also selling a lot. 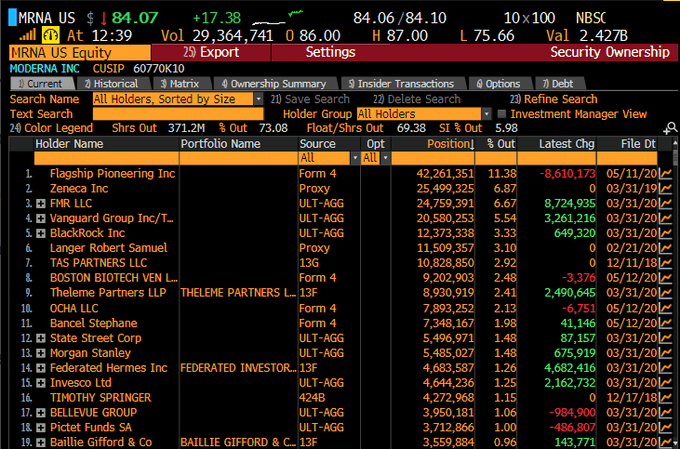 Definitely quite a lot. Coincidentally, Bancel would also be the controller of that company.

And that's still not enough. Because moments after the announcement of Moderna, the entire US bio-pharmaceutical sector followed suit, announcing public offers of stocks: Kristal Biotech, Clovis, Bellerophon, Novavax and Hexo, the latter not very quick to seize the timing of the operation and forced to announce only the placement in the near future, without even indicating a price fork.

Will it be true medical-scientific glory in the name of public health and the fight against the "big evil" or just an operation of low speculation in the short term?

Only time will offer an answer to the suspects, for now this graph shows how the recent precedent for Gilead's Rendesivir, a drug whose anti-viral properties were magnified by Dr. Fauci himself, by sending the title to the stars, does not testify to the inscription of May 18 as a great day for medical progress. 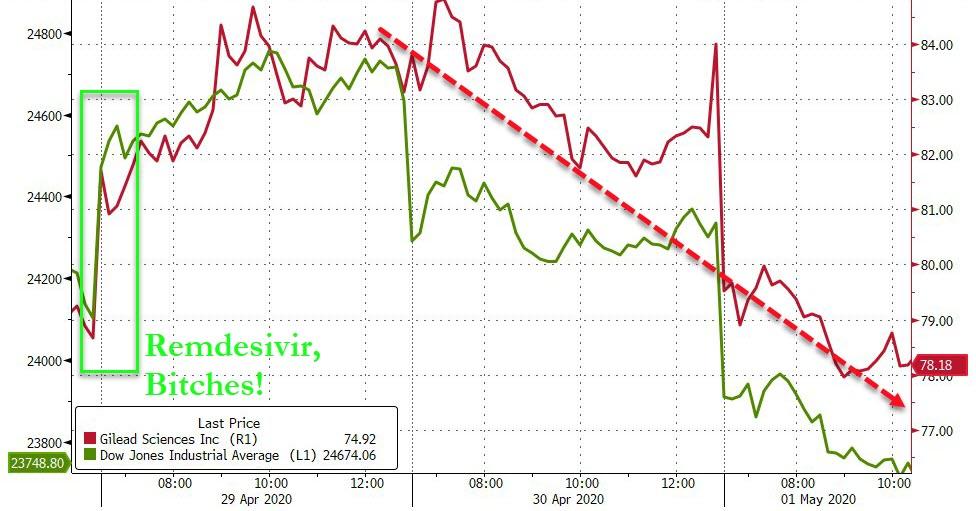 As reported by the US edition of Business Insider, the newly designated head of the national task force to combat coronavirus, Dr. Moceaf Slaoui, not only was he the director of Modernarole abandoned to be able to access the position offered to him by Donald Trump but continues to hold $ 10 million in the company's stock options, which of course is also benefiting from federal research funding.

In short, a potential - and quite striking - case of conflict of interest.

Which are they going to join now i suspected of pump'n'dump by Modernain the face of the lockdown, citizens in intensive care and thousands of victims.

Net of the witch hunt against Bill Gates or the cheap conspiracies, one thing becomes clearer and clearer as the days go by: not only the search for the anti-Covid vaccine is a billionaire business but it risks turning into a race with no holds barred, for an roller ball financial-scientific for people with few scruples. But a lot of fur on the stomach.