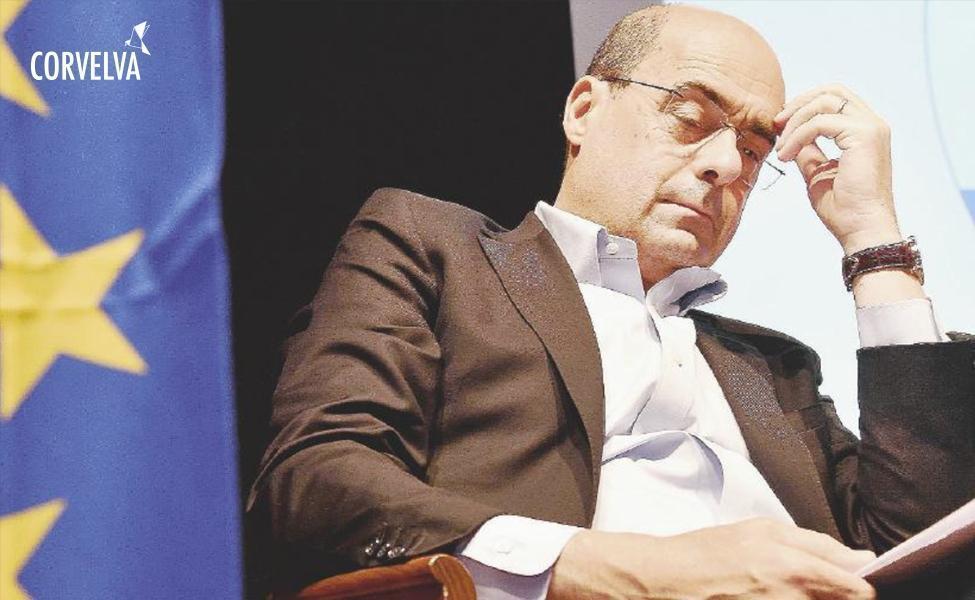 Nicola Zingaretti, national secretary of the Pd, and the heads of the two largest national public research bodies, have agreed to send millions of euros of funds for public research to a private pharmaceutical company. To the approximately 12 million obtained by the company thanks to two agreements between the Presidency of the Lazio Region and the leaders of the National Research Council (Cnr) in 2014 and 2016 without public call, are added at least another 40 million, always taken from research funds publishes, granted by the Ministry of Research (Miur) and by the Interministerial Committee for Economic Planning (Cipe) at the time of Luca Lotti, again without a call. From 2011 to today the pharmaceutical company Irbm Science Park spa of Pomezia has thus totaled around 50 million euros of public funds.

One euro for the 100 million euro laboratory

In 2009 a laboratory of excellence in Pomezia of the multinational drug company Merck, with a hundred good researchers, risks being dismantled after the Merck-Schering Plow merger. Merck offered researchers a severance pay and wanted to give away the facility that contributed to the development of innovative drugs such as Isentress, against HIV. The researchers push for the Lazio Region or the State to detect everything. But the governor Piero Marrazzo had just resigned and so did the competent minister, Claudio Scajola. And not everyone likes the hypothesis that would have blown up the plans for the construction of Tecnopolo Tiburtino, a duplicate if the Merck center had ended up in public hands. Here comes Pietro Di Lorenzo who until 2006 produced fiction for Rai with a turnover of 18 million. He interrupts relations with Rai and reports to the judiciary the request for bribes from department heads. He doesn't pay, he tells, and he stops working. The Prosecutor of Rome opens an investigation and then closes. In the vacuum of politics, Di Lorenzo agrees with Merck Italia, the company that deals with the administrative part for which he had worked as a communications consultant, and takes over the entire structure, "worth 100 million dollars" (he says same) for the symbolic price of one euro.

In 2010 Di Lorenzo said he was contacted by the Undersecretary of Education Guido Viceconte (Forza Italia) on behalf of the minister Mariastella Gelmini, and by Luciano Maiani, then director of Cnr, to establish a private public consortium. In fact, Merck also leaves the collection of chemical compounds in Pomezia, a sort of catalog of 40 thousand active ingredients collected in years of industrial research that can be used to probe active ingredients to be tested to discover new drugs. Irbm researchers can thus continue a profitable screening activity, on behalf of companies or public bodies, of the active ingredients of other companies.

The consortium that serves as the screen

Di Lorenzo sets up the Irbm company and two months later, on July 7, 2010, with the Cnr he founded the National Consortium of Chemical Compounds and Screening Center (Cnccs) to expand the database of chemical compounds and “become a reference point at national level and European for the identification of new active ingredients for new drugs ". A few months later, the Consortium joined the Istituto Superiore di Sanità, the technical-scientific body of the National Health Service. 20% of the consortium shares are owned by Cnr, 10% by ISS, 70% by Di Lorenzo's Irbm. The Annals of the Istituto Superiore di Sanita speak of a "synergy never seen before between public and private research institutions," write renowned scientists, including Giovanni Rezza, director of the ISS infectious diseases department, and Enrico Garaci, then president of the ISS. Rezza was also a member of the board of directors of the Cnccs consortium. Garaci was and still is the president. Garaci's successor to the top of the ISS, Antonio Oleari, was also a member of it from 2013 to 2015, during his tenure as president of the ISS. Gualtiero Ricciardi, still vice-president of the consortium, maintained his position during his mandate at the top of the ISS - like Oleari - although the statute forbids it. The members of the board are entitled to 30 thousand euros per year. Also the director of the CNR Massimo Inguscio was part of it for a short period, in 2016. But he gave up when he was made aware of the incompatibility of the two roles.

Della Irbm Di Lorenzo is the sole director, on the board there are also her son, her daughter and her husband. Various Cnr researchers and a consultant from British American Tobacco, an employee of Ldm, Di Lorenzo's television production company, pass through that board.

Since 2010, the MIUR has tied 6 million a year to the consortium, taken from the ordinary financing (FOE) destined for the CNR, for a total of 44 million. 90% is absorbed by Irbm. Removed from the CNR which had already suffered heavy cuts. The duration of the consortium between Cnr, Iss and Irbm di Di Lorenzo, approved by the MIUR in 2010, is 30 years. The MIUR has never mentioned how much it will still fund Cnccs by subtracting funds from the Cnr.

It is only the beginning of a growing flow of public money that goes straight to the Irbm spa coffers. On 9 June 2014, the then president of the CNR Luigi Nicolais and Zingaretti signed the memorandum of understanding to start a research program in the Lazio region in the field of biochemistry: "Development of scientific and technological platforms and high molecular libraries innovative content applied to rare and neglected diseases ". On 10 July 2014 Zingaretti appoints a control room of three experts to" identify the projects that will be subject to specific operating agreements ". To award public funds of millions of euros there are usually calls public and independent recruiters. Not in this case. With a decree of 10 July 2014, the Region appoints Giuseppe Martini, former director of the Cnr Life Sciences department and in the board of the Cnccs consortium from 2010 to 2012, Paolo Occhialini, expert in biosystems of the CNR and responsible for biotech of the Lazio Region company Filas spa. The CNR indicates Michele Saviano, director of the CNR center crystallography.

If there is a CNR, the race never takes place

With a resolution dated 11 August 2014, the Region approves a project presented by the CNR itself, through President Nicolais: it is the only one received and is financed by the Region with 10 million euros. The Zingaretti staff explains that a public tender was not needed: the agreement protocol with the CNR is enough. Reading the project, although presented as owned solely by the Cnr, it is clear that the bulk of the funds will be given to the Cnccs consortium for management. It is not specified who will be the coordinators of each project, how they have been chosen, who will work on it (the Cnr, ISS or Irbm researchers?), Nor how the money will be redistributed among the three members of the consortium. In the 2015 balance of the CNCCs, we read that the value of production goes from 8 million at the end of 2014 to 13,5 at the end of 2015 "thanks to the collaboration with the Lazio Region". But without a clear agreement upstream, can a private company benefit from the many millions that are theoretically requested by a public body (the Cnr) and assigned by another public body (the Region)? It does not seem to be a problem for the Lazio region of Zingaretti: in the August approval decision, we read that the project was sent by the CNR only on July 2, when the control room that was to examine it had not yet been nominated.

Di Lorenzo's stateroom is only form without substance, confirms this in a document registered by the CNR, where he says that the project was actually drawn up by the CNCCS Consortium and directly presented to the regional institutions. In 2016, with Inguscio (recently appointed to the presidency of the Cnr) and Zingaretti the same pattern is replicated. Cnccs writes the project, Inguscio proposes it as if it belonged to the Cnr, Zingaretti approves and finances it.

The Zika mosquito, from Brazil to Pomezia

Cnr and the Region sign a new protocol of understanding on October 10, 2016 "for projects, research, development and innovation programs aimed at the economic and social needs of the Region". This time for research on vaccines against the dangerous Zika virus transmitted by a mosquito that lives only in tropical countries. The year before, a health emergency had broken out. But in Brazil, not in Lazio.
Again, the protocol does not pass through the Cnr board, as the statute would require. Inguscio stipulates it directly with the Region. Between 3 and 10 November, the Control Room is established which has "the task of identifying the projects". Whose? It is not known, since there is no public tender. The Region appoints Renata Sangiorgi, director of the Research Area, and once again Giuseppe Martini, former councilor in the Cnccs consortium, the same consortium which then obtains funding from the Region. The CNR does not propose one of his researchers to evaluate the projects, but one from the Istituto Superiore di Sanità, the immunologist Giovanni Rezza, director since 1991 of the Department of infectious diseases, and also a former councilor of the Cnccs consortium. Inguscio informs the CNR of the agreement with the Region only on November 24, 15 days after sending the project to the Region. The scientific coordinator of the project is Garaci. When the project arrives in the Region, the control room has not even settled yet. Also this time.

Cnccs, or perhaps even from Irbm spa. Di Lorenzo explains it on January 24, 2017 in a meeting with the Cnr Board and the experts in the control room. According to those present, Di Lorenzo declares that he has already made agreements with the Region for the approval of the project for some time, well before the Cnr. He does not understand the observations made by a CNR adviser on the lack of transparency and clarity on the role of the expert evaluators appointed by the Region and CNR. Rezza and Martini, in turn, say they don't even know they have that role. Vito Mocella, councilor of the board of the CNR, impunta. He demands that this project be removed, precisely because the evaluators have been made aware of it before the opening of a public tender. The call does not arrive and the project is only being remodeled (not only Zika but also other rare diseases) and obtains a regional fund of 6 million euros. Only then does the Cnr enter into an agreement with the Cnccs consortium that will do almost all the work, through Di Lorenzo's Irm, which will then take the bulk of the funding from the Region (over 80 percent). Another part goes to Promidis, which is a subsidiary of Irbm and participated by Cnccs itself, whose laboratories are inside the San Raffaele private institute, of which Garaci is president of the technical scientific committee. The crumbs that remain at the CNR, around 500 thousand euros, will be assigned to some universities and some CNR researchers. Like Cinzia Caporale, a former member of the board of the usual Cnccs.

The tens of millions who ended up at Cnccs and from there in Irbm, without calls, are producing important results, Di Lorenzo assures: promising drugs for hepatitis-B and malaria that have concluded the preclinical phase. But on these researches there are no scientific publications. "We have chosen not to publish anything until the patent," assures Di Lorenzo. Italian taxpayers can only wait confidently.