Measles: Who has the dead in Congo conscience? 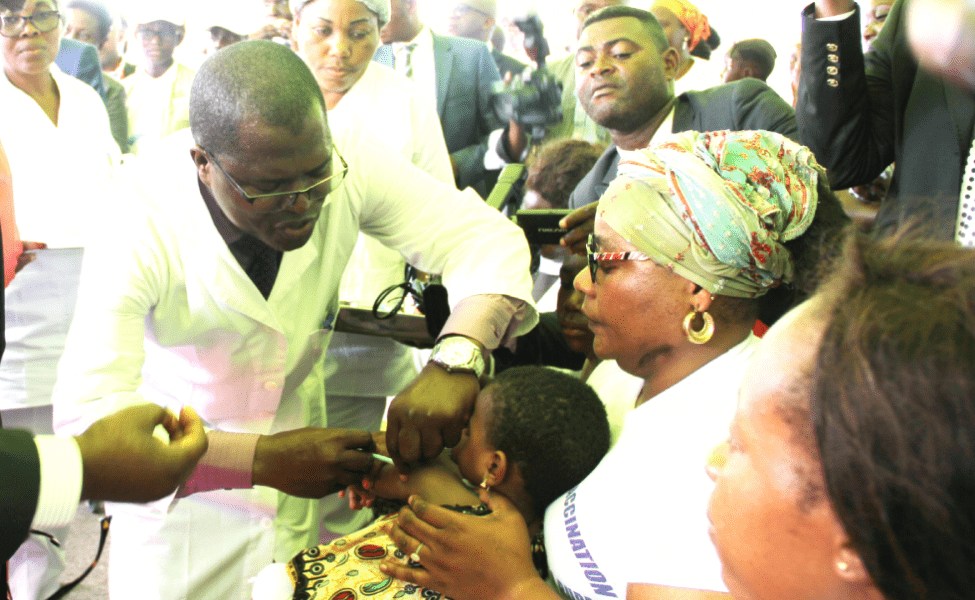 Congo is experiencing a real moment measles outbreak.
Guardacaso (the case must have become "no-vacse" lately ...), the Congo had gloriously played its part in the global strategies for the eradication of measles by offering millions of children who have been vaccinated from March 2019. I quote from the Who website1: "provide protection to more than 2.2 million children. This campaign, which targets boys and girls aged 9 months to 14 years will cover 43% of the country's population". Therefore, from 9 months to 14 years, 2,2 million people have been vaccinated this year, since March.
Why, I keep quoting them, "The vaccine is safe and effective". The mantra. THE VACCINE IS SAFE AND EFFECTIVE.

And it will be because it is safe and effective, (or always because of the case that is novacse), that after 6 months we find ourselves like this2:

But how was the situation in the Congo BEFORE the salvific vaccination campaign by Gavi & co ??? Here it is, from the WHO website:

To make the concept clearer, they also provide a very interesting table from the WHO website, which shows us the trend of measles in the country since 1990; in this graph you can see the blue line that shows the vaccination coverage and the arrows that indicate the extraordinary WHO vaccination programs .... do you notice anything strange? 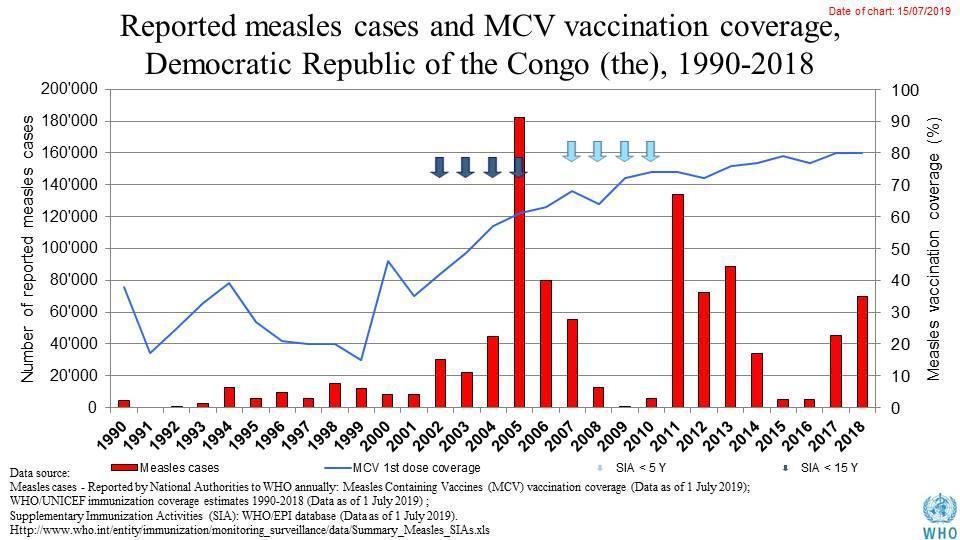 Does it also seem to you that when the covers were lower, there were far fewer cases of measles? And doesn't it seem that the two highest peaks are both immediately following the extraordinary "immunization" campaigns promoted in the country?

So, I ask you: who has thousands of dead on their conscience? Who???
Are they the novacs? Is it Gavi? The United Nations? WHO? It is the case? Who can answer? Because so, eye and cross, here we are faced with a big problem that someone should take charge ... that is that live virus vaccines could spread the disease and that extraordinary immunization programs could be responsible for the increase of the cases.

I quote again from their triumphal article of March 2019 (only 6 months ago, I remember it): "the initiative is part of the implementation of the Global Strategic Plan for the Elimination of Measles and Rubella 2012-2020, which is receiving technical and financial support from Gavi, the Vaccine Alliance, the United Nations Children's Fund (UNICEF), and the World Health Organization (WHO) ". These are the benefactor philanthropists.

Quick summary for the hard of understanding:

"Ha been the novacs "? Are the vaccines safe and effective?

More "In vaccines we trust"? Yes, and in fact:
They are preparing to launch the third extraordinary vaccination campaign of the year (to face the emergency that wasn't there before the first campaign) and I quote from the fourth link at the bottom of the page: "This nine-day campaign, the third supported by the WHO this year, will bring the total number of children aged between 6 and 59 months reached through emergency vaccination campaigns to over 4,1 million in at least 121 of the 192 health areas affected. "

So, in March, they launched the first campaign to vaccinate 2,2 million children.
In October they launch the third to reach 4 million.
In the meantime, the biggest measles epidemic of the past 20 years has broken out.
Normal things.

PS I haven't read anywhere that anyone is investigating the safety and quality of the vaccine used in 2,2 million doses ... Natural, because we believe it, we trust, so there is no need to verify. LaScienza has decided.