Report, the dirty supply chain from India to Italy 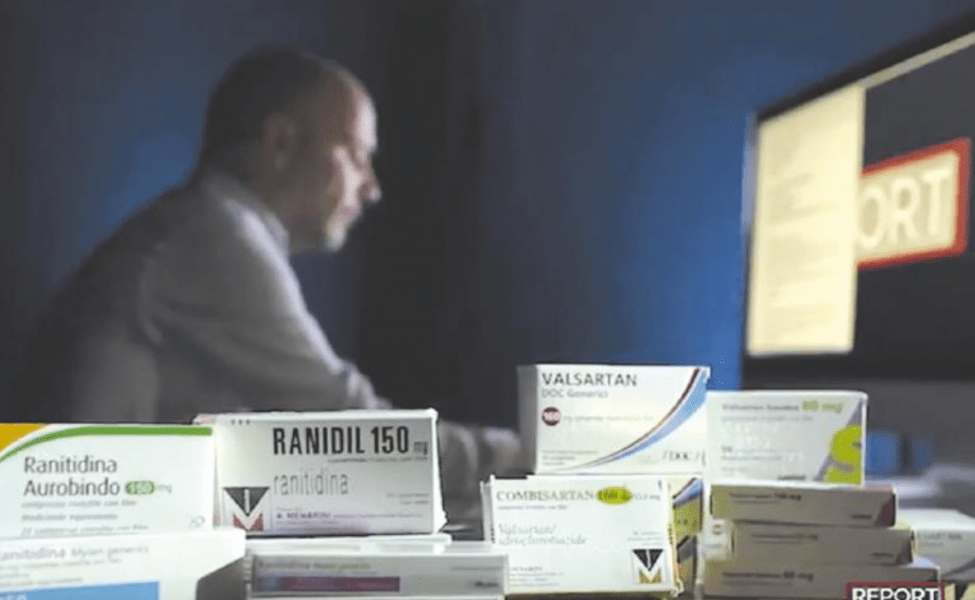 A river that has become an open-air laboratory where antibiotic-resistant bacteria proliferate and risk killing the weakest individuals in Italy too; drugs contaminated by an unchecked and poorly transparent supply chain; a system that in the name of savings jeopardizes European and world health security: Report's journey, broadcast this evening on Rai 3 and of which we can anticipate, is an explanation of what the recent withdrawal of some drugs has in common for the pressure (Valsartan, Losartan and Irbesarta) and for the stomach like (Zantac and Randil) due to the contamination of their active ingredients and the deaths that have occurred in Tuscany due to an antibiotic resistant bacterium called "New Delhi ".

EVERYTHING BEGINS on 19 September when Ema, the European Medicines Agency, asks pharmaceutical companies to check the drugs they make because they could be contaminated with nitrosamines, which years of scientific literature have identified as carcinogens and that attack the liver, the stomach and esophagus. The "impurities" are also found in very popular drugs and according to Ema estimates, they could cause a tumor for every 3500 patients. But the agency also admits that the scope is not precisely quantifiable. The quality is lacking, the controls are missing, the so-called Mdma should not be present even at very low thresholds. Going up the production chain is very complicated. The leaflets report only the last places from which the batch of medicines moved, but in reality 60% of the active ingredients come from non-European countries: India, China, Brazil, Armenia and Argentina. Each pill, it is explained in the investigation by Giulio Valesini, can have components from 12 countries and four continents. Ema, which is 80% financed by the pharmaceutical industry, should decide on the opportunity to report the source. The companies, in fact, claim that China and India are the best places to stock up, from there also arrive the active ingredients of generic medicines. The philosophy - they say - is to go where it costs less but only if the producers are good and verified according to European standards. Too bad that the inspections are "piloted" or detect rusty machinery and insufficient hygiene conditions without apparent consequences.

So we arrive in India where there is the Saraca factory, one of those that sells contaminated ranitidine also used for drugs for sale in Italy. It is at the center of a pharmaceutical district in the south of India, one of the most important in the world with 170 implants. Here is also Aurobindo, the Indian giant supplier of generics, but above all there are the companies that supply the intermediate products necessary to trigger the chemical reactions that then lead to the active ingredient. Report cameras show chemical solvents, dirt, rusty machinery, reactors, plastic barrels. "It doesn't look hygienic," says the reporter. "We do semi-finished products here and follow their standards - replies the owner -. If we followed higher, the costs would multiply and ordinary people could not afford cheaper drugs. " It shows the cooling water system, the waste ends up in the rivers. They pollute and treatment systems are not effective.