"5G, because it is right to worry" 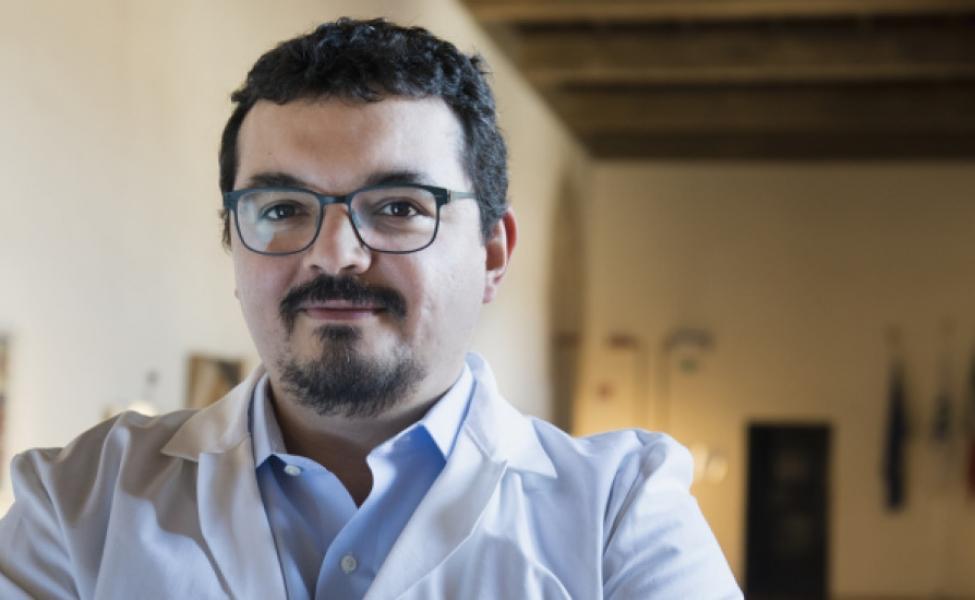 Mandrioli from the Ramazzini Institute of Bologna speaks. The state-of-the-art center on carcinogens seeks funds to test the technology. "3G already causes tumors."

jump.bz: Daniele Mandrioli, research coordinator forRamazzini institute from Bologna, the state-of-the-art center in Italy for experimental studies on carcinogens, in Bolzano you will speak to the city council about the possible effects of the fifth generation technology for mobile phones and the internet of things. Citizens need to worry about the 5G?

Daniele Mandrioli: the main problem with 5G is that there are still no studies on the higher frequencies and intensities of electromagnetic waves that demonstrate the safety or not of this technology. Our main interest as a research entity would be to study the possible effects, because we have already studied radio frequencies, such as those of the 3G base radio antennas, at 1,88 GigaHertz, used for example by mobile telephony.

What did you find out?

We highlighted an increase in glial tumors in 2018, in particular due to the higher doses that are in any case beyond the maximum Italian exposure doses, of 50 volts / meter, being the limit of 20 volts / meter. Our studies - made on exposures of 5, 25 and 50 volts / meter - are in line with the results with those of the American government, published a few months earlier, namely an increase in glial tumors for exposures equivalent to those of mobile phones. We have studied the field of one radio base, same frequencies but lower doses of exposures, their cell phones, but the forms of cancer were the same.

In our experimental study finished in 2018, we established that "old" 3G causes glial tumors at the highest exposure doses. The results are in line with the US results of the National toxicology program

So there is a correlation between the waves of mobile phones and the incidence of tumors?

In experimental models, yes, I mean in our studies on animal models. In particular, the World Health Organization, in the branch that studies carcinogens (Iarc), had already evaluated radio frequencies as possible carcinogens precisely because humans had seen an increase in vestibular gliomas and schwannomas that are very similar to those that we we have seen on animal models, both in Italy and in the United States. The first epidemiological evidence has shown increases in risk in line with those seen empirically in the studies on Sprague Dawley rats, the main model used for laboratory research on carcinogenesis.

Is 5G still an unknown field?

It is, even if it is a topic of interest considering the further complexity aspects of this technology, from the orientation of the antennas to the use of various frequencies together. It is of interest to go and see the effects because we have seen that with the increase in the intensity of the waves, the carcinogenic effects on animals also increased. It should be considered that while 3G is limited to frequencies of 1,8 GigaHertz, 5G should reach 50 times as much, with an increase in intensity still to be ascertained, but that it could reach 60-70 volts per meter from the current 20 volts per meter .

5G, the fifth generation telecommunications system, is unfortunately still an unknown field. However, it must be studied, also because the intensity of the waves could be 50 times greater than current technology. But funds are needed for the experiments

In short, do citizens have well-founded grounds for concern?

I believe that citizens should ask for studies to have some evidence. There is a lot of talk but very little evidence is produced. The hope of all of us is clearly that the 5G field will have no or few effects, on the other hand it would make little sense to do the experiment on us when we have consolidated laboratory skills to anticipate and find out if an agent is carcinogenic or not.

The mission of the researchers: for the experts of the Ramazzini Institute of Bologna it is to discover carcinogens. But also whether a substance or technology put on the market is not harmful. However, studies cost and need funding. Photo: Ramazzini institute

Is the Ramazzini Institute, born in 1971 in the wake of Cesare Maltoni's project on vinyl chloride, applying for these studies?

It is so. I remember that we are the institute in Europe that has studied more substances, more than 200, second in the world only to the National toxicology program which is governmental and has analyzed 700 of them. Half of the agents studied by us proved to be carcinogenic, the other half no. This is important because even if the media interest in us focuses on harmful discoveries, it is also essential to clarify what is not dangerous. In the same issue of the newspaper that reported our study on 3G we also reported that the low frequencies of electricity do not have a harmful effect, but the space given to the two news items was completely different.

Citizens have to worry about one thing: to ask for studies. Maybe it turns out that 5G is harmless

Natural that the discovery of a dangerous substance creates more alarm. But have you already started a project on 5G?

At the moment unfortunately not. Is there any municipality that would like to finance our studies, some small interested entity but nothing structured to start an adventure like the one on 5G that costs several million euros. 3G cost us 5 million, that of the US 25.

You say: Italy has a structure of excellence in studies on carcinogens, should it be financed properly, with attention to a technology such as 5G with great diffusion potential?

We would be thrilled if public bodies and citizens decided to support a study in this sector. The worst thing I think is indecision, not knowing whether a technology that can affect 6 billion people in the near future is harmful or not. It makes no sense from a scientific point of view, also because if it does nothing there is nothing to hide.

After our study on 3G we have not seen any particular changes. But regulatory bodies will have to make a decision. In Italy the word belongs to the state

Has anything changed after your study on 3G?

From the point of view of the limits, at least in Italy, we have not seen any particular changes. However, the online results produced by us and the American institute will now be evaluated by regulatory bodies. In the case of Italy, the word belongs to the legislator, therefore the state and ministries. In the US, however, National toxicology is also a regulatory body, so they have already clarified the effect on tumors in animal models.

Shouldn't the principle be reversed, first that a technology is not harmful and then put it on the market?

Indeed what applies for example to chemistry, the principle "no data, no market", for other sectors does not apply. In the case of radio frequencies, unfortunately there are no constraints from this point of view, there is no need to prove the safety of the product, in terms of long-term chronic effects, before selling it.

In chemistry the no data no market principle applies, in other fields no. Without the experimental studies we did in the 80s, we would still be here discussing the potential risks of asbestos

The fear is that we can repeat what happened for smoking, or for asbestos.

If a substance causes tumors in humans, we discover it 30, 40 years later for physiological latency. But in our experimental model in 3 years there is the whole life of the rat, the equivalent of 80 for humans. So you have the analysis of the potential carcinogenic effect of the substance in a very short time, thus being able to adopt countermeasures.

As a result, animal testing is useful and necessary, right?

Not doing an experimental study can mean sacrificing thousands of people, as in the case of asbestos. It was we in the 80s who did the experimental studies on the material - just as in all our activity we analyzed vinyl chloride, the PVC monomer, benzene, formaldehyde, diesel, petrol, pesticides, ionizing radiation, the list is long - and I'm sorry to say that without us we would still be here talking about risks, not certainties. So many times epidemiological studies are not enough, there is a need for proven evidence to establish whether an agent is carcinogenic or not.

South Tyrol is a land attentive to the environment and health, I hope we can start a fundraising on 5G such as that on pesticides. Crowdfunding for glyphosate has started

At the invitation of the Greens, you will participate in the hearing on 5G in the city council together with Luca Verdi of the provincial agency for the environment and Elena Marchetto of Fastweb. Will you take advantage of this to extend the appeal to South Tyrol to find useful funds for studies on the Fifth Generation?

Absolutely, South Tyrol is a land that we know well and with which we have had and have many relationships. A territory sensitive in general to environmental issues. With a million euros we could start. In a similar way, we started the study experience on glyphosate, the best-selling pesticide in the world, which uses the crowdfunding campaign that has so far raised € 200.000. We could repeat this path.