The sentences to GlaxoSmithKline in the USA 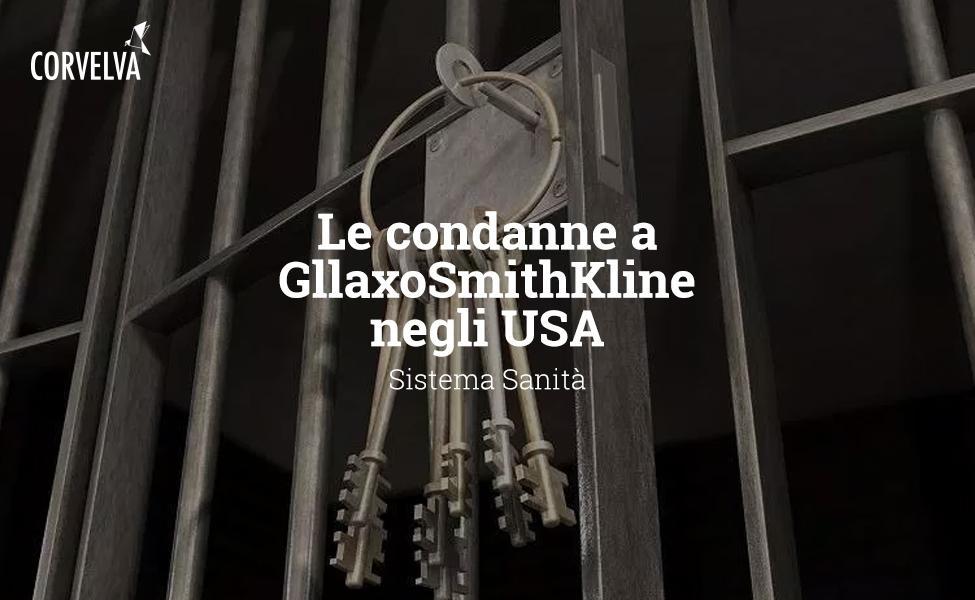 In this article we enclose some convictions, also understood as plea bargaining, sanctions of the controlling bodies or real condemnation by the courts of justice, which occurred in the last 20 years in the United States of America against GlaxoSmithKline.
We report the links of each sentence, but what does not appear in this cold list are the deaths resulting from this criminal behavior.

For every off-label use of pharmaceutical products, for every serious violation, there are deaths, tens of thousands of deaths behind and we are only talking about one nation, America. We speak of convictions with economic implications which, although apparently large, are a zero point .... etc etc of annual turnover globally.

These companies live for a single purpose, profit. The benefit we derive from the drugs they produce is absolutely secondary to their shareholder interest. This situation is now escalating into global drug abuse. Tackling this drift is difficult, our task is limited to remembering, leaving traces in people's memories.

One thing is important: none of these companies could have committed these abuses if it had not had the connivance of doctors and scientists. Science and medicine save millions of lives, and kill many more for the sole purpose of creating profit. We know that this claim is serious but it is a part of science and medicine that destroyed, perhaps irreparably, the trust relationship with the citizens.

What makes us shudder in these few sentences is that for some it has been ascertained that the criminal attitude has threatened the health of the most defenseless people, children, the elderly and people with mental disorders.

The GlaxoSmithKline convictions in the USA

The complex thing in identifying the condemnations of the Big Pharma, also understood as bargains or penalties by the controlling bodies, is that often they are not the ones to be condemned but the satellite companies connected to them. The following table groups the convictions of GlaxoSmithKline alone in the United States from 2000 to 2019.

All sentences sentenced to GlaxosmithKline

July 2, 2012 - Off-label or unapproved promotion of medical products and violation of the safety of pharmaceutical or medical equipment.

GSK pleaded guilty to criminal information for introducing off-label drugs, Paxil and Wellbutrin, and for failing to report safety data on the Avandia drug to the FDA. The same pharmaceutical company has made use of misleading scientific publications, wrong clinical studies and has paid millions of dollars to doctors to promote drugs Paxil and Wellbutrin.
GSK has hidden Avandia's safety data and promoted this drug to doctors and other health care providers with false statements.

October 26, 2010 - Violation of the safety of pharmaceutical or medical equipment

SB Pharmco's production activities have failed to guarantee that Kytril and Bactroban have finished the products without contamination by microorganisms. Criminal information also claims that SB Pharmco's manufacturing process caused the division of the two-layer tablets of Paxil CR. The split, which the company itself called a "critical flaw", caused the potential distribution of tablets that had no therapeutic effect and tablets that contained no controlled release mechanism. The resolution included a criminal fine and confiscation for a total of $ 150 million and a civil settlement under the False Claims Act and related state claims for $ 600 million.

GlaxoSmithKline paid $ 150 million to resolve the allegations that the company violated the False Claims Act through fraudulent drug pricing and the marketing of two anti-emetic drugs, Zofran and Kytril, which are used primarily in conjunction with oncology and radiation therapy.

GSK was fined through the Foreign Corrupt Practices Act of 1977, for bribing Chinese officials between 2010 and 2013 to increase sales of pharmaceutical products and the expenses incurred for this corruption have been accounted for as legitimate exchanges of value between doctors and professional associations.