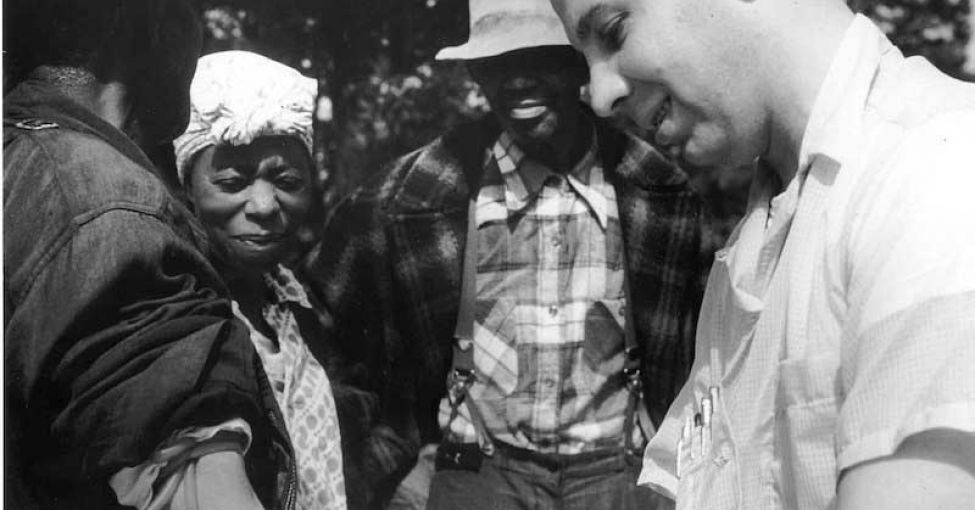 Medical experiments on unwilling human beings: stuff from Nazi concentration camps, no doubt, but not only. In the United States, still in 1972, a "scientific research" on about six hundred unsuspecting African American men continued, as part of a forty-year study on the evolution of untreated syphilis.

In 1932, the STD Section of the United States Public Health Service (PHS) organized a study group to monitor untreated syphilis in a group of African American men, 399 of whom had a latent form of the disease and 201 were healthy. 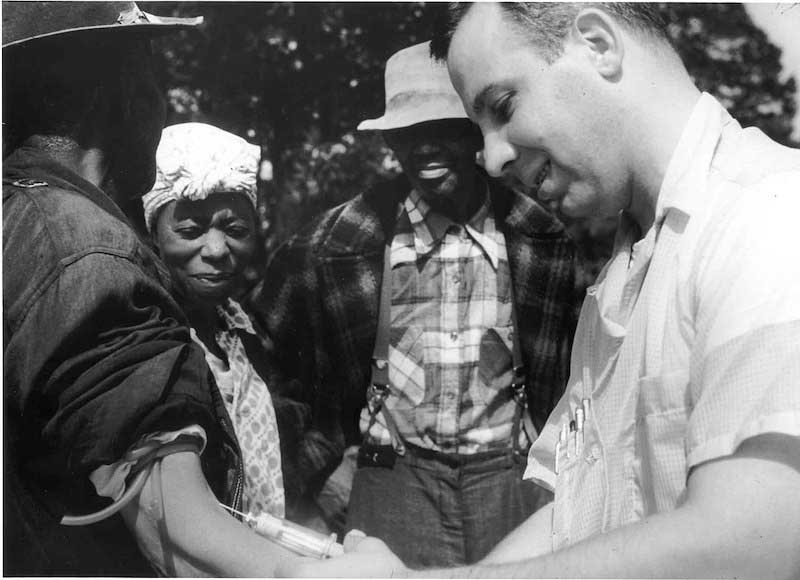 Tuskegee University, an Alabama college reserved for blacks, collaborates in the research. These are the years of the Great Depression, and in Macon County there are many heavily impoverished black sharecroppers. They probably don't think they can get free medical care from the government, so they agree to participate in the study.

They don't know that they will become the guinea pigs for what will be defined "Arguably the most infamous study in biomedical research in US history." None of those 399 patients are told that they have contracted syphilis, the diagnosis is instead "bad blood".

Eunice River and two members of the medical staff 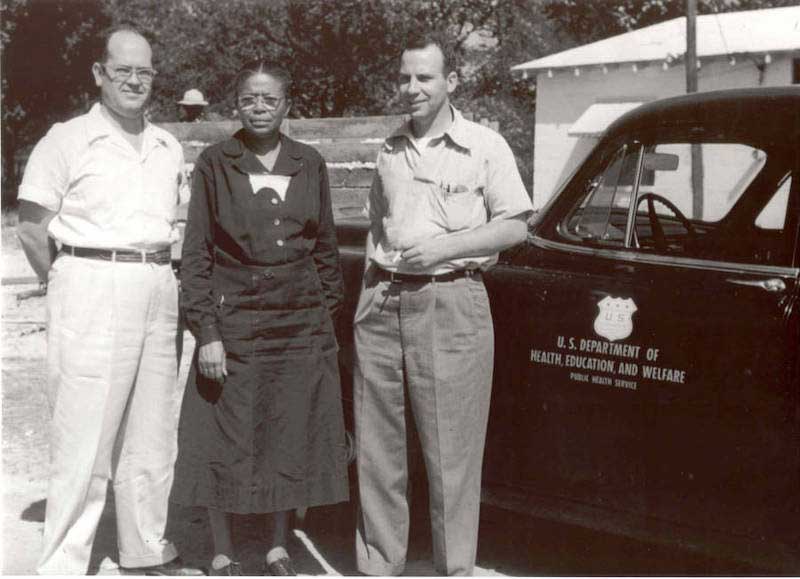 That research was originally supposed to look at the effects of untreated syphilis on African American men over a period of six to twelve months. After that, the sick would have to receive adequate treatments, those known at the time for lue, based on arsenic and mercury. It is a pity that after a few months of experimentation the funds intended for the study are canceled, and the planned treatments can no longer be provided.

Despite this, the director of the PHS, Taliaferro Clark, decides to continue with the experiment, which should have determined the effects of syphilis in African American men compared to those found in white men based, for the latter, on the data of a study conducted. in Norway, which however analyzed the previous clinical history of patients under treatment. 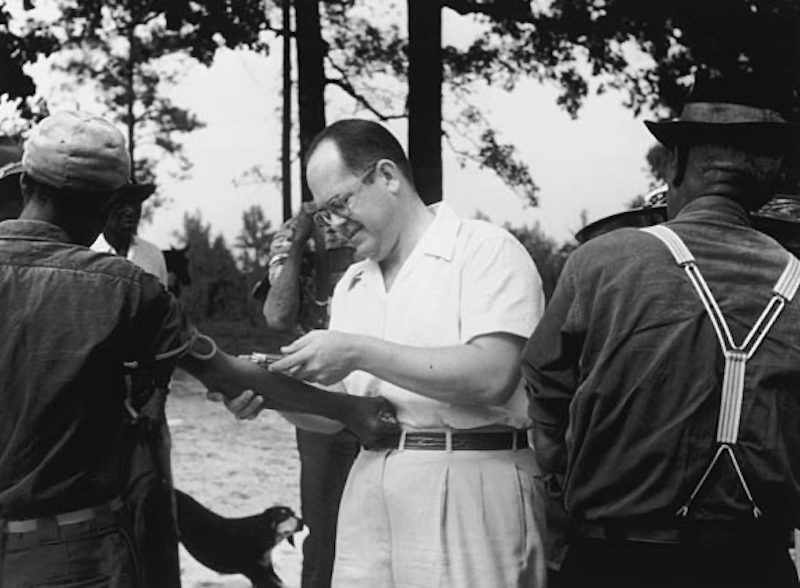 In reality Clark resigns before 12 months have passed since the experiment began, but there is someone else ready to take on that responsibility: observe the progression of the light until the death of the untreated subject. To do this, the entire staff hides the diagnosis and prevents guinea pigs to access the treatment programs still present in that territory. 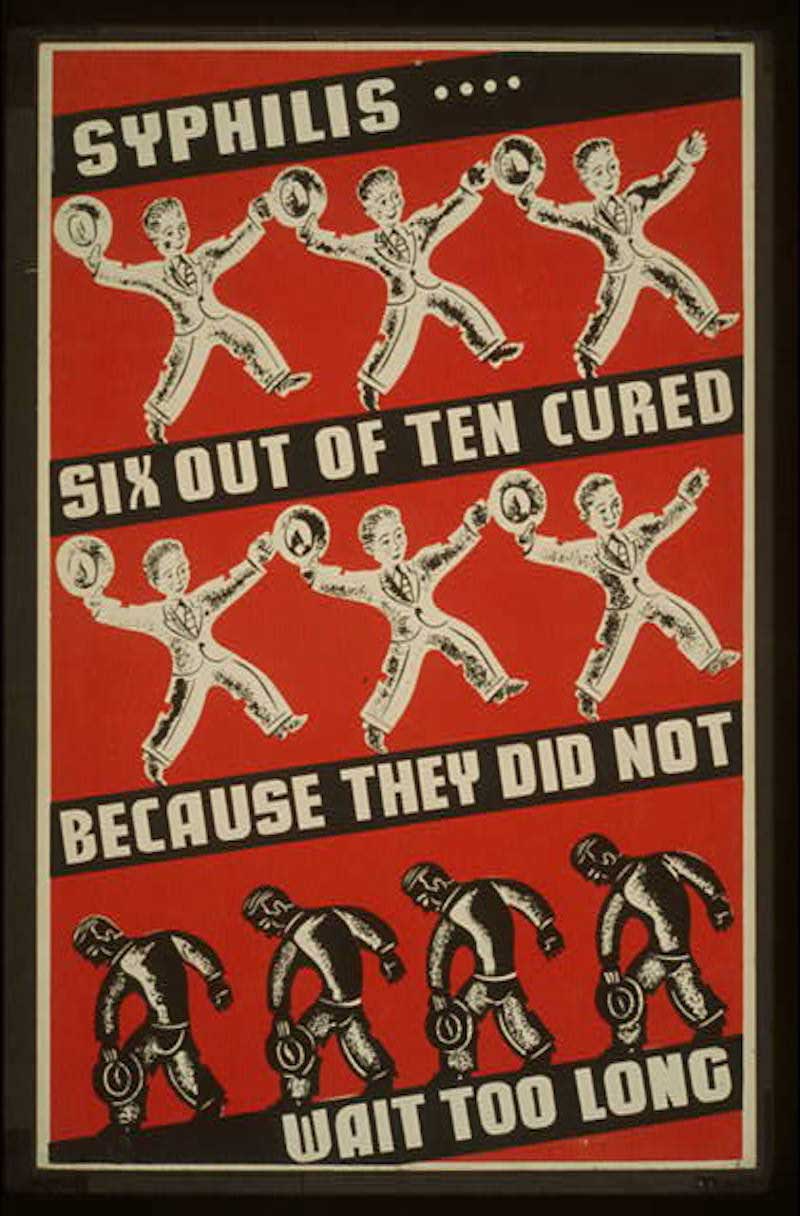 Those men face a horrible fate because syphilis leads to blindness, deafness, heart and mental diseases, bone deterioration and even the collapse of the nervous system and therefore death. But not only that, all those sick, not informed of their state of health, infect their wives (in 40 cases) and give birth to children with congenital syphilis (in 19 cases).

Syphilis test on a woman unaware of her husband's illness 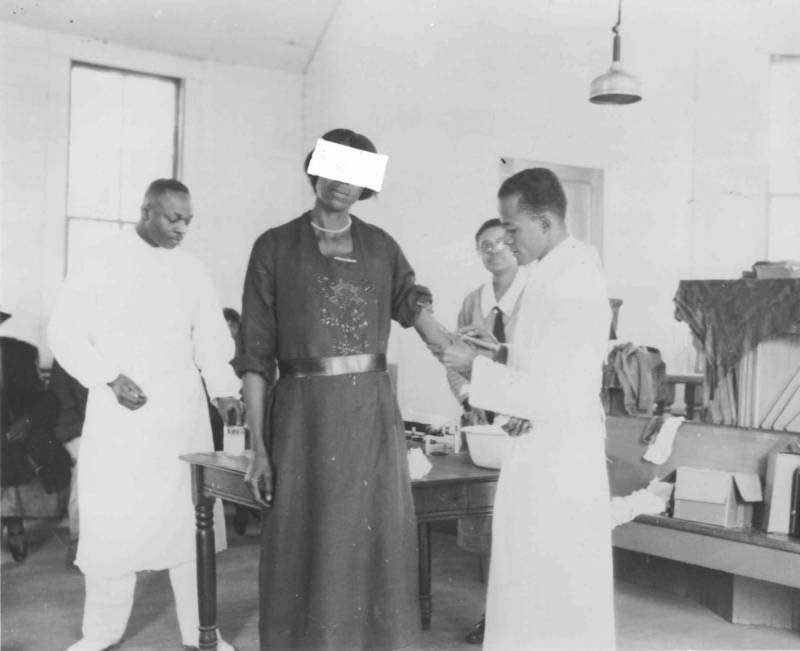 Not even the discovery of a definitive cure for lue, based on penicillin, in 1943, ends the experiment. Indeed, Dr. Thomas Parran Jr. writes in his annual report to the PHS that that study was becoming "More significant now that a number of rapid methods and therapy programs for syphilis have been introduced."

In short, that experiment represented the last opportunity to study how syphilis killed a man not subjected to treatment. Because medical experimentation goes beyond the rights of individuals, even more so if they are poor African Americans and without any access to basic information.

Control analysis of a patient 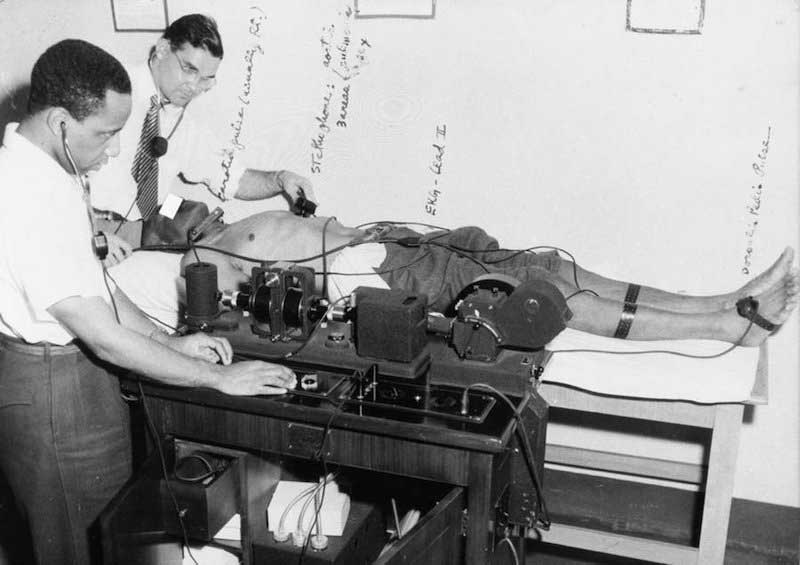 Oliver Wenger, a PHS executive, writes: “Now we know, where before we could only assume, that we have contributed to their ailments and shortened their lives. I think the least we can say is that we have a high moral obligation towards those who have died to make this the best study possible ".

As if to say that the experiment must go on precisely to honor the victims ... 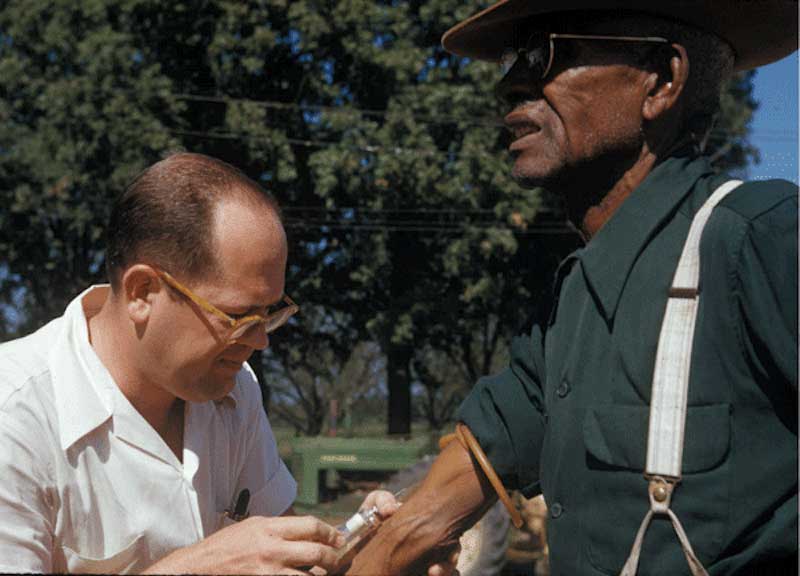 During the duration of the experiment, 40 very long years, the guinea pigs are encouraged to continue it because they receive free medical visits, the trips from home to the clinic and vice versa are free, as are the treatments for collateral disorders. They are also entitled to a hot meal on exam days. Doctors peddle a lumbar puncture that is actually used to take a sample of spinal fluid to look for signs of neurosyphilis as "last chance for special free treatment".

All care provided to the sick is actually placebos, and death is the only fate that awaits those patients curable simply with an antibiotic. For the purposes of this unfortunate experiment, the autopsy of the deceased is the last essential procedure to arrive at conclusive data. The relatives of the deceased grant authorization for that last investigation in exchange for the expenses of the funeral. 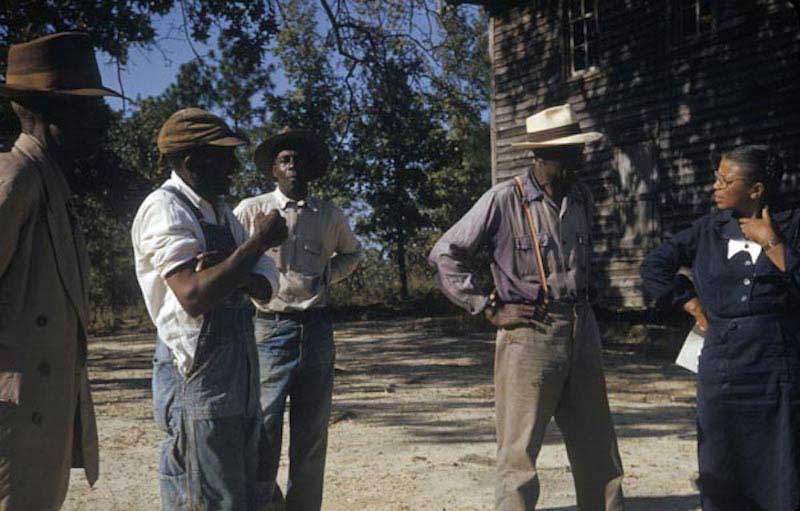 Over the years, many staff doctors resigned from their posts, some put forward ethical considerations. In 1965, an uninvolved researcher who had read data published in a medical journal wrote directly to staff members a letter of protest that was ignored. A year later, Dr. Peter Buxton does the same, but he writes to the national director of the STD Division of the PHS.

The leaders of the experiment at the national level reiterate the need to go on until the completion of the study, or until the death of all the guinea pigs. All this with the approval of the various national associations of doctors, including those representing African American doctors. After other initiatives by singles, always ignored, Bruxton turns to the press. July 25, 1972 The Washington Star publishes the news, which is reported on the front page, the next day, from New York Times.

The US government, through its public health organizations, has broken its own laws and conducted medical experiments on unsuspecting citizens. The signatures and stamps of many executives are there to show that everyone knew and approved. At that point the experiment is immediately stopped:

Six of the men subjected to the experiment 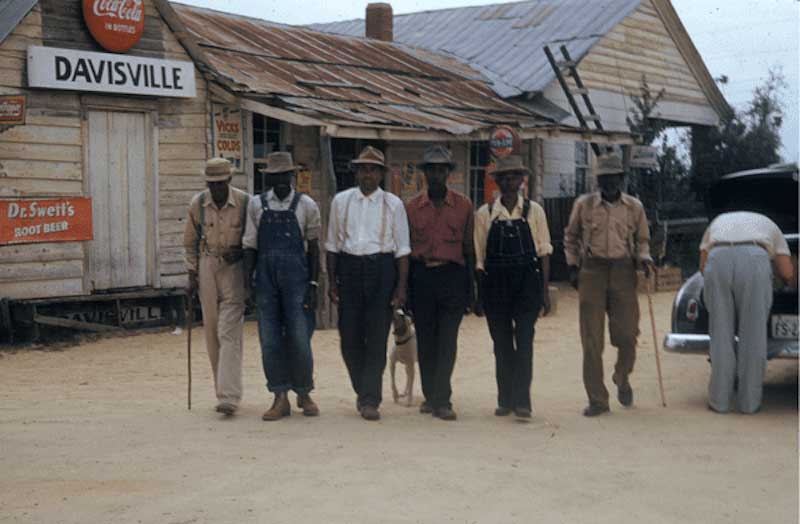 The public health service has never apologized to either the survivors or the families of the guinea pigs. Neither did black nurse Eunice River, the only one on the staff to participate in the experiment for its entire duration. His role was instrumental in maintaining contact with the black community and inspiring trust in the African Americans involved. In 1975 he even received an award from the Tuskegee Institute (where he studied) for his parents "Various and extraordinary contributions to the nursing profession, which have brought prestige to the Tuskegee Institute". 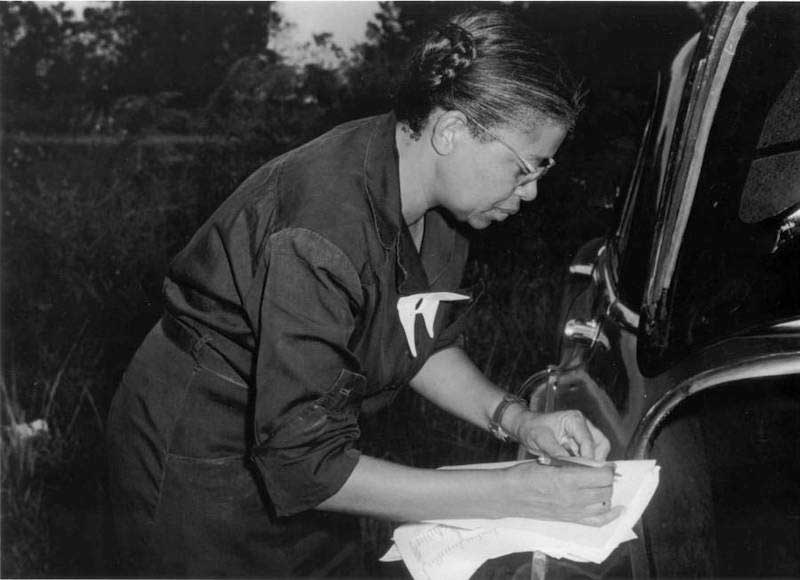 The son of one of the men who died during the experiment, on the other hand, makes a very different consideration: “It was one of the worst atrocities ever committed by the government. Don't even treat dogs like this "

Since 1975, the government has provided medical assistance to survivors and all those infected as a result of the experiment. Treatments that serve to heal the body, while psychological wounds are difficult to heal. The children and grandchildren of the guinea pigs little did they know about it, because that was a taboo subject, a thing "to be ashamed of."

This shame and distrust of the public health system conditioned adherence to that medical assistance program established in 1975.

Only in 1997 did the US government, in the person of President Bill Clinton, formally apologize to the victims, during a ceremony at the White House, where five of the eight people still alive were present. In 2004, the last of the survivors also died. Perhaps he had forgiven those doctors who failed in the fundamental duty of their profession: to treat the sick.

Or maybe not, but in any case he couldn't forget the deception: “Poor African American men, with no resources and few alternatives, believed they found hope when they were offered free medical care by the US Public Health Service. They were betrayed " (From Bill Clinton's speech).