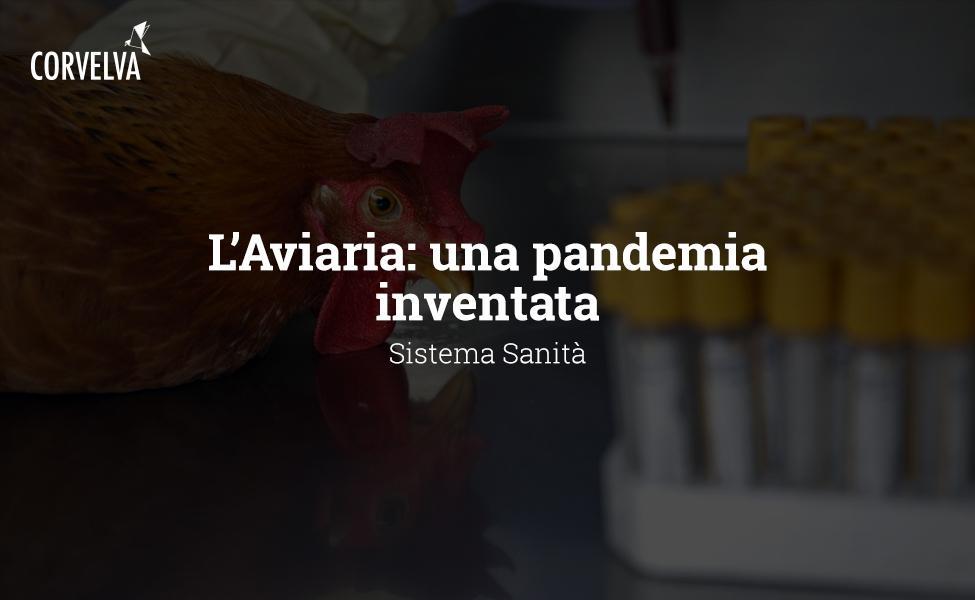 There is a control when it comes to drugs, or rather two: the government bodies that establish laws and rules and the doctors who with the "field control" read the results and any side effects of a drug. At least there is a control on paper, but there is a sort of "trust pact" between the drug companies and the control bodies and health workers. Until proven otherwise, if the company claims that a drug has a certain effect, users, i.e. doctors and patients as final recipients, trust.

The scientific community is an active, or should be, part of this double check. The data, the results, the statistics pass or should all be examined even with scientific studies. If the pharmaceutical companies, which obviously being private subjects must be able to make profits from the work they do, were to hide data they would commit two big mistakes: towards medicine and towards society. Transparency of companies should be a duty and not an optional and verification by control bodies should be precise and not based on a "trust pact". But this is not so, almost never.

The 2006 Avian Epidemic was orchestrated so well that it moved entire nations to purchase a single drug, Tamiflu. This drug, whose molecule is called oseltamivir, was "sold" to the academic and political world as the preventive remedy for the imminent avian flu pandemic, a pandemic that according to media around the world had a mortality significantly higher than the normal flu and, according to the mainstream media, an R0 (contagion potential) so exponential that it had to run for cover promptly, in short, the fatal pandemic was certain and they had the remedy.

As we said a little further on, if it is also true that there is a sort of "trust pact" between drug manufacturers and control bodies and health workers, a drug does not pass without scientific support, in fact Tamiflu was accompanied by scientific studies that demonstrated its effectiveness.

The turmoil was so great that the nations bought huge stocks of Tamiflu, we are talking about millions of doses. The British Health Department bought 40 million doses of the drug produced by Roche and prescribed it for only 200 people. Total cost: 500 million pounds. Even today on the ISS website there are clear references on the 2006 bird flu described as pandemic flu and in the prophylaxis it was clearly suggested, also in Italy, the use of Tamiflu. Everything seemed to work perfectly, migratory birds carried this virus all over the world, it was impossible to stem it, the cure was Tamiflu, the pandemic was so close to kneel. FAO warned the governments of the areas affected by the virus that the mass elimination of infected birds is not enough to stop the spread of the disease. Vaccination is also required in risk farms. Intensive vaccination of all birds intended for breeding and preparation of states for the purchase of millions and millions of doses. WHO reported an avian virus mortality of 53% of cases, in Vietnam there are 13 cases of avian influenza in humans, including 12 fatal. Percentages that went well beyond the epidemic were pandemic and fatal in 53% of cases.

But the pandemic never came, the cases were a few hundred deaths across Europe with a significantly lower incidence than seasonal flu. In Italy, 2006 was the year that, according to ISTAT data, 296 people died from complications from influenza viruses, the following year without Avian died 411 and in 2008 454 died. Not only did the epidemic not arrive but began to release the real data on the Avian.

It was clear to the whole world that there had been no pandemic, and it wasn't a bad thing if Tamflu's supplies abounded, an almost epidemic had been averted without even using the miracle drug.

It was at that moment, right in England, that the researchers of the Cochrane Collaboration thundered all over the world: "We would not prescribe it to our patients, it does not reduce complications"

Subsequent studies showed that the efficacy revealed by the manufacturers of the drug did not exist (https://goo.gl/xutnMi) and many doubts arose about its usefulness (https://goo.gl/3u9xT7), on the side effects and the cost benefit ratio. In short, a totally useless drug with the suspicion of serious side effects.

At this point it was obvious to go and check the data at the source, review the statistics and tests by requesting the company the appropriate documentation. The problem arose when it turned out that the data actually did not exist, or rather, the company did not intend to provide it and, after an initial promise of availability, he also retracted rather abruptly. The result, after an initial disorientation, was a heated debate between the company, control bodies and scientists. The news that the company that manufactures this drug (la Roche) has stiffened on its positions has outraged many people.

The British Medical Journal moved (https://goo.gl/ovM2MB), the European Medicines Agency (EMA) and numerous scientists, doctors and communicators, and soon the news came to the general public until it reached the English parliament (https://goo.gl/BdDRAv).
In Italy, of course, almost silence, if it were not for Tom Jefferson, an Italian member of Cochrane, even if the news did not spread outside certain circles.

Fun to see how the European supervisory body reacted EMA, timidly declared to take seriously the fact that the data in the possession of pharmaceutical companies, relating to pharmacological molecules for sale, experiments and scientific publications, had to be public and freely available. Not verified by the EMA but simply public, very often only for professionals.
The EMA went so far as to declare that “those who do not apply transparency will be boycotted ”, regularly enforced not respected as we have seen for the safety studies of the GSK hexavalent.

Until 2009, Roche did not release studies of Tamiflu, no government, institutional, medical or scientific pressure managed to bring out the documents to Roche, therefore, no one had made the necessary checks on the drug Tamiflu, bought by governments in huge quantities even on indication ofWorld Health Organization and deemed, in fact, useless by the group of independent doctors Cochrane Collaboration.

We conclude by recalling that the same FDA that in 2006 had declared that Tamiflu should not be used on children due to the appearance of too many adverse reactions, after a few years definitively approved this anti-viral for both pediatric and adult age.

Whose Tamiflu is it?
The trade name is Tamiflu but the molecule is theOseltamivir. L'Oseltamivir It was patented from 1997 to 2001 by Gilead Sciences which is an American biotech giant particularly active in new products for infectious diseases including HIV. Gilead Sciences is a company that has impressive growth rates over time. Turnover has tripled in the past 4 years and is now worth $ 28 billion (source Il Sole24Ore). Gilead produced over 2016 billion dollars in 13, 44% of the entire turnover of the biotech segment. Its value today is 110 billion dollars 4 times the turnover. In 2017 it generated cash flows equal to 45% of revenues and 11% of capitalization. Gilead Sciences was and is a real money machine. Fear not, we will return to another article in Gilead Sciences soon as it is the same company that raised the price of the drug to treat apatitis C from a few dollars to over 1000 dollars per pill.

Gilead Sciences, after 2001, sold the patent of theOseltamivir to Roche, withholding rights on the sale of the medicine. Remember that fate wanted that Donald Rumsfeld - United States Secretary of Defense under the administration of the President Gerald Ford from 1975 to 1977 and subsequently under the president George W. Bush, from 2001 to 2006 - was president of the Gilead Sciences from the 1997 2001.