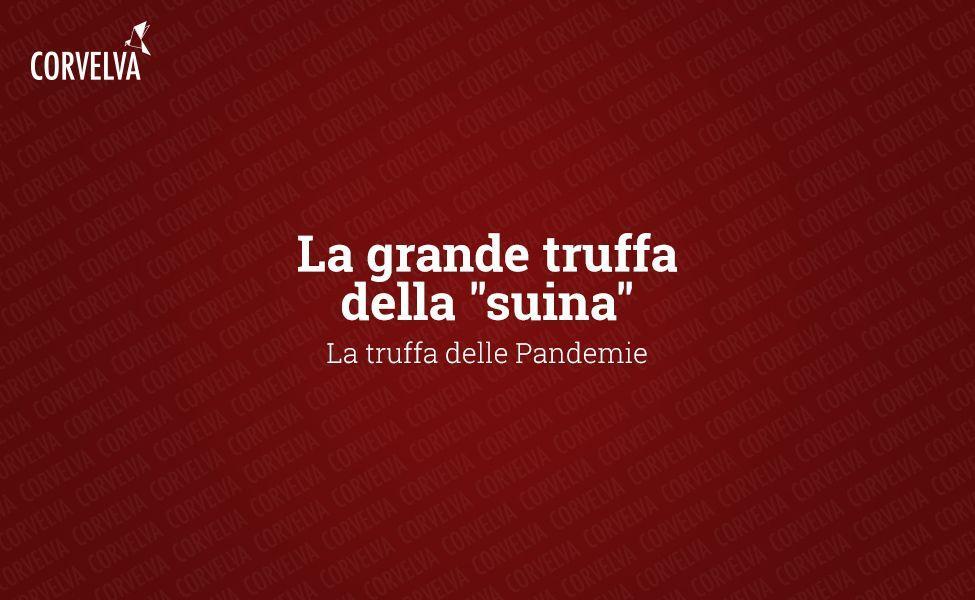 The British Medical Journal: WHO has inflated the risks of influenza A to help the industry

Criticisms of how the World Health Organization (WHO) responded to the H1N1 flu pandemic grew a notch last Friday with the publication of an investigation jointly conducted by the British Medical Journal (BMJ) and London Investigative Journalism Agency (BIJ), and with the report adopted that same day by the Health Commission of the Parliamentary Assembly of the Council of Europe. The first reveals that some of the experts who had participated in the drafting of WHO guidelines for pandemics were on the payroll of two pharmaceutical companies - Roche and GlaxoSmithKline - which produce medicines or vaccines against influenza viruses. The second underlines a "lack of transparency" in the management of the H1N1 virus crisis by WHO and public health institutions, accuses them of having "squandered a part of the trust that Europeans have in these bodies" and believes that "this decline of confidence in the future could represent a risk ».

A year after the announcement on 11 May 2009 of the start of the influenza pandemic, many Western governments find themselves with unused stocks of antiviral drugs and vaccines against the new virus A (H1N1), ordered at a very high price, while the JP Morgan bank estimates the turnover between 5,8 and 8,3 billion euros. It emerges that, since 1999, the date of the first WHO guidelines for pandemics, some experts with a key role in their development have links of interest with industrialists. The recommendations are written by four experts in collaboration with the 'European working group on influenza' (Eswi). "What this document did not reveal is that Eswi is fully funded by Roche and other vaccine manufacturers and that two of the experts, René Snacken and Daniel Lavanchy, had participated in Roche-funded events the year before," British journalists Deborah Cohen and Philip Carter.

The article cites several other experts involved in WHO strategic documents, who have been paid by industrialists and have published articles on the usefulness of retroviral drugs (Tamiflu della Roche or Relenza di GlaxoSmith Kline), a utility now disputed within the medical community.

"No details were provided by WHO in response to our questions," write Cohen and Carter. The two journalists also deplore the secret kept by the WHO on the composition of the emergency committee, set up by the director general, who advised her on the moment to declare the pandemic: «A decision that triggered the expensive contracts for vaccines all over the world », comments the director of BMJ, Fiona Godlee, in her editorial.

When asked by "Le Monde", WHO spokesman Gregory Hartl states that "every time the WHO brings together experts, it has a declaration of interest drawn up, which is subject to evaluation by the chairman of the expert committee, but not it publishes them because they contain information of a private order ».

As regards the urgency committee, Hartl specifies that its composition will be made public when it has completed its mission, a measure aimed "at preventing its members from being pressured, taking into account the enormous consequences of the decisions taken". The report drawn up by Paul Flynn, British Socialist Member of Parliament, and adopted on 4 June by the Health Commission of the Parliamentary Assembly of the Council of Europe, also accuses the WHO of showing a "serious lack of transparency" in its decision-making processes, to which is added "overwhelming evidence that the severity of the pandemic has been largely overestimated by the WHO".

The document underlines that "it is above all the rapid transition to level 6 of the pandemic, at a time when the flu gave relatively modest symptoms, combined with the change in definition of the pandemic levels shortly before the announcement of the H1N1 pandemic, which has raised concerns and suspicions in the scientific community. " The report will be submitted to the Parliamentary Assembly of the Council of Europe and its 47 member states on 24 June.