Vaccine, what a big rip-off

The Daily Made The pandemics scam January 18 2010 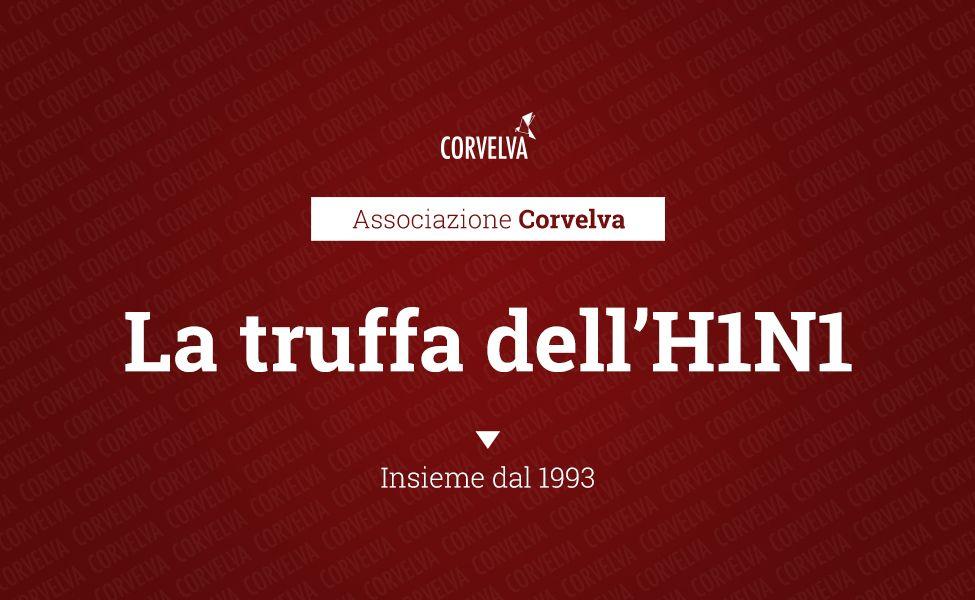 The scam ofH1N1: more than 23 million unused doses
- spot of the government and the strange preemption of Sirchia to the Novartis

The government Berlusconi it threw away 184 million euros. There Novartis has grossed one billion euros.
The Ministry of Health has signed a contract with Novartis that defining unbalanced in favor of the Swiss multinational is little, but we will see this after having put the spotlight on another fact. Girolamo Sirchia - sentenced in the first instance to three years for having pocketed bribes, prison escaped thanks to the pardon, suspended for five years from public offices - in 2004 when he was Minister of Health in the second Berlusconi government, in private negotiation (i.e. without public tender) he paid to Novartis 3 million euros to be entitled to pre-emption on the possible production of vaccines in the event of a pandemic. And the flu has come H1N1.

"Built" the pandemic, the Berlusconi government bought the vaccine from the Novartis with a contract that has been kept secret due to its clauses, as a "complaint" from the Court of Auditors. 24 million doses for a cost of 184 million euros to be paid in advance with the government's commitment to take responsibility for any side effects and for payment in the event of damage to third parties for reasons that were not attributable to manufacturing defects .
On balance the vaccines collected and distributed to Asl they were equal to the value of 10 million against the 184 paid. And only 865 thousand have been inoculated. The rest? They will end up in waste as they expire soon. Result: huge waste of public money that nobody will answer for. Moral: citizens have been deceived three times in one fell swoop.

The first when the then deputy minister and today health minister, Ferruccio Fazio, he repeated that we were facing a deadly pandemic of unimaginable size, creating panic among the population.
The second when taken from anxiety, the citizens went to hospital facilities to be vaccinated and found that they had to sign the informed consent because the vaccine had not passed all the test required to be placed on the market.
The third when they found out that the state, that is them, had purchased 24 million doses for 184 million euros and had used 865 thousand for 10 million euros.

A completely different example comes from Poland where the prime minister, Donald Tusk he accused the pharmaceutical companies of wanting to release responsibility for any side effects as the vaccine had not been sufficiently tested. And the health minister, the doctor Ewa Kopacz, increased the dose by adding that if the manufacturers did not agree to take legal responsibility for each case of damaged person, the vaccines could not be purchased.
Finland did the same thing by deciding that those who wanted to get vaccinated could do so at their own expense and risk because the state would neither finance nor distribute that vaccine.

In Italy, on the other hand, 184 million euros were thrown away despite the contrary opinion of many pharmacologists - including that of the director of the "Mario Negri" Research Institute in Milan, Garattini, according to which the vaccine race is explained by "the great pressure of the industries that would have made strong gains" - that it was a virus "from mild virulence" and buying the vaccine would not have been "a big deal".

For citizens but not for Novartis, of course. Add to this that the vaccine, not accidentally excluding the American one, contains squalene which according to research conducted at the Tulane Medical School on Gulf War veterans vaccinated for anthrax with a vaccine containing the immune-adjuvant MF59 (containing squalene) showed that "95% who developed the Gulf War Syndrome, which caused thousands of deaths, had antibodies to squalene. "

But the shadow of the conflict of interest that has only apparently been resolved with the appointment of Fazio Minister of Health, role played by Maurizio Sacconi whose wife Enrica Giorgetti she is general manager of Farmindustria.
Of course Novartis who produced the vaccine is not an Italian company. But how can we ignore that Farmindustria is an international member of the European Federation (EFPIA) and worldwide (FIIM-IFPMA)? In addition to the fact that the Ministry of Health, through AIFA (Italian Medicines Agency), establishes the prices of medicines, which to withdraw from the trade and which not. It has control over Farmindustria (which brings together over 200 drug companies operating in Italy, national and foreign capital) with respect to the start-up of the company, the nature of the plants, the products, the placing on the market and the presentation of the product (label , leaflet and advertising) etc.

Conflict denounced by Antefatto.it? , ignored by the media and described by the British Nature, one of the oldest and most prestigious scientific journals in the article "Clean hands, please"(Clean hands, please) which reads: "Furthermore, the connections between the ministries of Health and Welfare with the industrial system are unpleasantly close: for example, the wife of Minister Maurizio Sacconi is general director of Anac, the association that promotes the interests of pharmaceutical companies ".