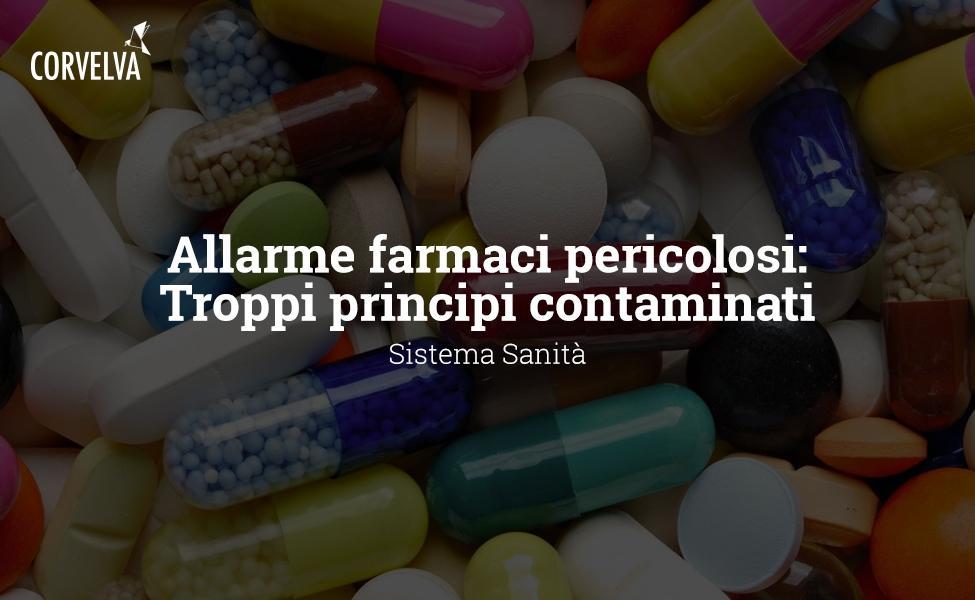 After the "fake" drugs, fake in all respects, the case of contaminated "author" pills is now exploding. According to the complaint of the Italian producers of the active ingredients, it concerns at least one pack in ten, the molecules that make a pill into a drug. Medicinal products produced by large industry, regularly authorized by the competent authorities, would contain "contaminated" active ingredients, taken at low cost from countries especially in Asia, where the maximum of control envisaged is the self-certifications of those who sell them.

«About 70 percent of the European market is invaded by active ingredients that come from countries such as China and India, where the plants are far from the control of the European authorities. It is not risky to believe that more than 10 percent of the drugs on sale are made up of contaminated or otherwise not pure substances, ”warns Gian Mario Baccalini, President of Aschimfarma (Federchimica), the national association of active ingredient manufacturers. "As a rule - he explains - an active ingredient must be 95% pure, but packs with only 70% pure substances circulate, which have a high toxicological risk".

Pharmaceutical active ingredients are an industrial sector where Italy is still going strong, but the race to the bottom of the prices of "off-patent" medicines has ended up opening the doors to a market that offers no guarantee of safety. "It is no coincidence that the phenomenon of contaminated active ingredients is more widespread among generic drugs," explains Baccalini. But the danger is extended to all non-patented medicines, including "designer" ones. Products that compete for the market of pills and syrups with price drops and that also advise large multinationals to invest to control the production sites of the east. On the other hand, checks are carried out on the drug molecules still covered by patents, which have much higher prices and therefore profitability.

Numbers on the extent of the phenomenon so far no one had given it, but the problem had already exploded in 2008, when a contaminated anticoagulant, the "Chinese" heparin, caused 149 deaths only in the United States. More recently, large quantities of gentamicin, the active substance of a known antibiotic, have been withdrawn in Germany. In Italy, the antisophysication nuclei of the carabinieri seized lots of mesalazine, a widespread intestinal anti-inflammatory, also in this case adulterated.

The problem is that pharmaceutical principles has become a golden egg business. "One euro of cocaine makes 16 euros, investing 60 euros in active ingredients yields 150 thousand", explains the Nas commander, Cosimo Piccinno. To stem the phenomenon, the Nas ask to be able to set up a special body dedicated to fighting the phenomenon of contaminated pills. Waiting for the 28 Council of Europe member states to approve the Medicrime plan in Brussels on 47 October to punish those who manufacture artificial pharmaceutical molecules. Criminal penalties that are not foreseen outside our borders.

The real winning weapon - claims Aschimfarma - would be to make controls mandatory in countries where they do not actually exist, financing them with an ad hoc tax on the pharmaceutical industries, as is done in the United States, and introducing mutual recognition with American certificates. A "shareable" proposal for the vice-president of Farmindustria, Emilio Stefanelli, who however warns: "Any news that has repercussions on the free movement of goods must be accepted by Europe, otherwise we risk a recall". Risks certainly lower than those that contaminated drugs entail for health.