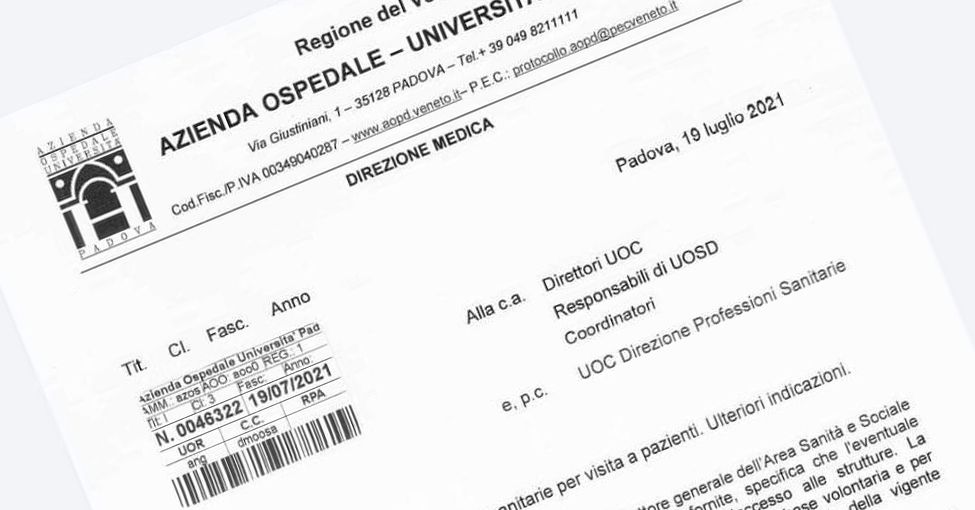 Apparently the question raised by us to the privacy guarantor on the lawfulness of asking for a green pass for hospital access has given its results and a note arrives from the top of the regional health care: a first result, which however is not communicated adequately. Who knows why huh?

Basically it is communicated that a visitor to the hospital cannot be forced to show the green pass. Did you know? Has anyone, any reporter talked about it?

If in introducing measures that are harmful to privacy - and which also damage the right of people to assist their loved ones in need - trumpets in the press and makes sure that everyone knows, then the same should be done when, perhaps beaten on the merit of the measure, we backtrack.

President Zaia had already admitted days ago, in a broader interview, "we were called back by the privacy guarantor because we ask for the green pass to enter the hospital". This happened following the action taken by our association to report some facts that in our opinion involved irregularities.

Now we learn of a note issued by the Veneto Health Director, as we can read in the attachment, BUT NO NEWS HAS REACHED THE PUBLIC OF THIS NEWS. Nobody thought to write "asking for the green pass in the hospital is against privacy". No newspaper headline has informed citizens of this repentance.
The only proof of this is a document circulating internally to the departments.

If the provisions of the region were and are illegitimate, these changes, these clarifications on the documentation that it is or is not lawful to be requested must be adequately communicated to the citizens who have the right to know and know what they can deny their consent to.

We are not really there.

In addition, we will proceed with further requests for further information to the guarantor regarding the entire regional protocol also in environments such as the RSA and centers for the disabled, places where we receive reports of discrimination and injuries to rights such as inclusion and the right to assistance.

In the next few days we will publish the open letter that we will send to the Region in knowledge also to the privacy guarantor together with the report on the entire current schedule of the health sector. 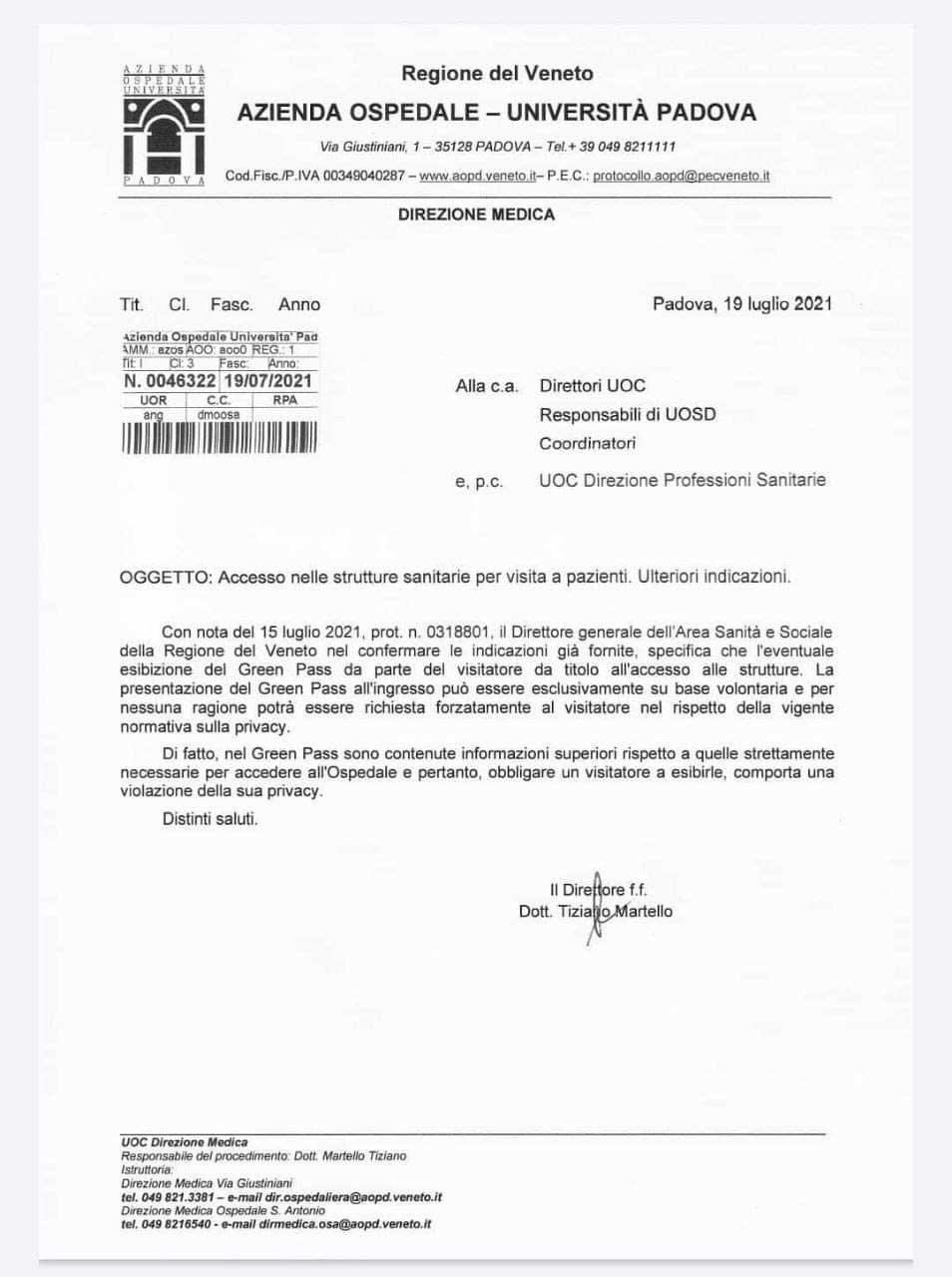