What did we find in the MMRV (Priorix Tetra) vaccine? 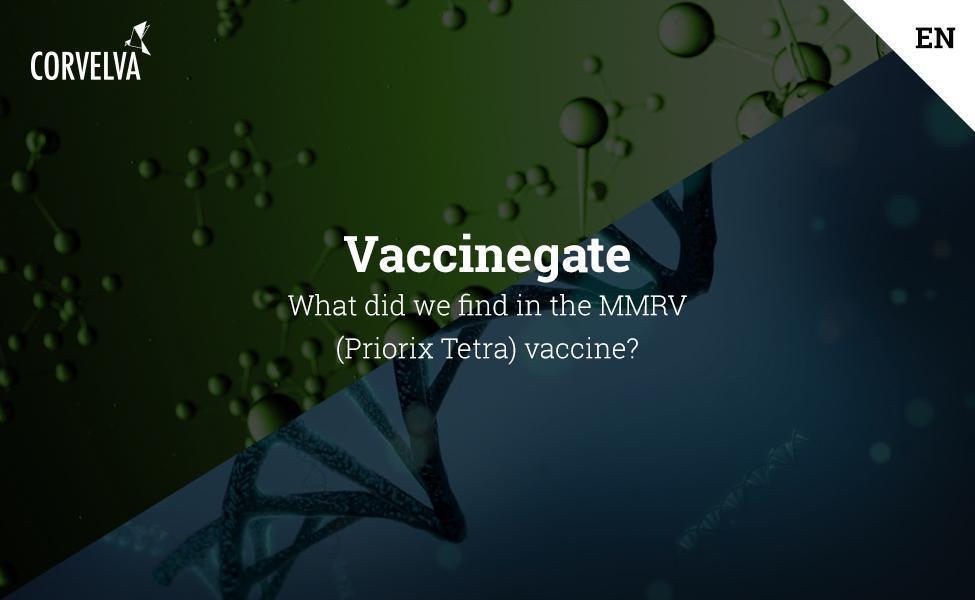 To begin with, the analyzes of 2 compounds for each vaccine have been verified by means of standards, using certified control standards with a concentration in the order of micrograms / mL. The compounds we have chosen are among those known for their critical hazard profile. We are talking about a cumulative quantity, a total amount of those recognized as identities and those to be identified, which can be estimated within the order of 50 micrograms / mL, in contrast to the EMA / FDA guidelines.

These tests have given positive results, therefore they fully confirm the analysis method! The contaminations observed are probably due to different and variable manufacturing process' phenomena and topics. What has been observed in the course of the studies is an "inter-batches" variation of the composition, which makes us assume that there are some steps along the whole product manufacturing process that are difficult to control.

In-depth information on the vaccines analyzed

The metagenomic tests of the vaccine "Priorix Tetra" presented a population of mutant viruses, for each attenuated virus, called quasispecies. Genetic variants of vaccine antigens could significantly alter both the safety of the vaccine and its effectiveness. In addition, there are serious dilemmas not only of a medical and scientific nature but also of an ethical nature; we list below the points that are most relevant to us:

As far as point 1) is concerned, we can strongly question the ability of the attenuated rubella virus to act as an immunogenic antigen, for the negligible quantity and for the attenuation that further weakens its effectiveness. This aspect needs to be investigated because there is a real risk that there are lots of vaccines on the market that do not immunize and are therefore not effective, not containing what is stated in the technical data sheet.

As regards point 2) is concerned, or the presence of adventitious viruses: to confirm it, it was necessary to check the sequences one by one manually using a different software (BLAST). It was thus possible toconfirm the presence of contaminating retroviruses the Following: 8

These viruses are known to be adventitious vaccine contaminants and are known tobe potentially dangerous, which is why manufacturers are required to verify that they are completely absent from the vaccine.

It follows that this in-depth analysis in this vaccine confirms two nonconformities on efficacy and safety:

Remember the EMA guidelines 9-10-11 which state that reads of "foreign" viruses must be ABSENT so not even 1 copy is allowed.
In addition, the presence of a non-residual quantity of human fetal DNA is reconfirmed, so as to make this impurity a real constituent of the vaccine, which should be reported in the technical data sheet and quantified.