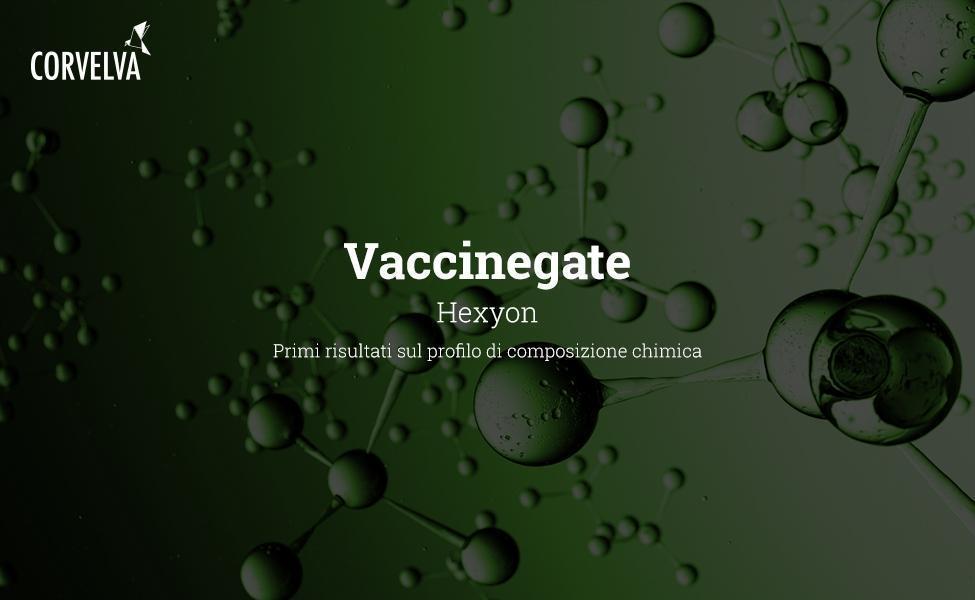 Thanks for the rain of criticism we have received on our methods (in reference to the previous results of the chemical analyzes of Infanrix hexa and Priorix Tetra), we are not at all happy to inform you that, even in the hexavalent Hexyon, we have encountered problems, but if nothing else this time some antigen has been detected (obviously with the same type of analysis, same method with which according to some "scientists" we would never have found anything).

To the technical complaints and criticisms made in recent weeks, we responded (link report https://goo.gl/WfRBJB) with the final analysis report. We suggest reading and spreading this document, together with the rest, because the explanations are rather detailed and precise.

In this sample of Hexyon (hexavalent) were found, as for the previous vaccines analyzed:

Unlike what happened with Infanrix Hexa, we underline with the same method, we have found:

However, the presence of:

This time a polymer was not found, insoluble and indigestible, as in the case of Infanrix Hexa (link report https://goo.gl/FaitUS), to prove that the problem was not in the methodology, but in the product.

Even in this case, however, we are faced with a product that does NOT seem to contain what it should contain. That is, of 6 antigens, only 3 were detected.

In addition to that, they have been found well 216 signals of chemical contaminants of which 30% are known, among these we find various processing residues and probable cross-contamination from other production lines, similar to the previous analyzes.
Among these signals, 16 (sixteen) chemical toxins have also been identified, probably coming from the antigens processing process or other production processes present at the vaccine production site.

We reiterate the concept: we are investigating the quality of the vaccines and consequently we can also obtain information on their safety and efficacy and in reality it is difficult to understand how it is possible to say that these vaccines are able to form protective antibodies against all six diseases for which we would like to protect ourselves and it is even more difficult to understand how it can be established that these contents are not toxic in infants, given that there are traces of numerous compounds that cannot be identified through the main databases. As always, we await the opinion of the scientific community on the matter.

In conclusion, even the hexavalent Hexyon, as already Infanrix hexa, according to the method we have commissioned, leaves enormous doubts both on efficacy and safety ...
We continue, and await answers.

Note: the present analyzes on Hexyon and those on Gardasil 9 that we will publish in the next few hours, will be added to the others in the proxy.